There are two tasks in collecting regular bill payments from consumers; first, delivering the bill/invoice, and second collecting the payment. There are now many options. 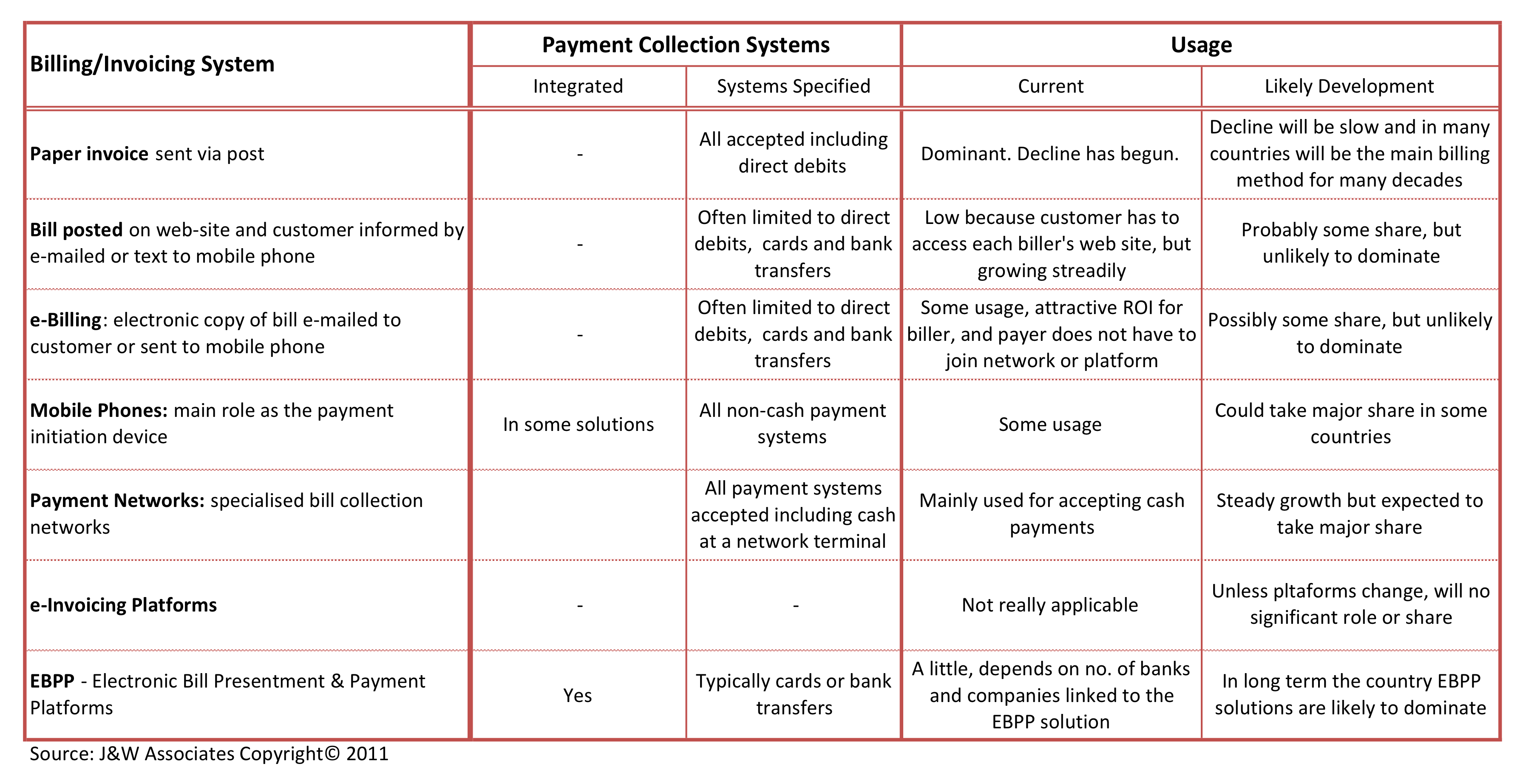 Delivering the Bills
Posting a paper invoice to the consumer is still the dominant billing system in most countries, but there are now many electronic alternatives, including posting the bill on the company's own web site, and e-billing - sending a copy of the bill to the customer's e-mail address or mobile phone. The bill is then paid by the consumer.

The main opportunities for cost saving in collecting bill payments are:

Integrated Billing and Payment Systems
The main type of integrated billing and payment services is the Electronic Bill Presentment and Payment (EBPP) that enables bills to be created, delivered, and paid over the Internet. Theoretically, such a service has applications for many industries, and types of business. The problem is that if each company set up their own EBPP service consumers would have to go into many different sites. These services have only been successful when companies and banks have combined to provide a single service covering a large number of banks and companies.

One of the obstacles to widespread adoption of EBPP has been in the complexity of the billing systems and processes used by competing banks and financial institutions. Some companies have resisted implementing EBPP for fear of being unable to cross-promote other services to customers, although some types EBPP service facilitates this type of marketing. Disputes over the adoption of uniform security and implementation standards have also held back the adoption.

Despite these difficulties, there are several multi-biller services. The success of these services has been directly proportion to the number of major companies and key banks on the services. In the Nordic countries and in some countries in the Middle East, EBPP services have been particularly successful. In the long term, in-country EBPP solutions bringing together the majority of banks and large companies will probably dominate.

Mobile Phones can be integrated with payment systems. Integrated bill presentment and payment services based on the mobile phone are beginning.

All posts in this section