During March and April 2013, Kyriba, in conjunction with the Association of Corporate Treasurers (ACT) conducted an online survey of treasury and finance professionals, all members of the Association.

Biggest priorities for the next 12 months 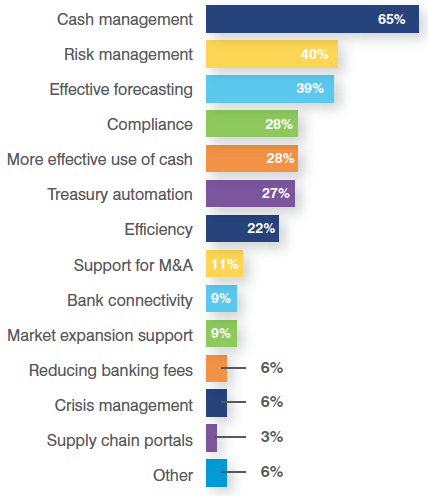