Financial statements are not the most reader-friendly of documents. Even for financial professionals, a lack of comparability between statements from different companies and a lack of transparency mean that investors and analysts often have to dig quite deep to find the information they need. But at the same time, the chief financial officer (CFO) needs some room for manoeuvre because each company has its unique characteristics. The Accounting Standards Advisory Forum (ASAF) is pursuing a project to improve communication in financial statements. Following its December meeting, several key problems were addressed and a report of the meeting, just published by the International Financial Reporting Standards (IFRS) Foundation, outlines some of the main proposals, which are part of the Primary Financial Statements project, with a focus on statements of financial performance.

Statements need to tell a story

The project gathered feedback from CFOs who prepare financial statements and from users who need to analyse statements for investment purposes, for example. The preparers expressed a need for “flexibility to tell my company's story”. Users, on the other hand, noted some of the weaknesses in how financial statements are currently presented:

The December meeting therefore addressed potential ways of resolving these issues, including introducing defined subtotals in the statement of financial performance, as well as proposals on management performance measures and ways to improve disaggregation.

The following IFRS slides show some of the suggested approaches to each of the problem areas: 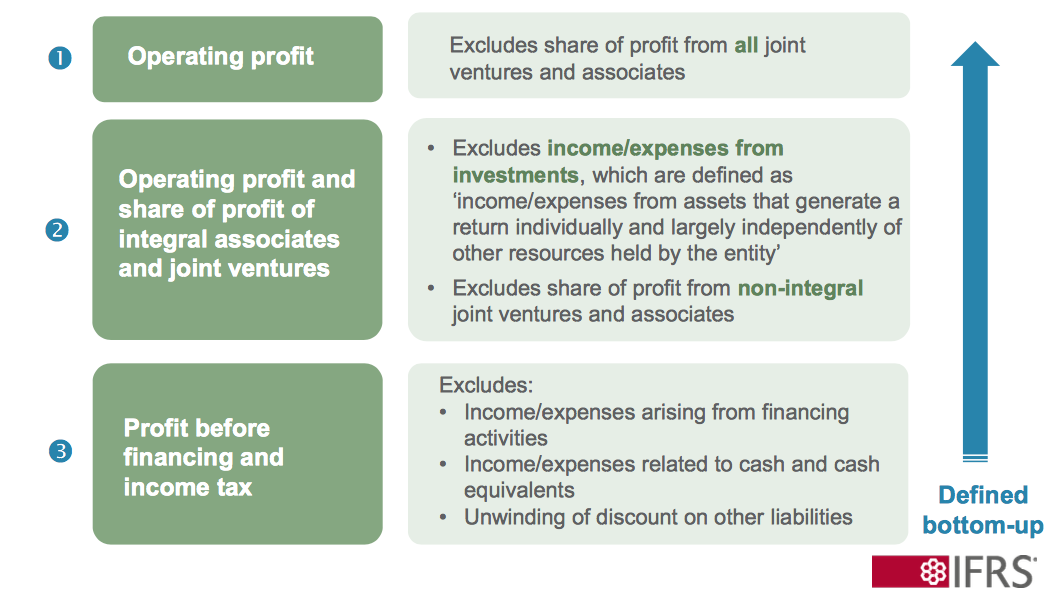 The meeting notes state that members were generally supportive of the proposal on subtotals, with most agreeing that the decisions on operating profit would improve economic decision-making by investors and would not be costly to implement. However, some members said that some jurisdictions already define and require presentation of an operating profit, which differs from the Board’s planned operating profit definition.

Proposals on management performance measures (MPM), which seek to address both the CFO's need to tell the company's story, as well as the investor's need for transparency: 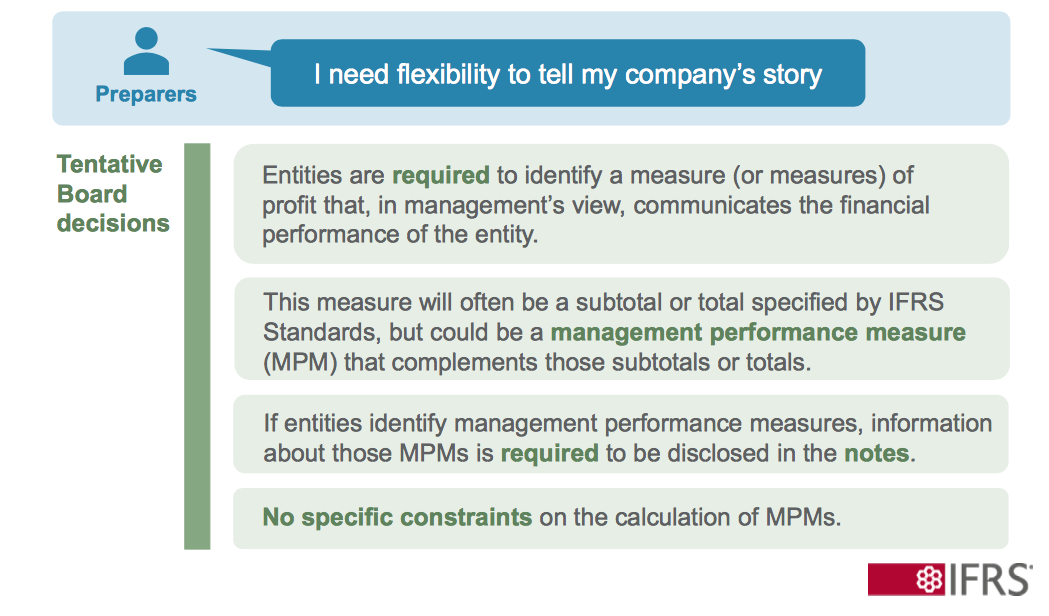 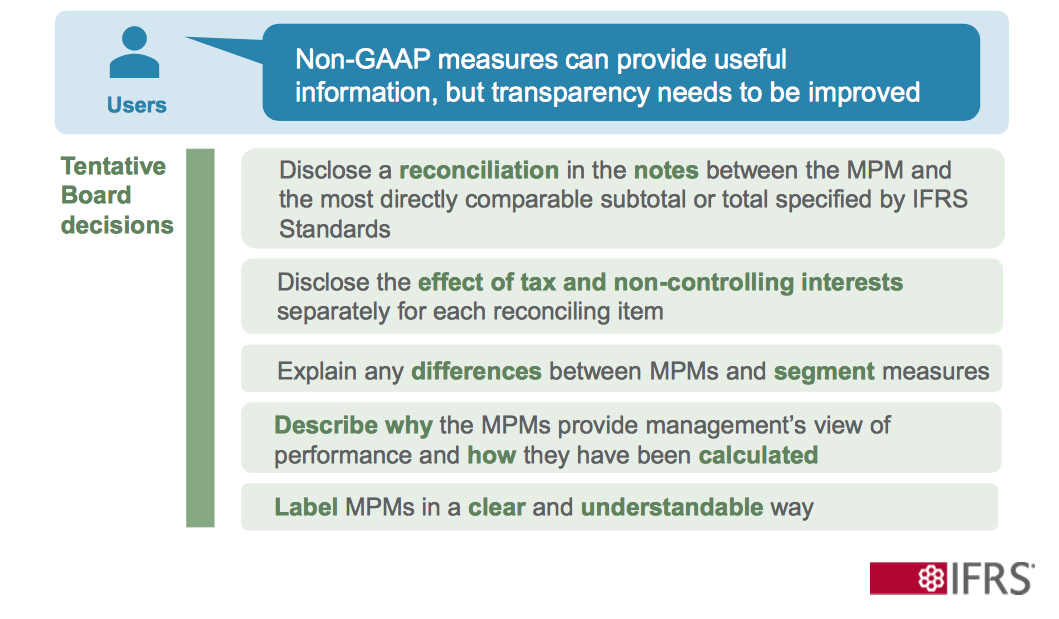 In the meeting, ASAF members were generally supportive of the MPM proposals, with most members saying these would improve economic decision-making by investors. However, concerns were raised that providing tax and non-controlling interest (NCI) effects for each adjustment would be costly for preparers.

Ways to improve disaggregation in financial statements, including transparency for data on infrequent or unusual items: 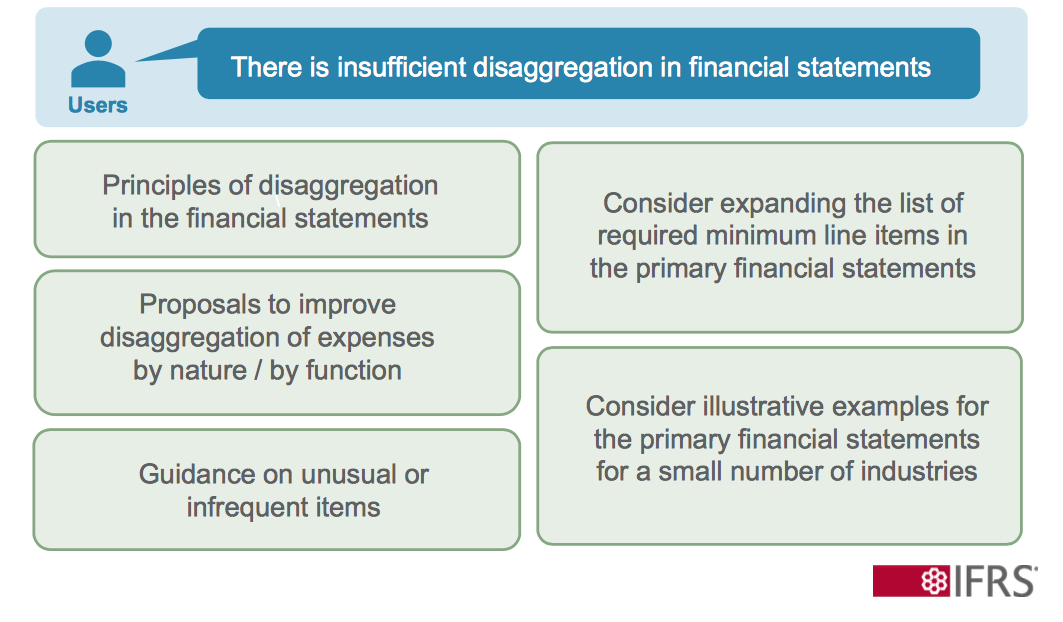 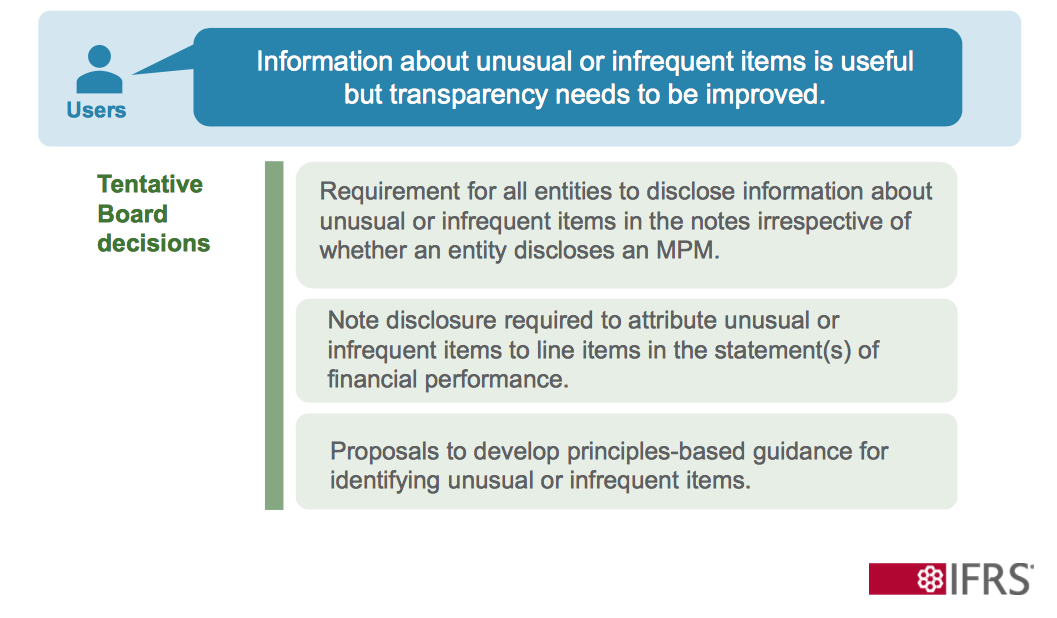 The French accounting standards organisation, Autorité des normes comptables (ANC) said their stakeholders wanted to disaggregate expenses using a mix of functional and natural line items in some cases. The member also asked the Board to consider the possible implications of the draft proposals on disaggregation for the IFRS Taxonomy.

The detailed notes from the meeting can be read here.

The push towards green disclosures: How will you benefit?

What will financial reporting look like in five years?