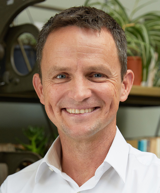 The collapse of Carillion means the tragedy of layoffs, not only for thousands of workers within the company, but also for many of its 30,000 small and medium-sized (SME) suppliers who are owed hundreds of millions of pounds. And, in turn, the suppliers of those suppliers who will, in turn, feel the terrible ripple effect of defaults on unpaid invoices.

A key component of this human and economic disaster which deserves more attention is Carillion’s payment terms of 120 days, particularly hard to justify when Carillion’s main client, the Government, paid their bills to Carillion in 30 days or less.

Long payment terms is a problem not only confined to Carillion and could the same situation could well resurface for another company if the underlying causes of slow payments are not addressed across the economy.

120 day payment terms mean that a supplier that has delivered goods to Carillion has to wait four months until they are paid. Think about that. Imagine that when you ordered your coffee this morning, you said to the barista,  “send me an invoice and I’ll pay you in four months”, as you breezily walked out the door drinking the coffee. That’s how payments work in B2B.

The usual practice in B2B is that a buyer will check the goods and invoice before they pay, which might take from a few days up to a month. In the last 15 years, however, there has been a trend towards extending terms to 120 days or beyond. In Europe it is not uncommon to see 180 days.

It makes no sense at all for a large corporate with easy access to cheap debt and a cost of capital of 1-2% to be “borrowing” from its SME suppliers, who are in the worst possible position to lend, with a cost of capital that might be around 30%. That is a huge economic inefficiency, and one that has been unrecognised for too long.

Why would a large corporate extend its payment terms?

Unfortunately, in the conversation around slow payments we can all too often slip into a caricatured view of multinational businesses uncaringly ignoring their suppliers and refusing to pay their dues. For the vast majority of businesses, that isn’t the case. From supermarkets to high-tech manufacturers, businesses understand the value of a quality supplier and invest time and resources into cultivating their supplier relationships. But in a large, complex, siloed organisation, the mechanics of payment terms is a very difficult topic to address.

The principal reason it takes so long for large corporates to pay a supplier is the complexity of a large corporate buyer’s payments processes. Suppliers, goods or services and invoices all need to checked, frequently in a highly manual way, and usually by disparate and offshore teams. This is a cumbersome process that takes time.

Small suppliers are disadvantaged by the very fact that they are small, both in the agreement of payment terms upfront and in the prioritisation of invoices when received. SMEs  that supply a large company such as Carillion do not have  the negotiating  power to obtain better terms, and so if Carillion wants an average of 120 days, and its largest suppliers manage to obtain shorter than that, then the SMEs  get pushed to terms even longer than 120 days to compensate. Then when invoices are processed, the workload will be prioritised by size of the invoice, which pushes the SMEs to the end of the queue, further increasing the processing time. And even when the buyer tries to address the inefficiencies caused by long payment terms, the tendency is to focus on the large suppliers since that is where the quickest progress can be made.

The end result is that the cost of financing of the total supply chain is being borne in a significantly out-sized way by those in the weakest position to do so: the SMEs.

Addressing this issue would provide a huge boost to the economy and power growth for hundreds of thousands of small suppliers.

One such solution is supply chain finance (SCF) that allows a bank to forward the value of an invoice, minus a small charge, on to the supplier just a few days after the invoice has been approved by the buyer, and the bank then recoups the money from the buyer. In Carillion’s case, it might take 20 days to approve an invoice, so this would mean the supplier could be paid by a bank after 30 days instead of waiting for 120 days. Carillion did indeed roll out such a programme over the last few years. While this sounds beneficial, it is important to bear in mind that traditional SCF is only available and appropriate for the very largest of suppliers, typically only the largest 1%, who are usually FTSE 100 companies themselves.

Not only are SMEs left out, but SCF can actually make it worse for them, because now the largest suppliers are getting paid well ahead of the SMEs, who have been pushed to the back of the queue.

Large corporate buyers need to make any early payment programmes available to the entire supply chain, including the smallest suppliers for the smallest invoices. This is not just a moral imperative, buyers stand to make significant competitive gains by becoming a ‘buyer of choice’ for their suppliers and avoid growing reputational risks from treating suppliers in a way which is perceived to be unfair by regulators and the public.

In fact, with SMEs contributing the majority of growth in the economy, we would all benefit from improved early payment programmes. These programmes need to be made available not simply on a theoretical basis, but they also need to be practically accessible, so that an SME is not excluded because it can’t cope with the high technology, onboarding and administrative burdens. In today’s digital world, that is perfectly achievable.

It’s in the interest of large corporates to have their suppliers paid fast, not slow. Buyers and sellers alike want this solved, and it would be a huge positive boost to the economy and create millions of new jobs. We just need to give buyers the right tools and incentives to make it happen.

With today’s technology able to apply machine learning to big data, it is perfectly possible to have all suppliers paid instantly, on the day an invoice is received, without the buyer having to change its terms or bear any risk. This has the additional benefit that the risk of buyer bankruptcy can be moved to places that are in a better position to manage, diversify and hedge it, than with SME suppliers. The tools now exist; they need to be used.

Paul is a senior financial services executive with extensive experience as a founder, executive, advisor, investor, and lecturer in the sector. He is the Co-founder & CEO of Previse

How to really piss your suppliers off with your payment terms, procedures and systems