CFOs are generally optimistic about the global economy and their companies' prospects in 2018, according to CFO Signals, the latest quarterly North America CFO survey from Deloitte. The data showed that about 52 per cent of CFOs expressed rising optimism, while just five per cent cited declining optimism. In Q4 2017, three-quarters (74 per cent) of North American CFOs said that current economic conditions are good, compared with 64 per cent in the previous quarter. The CFOs surveyed were mainly from the US (86 per cent) but also from Mexico and Canada. CFOs' assessments of the European and Chinese economies showed marked improvement, with an increase in CFOs saying current conditions in Europe and China are good, compared to the previous quarter.

The survey highlights include:

The survey also looked at business planning and showed the following results:

Corporate taxes should be key focus in US

The survey also showed that CFOs are most keen for the US administration and Congress to focus on tax policies, as shown in the graphic below: 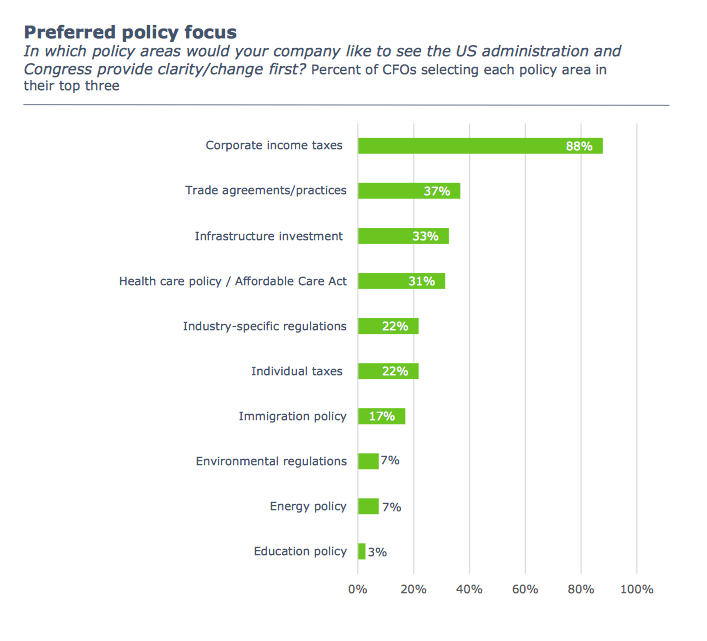 CTMfile take: Last quarter's CFO Signals survey - see link above - has a lot of detail that could be useful for financial professionals working in North America, particularly the sections on Business Planning for 2018.