In a survey of chief financial officers (CFOs) by US broadcaster CNBC, most executives have doubts about the US president's ability to push his reform agenda through Congress by the end of this year.

The survey of the small group of CFOs – just 35 – suggests that most harbour doubts that Congress will pass the president's reforms in six key legislative areas, which were: healthcare reform of Obamacare, the wall across the Mexican border, infrastructure, personal tax reform, corporate tax reform and repatriation.

The graph below shows that during the eight months of the Trump presidency, CFOs participating in the CNBC CFO Council Survey are somewhat losing faith that reforms will be enacted by the end of 2017, particularly on healthcare and on the Mexican border wall. Respondents were about 21 per cent confident that reform on Obamacare would be passed into law, and about 17 per cent confident of legislative success regarding the Mexico wall, while confidence on both personal and corporate tax reform is also low, between 35 and 40 per cent. 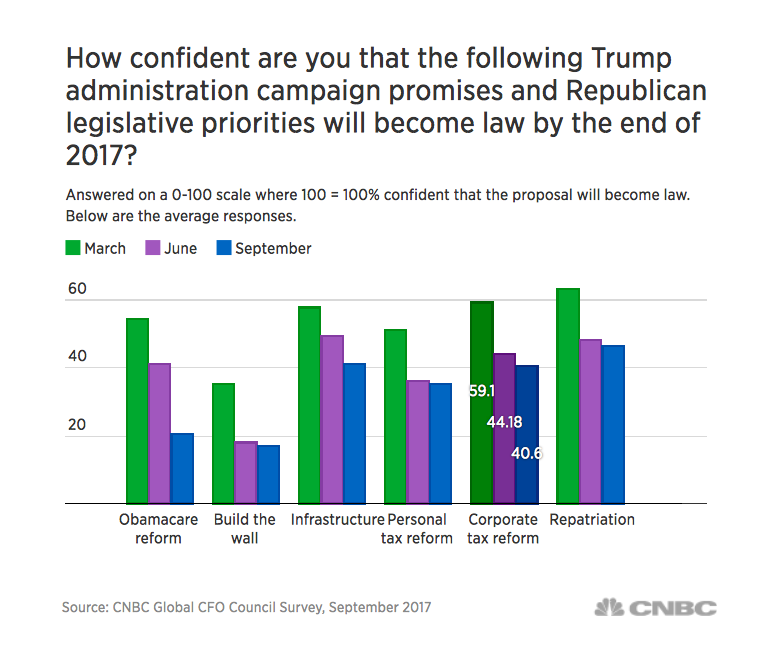 Despite the lack of concrete progress in the six priority areas, the US treasury secretary, Steve Mnuchin, told CNBC that the administration remains focused on tax reform and is confident of having a tax reform bill in 2017.

But the CFO at Luxoft, Evgeny Fetisov, told CNBC: “What we have seen in the previous surveys of the Global CFO Council is that businesses were somewhat skeptical about the abilities of Donald Trump to move the reform agenda forward... What we see right now is that they are becoming even more sceptical.” He added that he expects the lack of reform progress to continue in 2018. 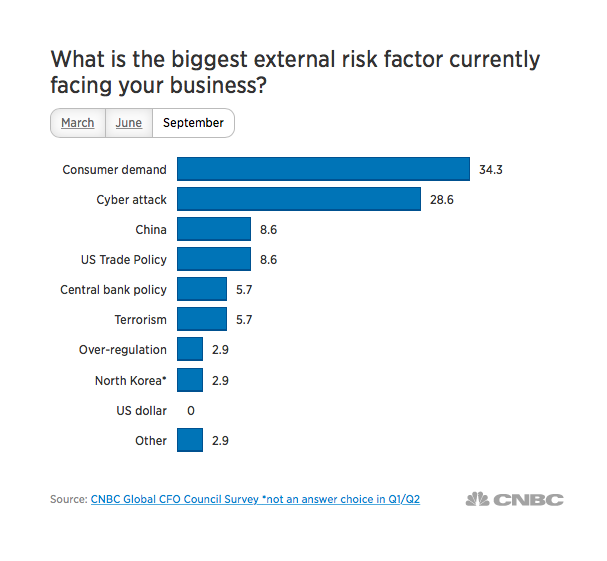 The impact of Trumponomics

Trumponomics: what does it all mean for global corporates?