A survey of more than 500 chief financial officers, conducted by McKinsey at the beginning of 2016, shows that the role is becoming increasingly diversified and that the CFO mandate is expanding to cover areas including IT, cybersecurity, risk and M&A.

What does a CFO actually do?

The survey begged the questions 'what does a CFO actually do?' and the answer is 'not what you think'. It found that CFOs are increasingly taking on responsibility for areas outside their traditional domain and many non-financial functions now report in to the CFO. These include: corporate strategy, regulatory compliance, IT, investor relations, cybersecurity, digital and physical security. This logically leads to CFOs having to spend more of their time on non-financial matters. More than four out of 10 reported that they are now spending most of their time on non-financial issues, such as strategic leadership, organisation transformation and performance management. The graph below shows how CFOs are mainly spending their time: 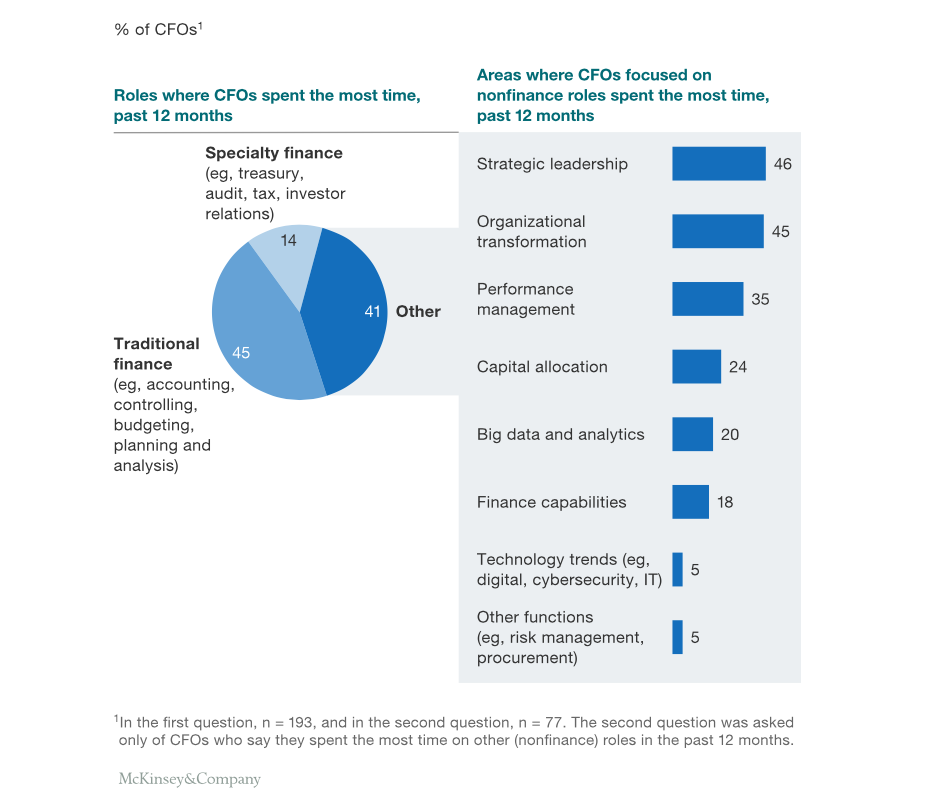 There is also concern that companies don't have the necessary skills and resources to successfully digitise their activities. The graph below shows that fewer than half of companies said they feel well prepared to be competitive in the areas of digitising business activities, managing shareholder activists, cybersecurity and big data. 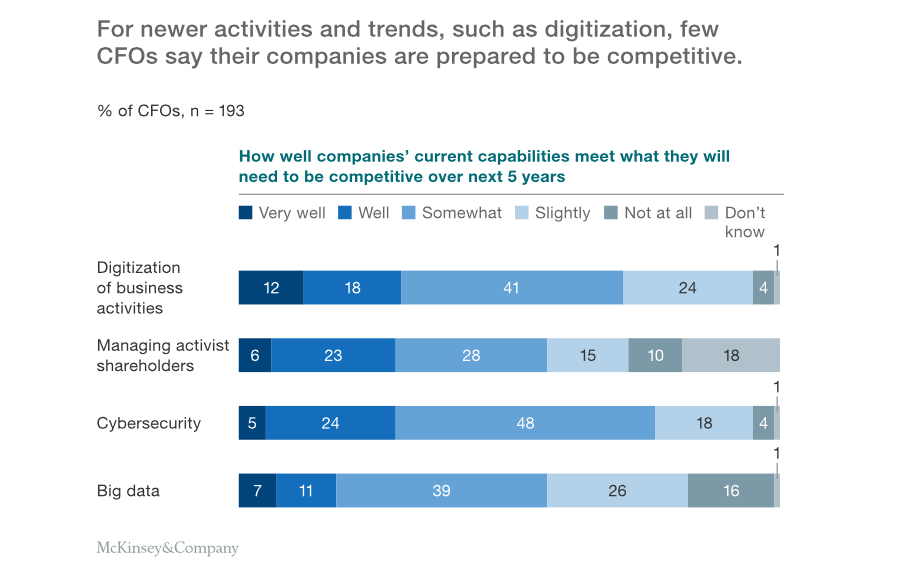 Key findings from the survey include:

Why CFOs and treasury must lead on analytics

Will CFOs ever accept: in corporate treasury OUTSOURCING IS OFTEN A BAD IDEA