Since 2017 beggars in China have been carrying QR codes in their begging bowls to accept donations via Alibaba Group's Alipay or Tencent's WeChat Wallet, see: 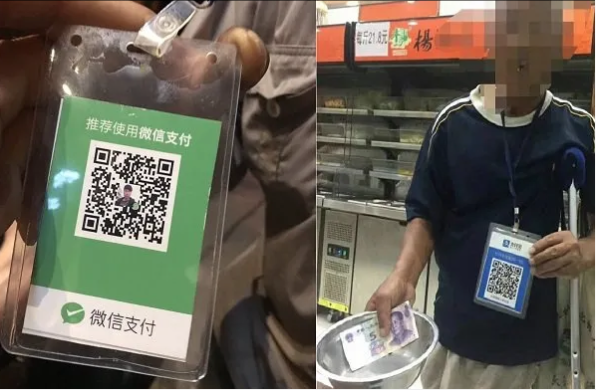 Initially, small businesses and local start-ups paid the beggars for every scan they got, so they could afford the mobile phone. The scans allow businesses to collect user data via e-wallet apps, and then the data was compiled and sold for marketing. Now, this is less of a problem as many have them.

Beggars in China, like everywhere else, place themselves near tourist places and subway stations. Recently there has been, not surprisingly, a fall in the number of beggars asking for cash.

The move away from cash is causing real problems for charities specializing in collecting cash in sponsored events such as street exhibitions, e.g. puppet shows or the Rotary Club’s Father Christmas sledge doing a tour of the town with collectors holding buckets to catch the cash, etc.

Contactless payments are not attractive at the moment because when you need to enter a specific amount on the keyboard which is a ‘petri disk’ of possible germs and viruses.

This is where the QR code payment channel comes into its own because there is:

In 2020 IDEAL had a 30% growth in transactions and in last December’s LockDown month the growth rate was 40%, an impressive growth rate. While at the same time the use of QR codes exploded: At the end of 2019, around 100,000 iDEAL payments per month were paid via a QR code AND by the end of 2020 the volume had increased to 450,000 payments via QR per month. Part of this explosive growth was using QR codes to collect donations via specialised collection boxes provided by the Dutch Payment Association, see below. 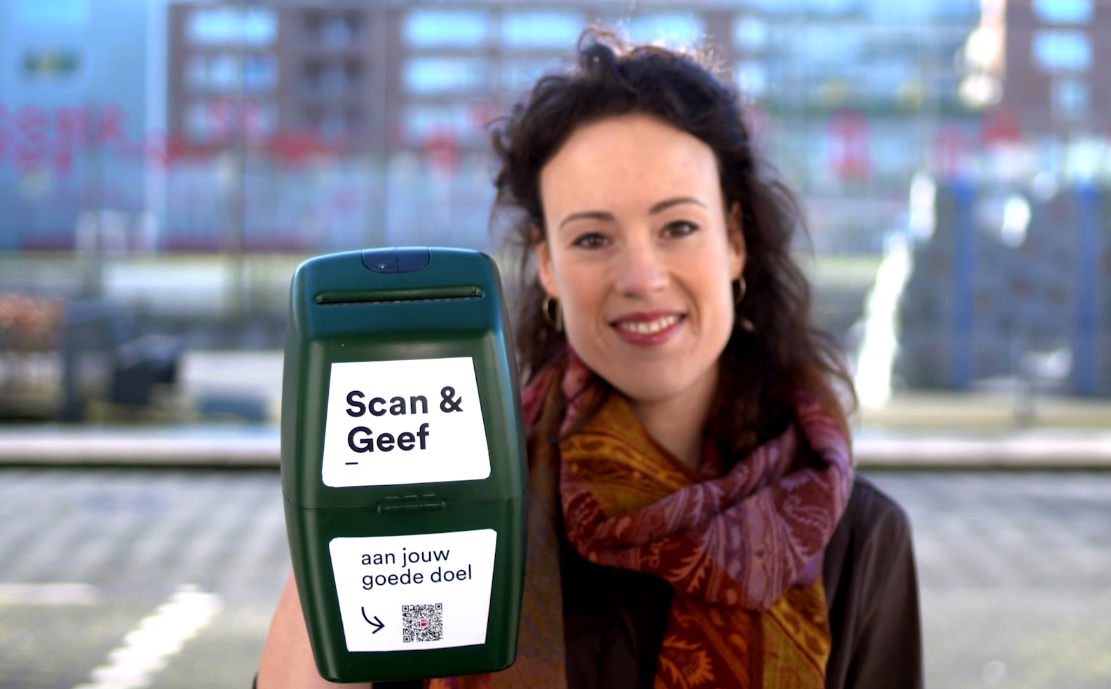 Vital feature is missing in UK

An important feature of these iDEAL QR-codes is that they can be scanned directly with the mobile banking apps from most the Dutch banks, covering over 10 million Dutch bank customers. So Dutch consumers (and the charities) can be confident that they will be able to pay/collect via the QR codes. But in the UK banks do not have a general system, e.g. the PayIt QR code is only usable by Barclays customers.

What is needed in the UK is interoperability between the QR codes. The regulators (?) need to provide a QR code standard that Payments UK and the banks adopt as the Netherlands, Hungary and Singapore have done.

CTMfile take: The UK Payments ecosystem is letting the charities (and beggars) down. COVID-19 impact and habits are going to last for years. The QR codes solution is needed now, not in few years when the banks and their payment systems get round to it.

On the fourth day of Christmas my cash flow guru sent me tips on how to: