“Currencies are unit systems that facilitate collaboration in a community,” according to Leander Bindewald project manager of the EU Interreg project Community Currencies in Action (CCIA.eu) at The New Economics Foundation (NEF). Corporate treasurers are used to currencies such as the EUR, USD and GBP, which are created by banks and governments, but are not so familiar with the Complementary Currencies (as Bindewald calls them) that are created by ‘people’ based on “resources” and mutual agreement. In his talk at the Association of Corporate Treasurers Cash Management Conference in Februrary 2015 Bindewald raised some fascinating questions about the future of money and value exchange.

Complementary Currencies (CC) are created by ‘people’ based on ‘resources’ and mutual agreement, for example:

Most of Complementary Currencies (CC) are community driven projects that aim to keep business and activity within the area. Even so, as they grow and expand could these CC need to interchange with financial currencies?: 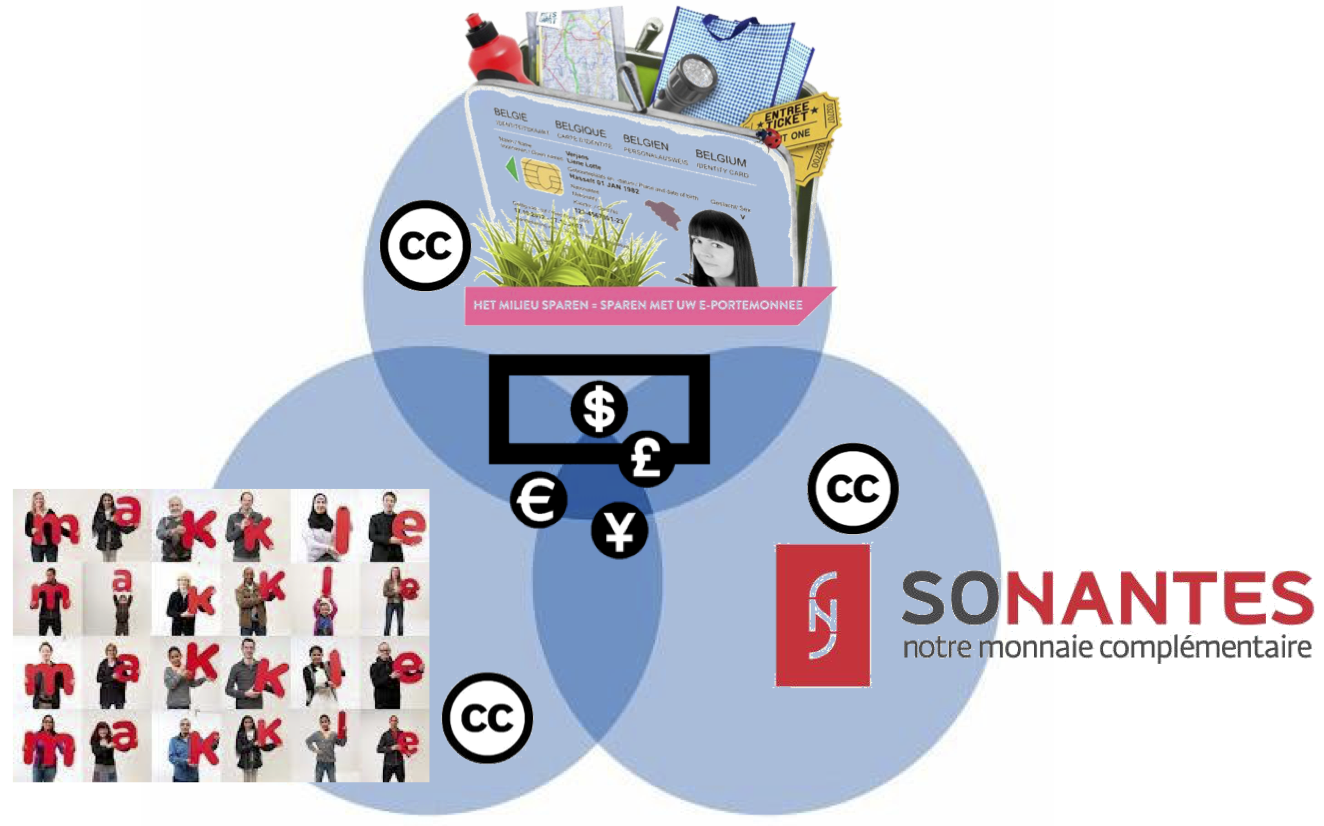 Some complementary currencies like the Brixton (http://brixtonpound.org/) and Briston Pounds (http://bristolpound.org/) do this already at strict parity with the GBP, and citizens of Nantes will be able to “buy into” the business -to-business network of the SonNantes for Euro.

But for those currencies that have been set up on non-monetary values in the first place, this is unlikely. Similarly, the commercial bonus point schemes, e.g. Amex Rewards, the Nectar scheme in the UK, the IHG hotel scheme will need to retain their internal focus.

But separate payment currencies can be developed if they have a one-to-one conversion rate to the local currency which is how the world’s largest mobile payment system, M-pesa in Kenya works with a 1-to-1 conversion to Kenya’s shilling.

Cryptocurrencies such as the Bitcoin have published conversion rates for all the major currencies, e.g. the XE web-site lists the exchange rates:

XE are careful to stress that, “Bitcoin is not legal tender in any country and is not recognized as an official currency by any regulatory authority. XE does not endorse nor express an opinion as to whether or not Bitcoin is an official or legitimate currency.”

Conversion between one cryptocurrency and another can be very simple as no account with a bank or anyone is needed, for example, see the ShapeShift service:

Bringing the currencies together

“Money is not metal; it is trust inscribed” according to Harvard Professor, Niall Ferguson. The first requirement for money is trust in the currency - the unit of money, and then, if needed, to exchange it into other currencies. FX exchange rates work efficiently world-wide, although there are great difference in the rates charged with mid-rate seeming to be the fairest - see. However, there is already a need for exchange rates for converting to & from cryptocurrencies - Bitcoin, etc. Indeed, Kipochi tried in 2013 to launch an M-Pesa integrated bitcoin wallet which allowed people in Africa to send and receive bitcoins, plus convert them to and from the Kenyan currency M-Pesa. It failed because M-Pesa wouldn’t co-operate, but cryptcurrency wallets are here to stay and will need FX conversion services.

Most complementary currencies are unlikely to need FX conversion to financial currencies, unless they become really huge/global and then operators might have to provide currency conversion.