The Retail Bank Research consultancy report in their Global Payment Cards Data and Forecasts to 2023 shows that issuers across the world are increasingly adding contactless functionality to their payment cards, often as a way of persuading their customers to use cards rather than cash. At the end of 2017, there were 5.3 billion contactless cards in circulation worldwide – this represents 35% of all cards, a share that RBR forecasts will increase to 57% by 2023, as banks will continue to convert existing cards to contactless while also providing this functionality as standard with newly-issued cards. In China, the world’s largest contactless market, the central bank has mandated that all newly-issued cards must be chip cards with contactless functionality. 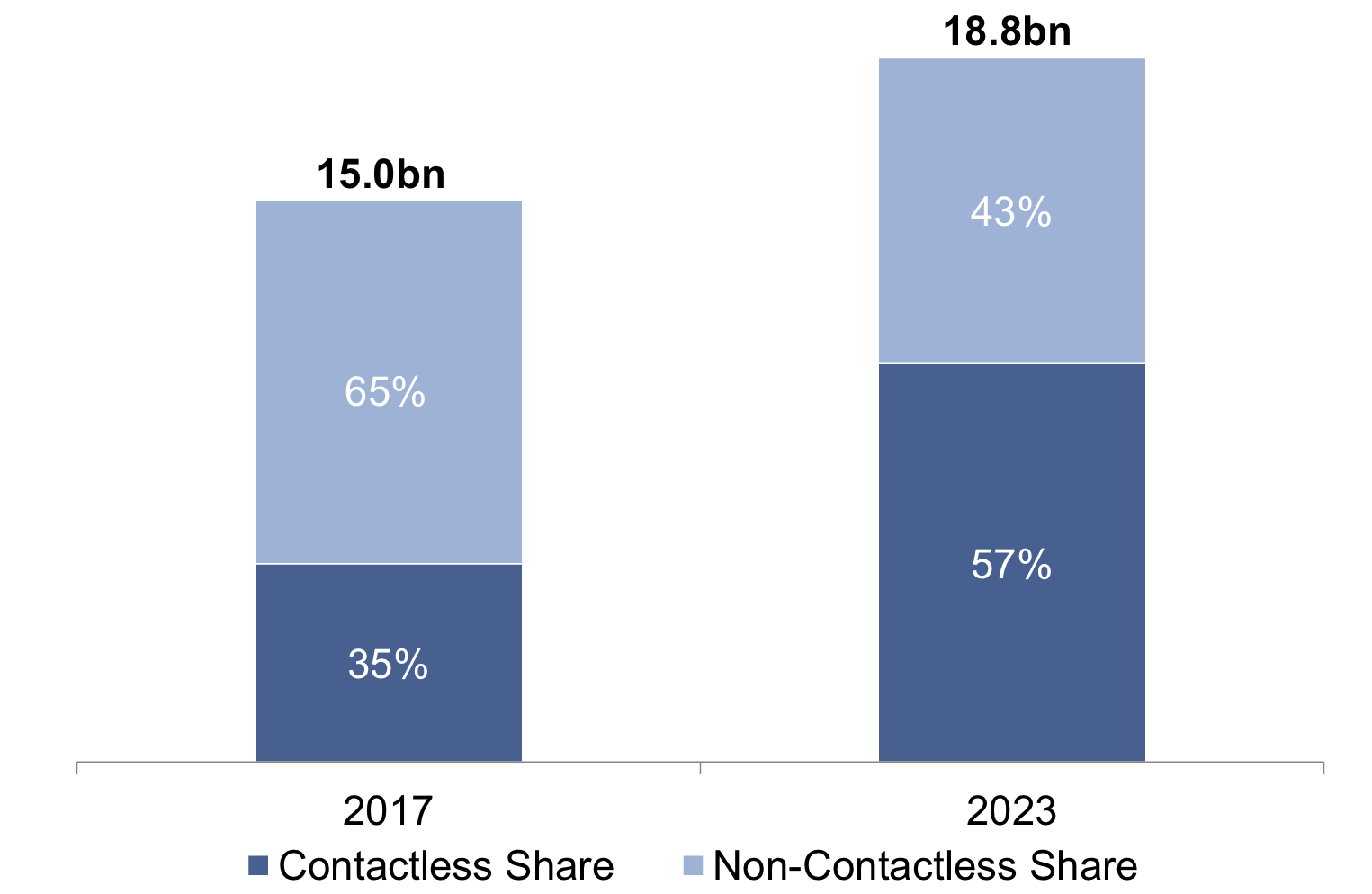 Contactless payments not yet commonplace everywhere

Cardholders are encouraged to use these cards, rather than cash, by advertising campaigns which highlight the speed and convenience of contactless, especially in merchant outlets which sell low‑value products such as drinks and snacks. The number of contactless card payments worldwide increased by 88% in 2017.

Contactless payments are now commonplace in some regions, most notably in European markets such as Sweden and Denmark, where cards have long been established as the payment instrument of choice at POS, and contactless was the logical next step. In markets such as Hungary and Poland, contactless was adopted early, and customers have had time to become familiar with the technology. Contactless usage is less common in the Middle East and Africa and Asia-Pacific, where debit cards tend to be used for cash withdrawals rather than payments.

Contactless payments seem the natural addition to payment cards, but maybe there is a much simpler solution: QR codes as the trigger for the payment: 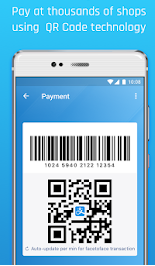 All the merchant needs is a piece of paper with their merchant QR code and they will get paid through the Alipay or other QR code-based systems. No wonder Alipay has partnered with six mobile wallets for Europeans to extend their coverage in Europe.

For merchants, it is so simple to use QR codes. As Chris Skinner writes in his blog yesterday, “No upgrade needed. No new terminals needed. Just a piece of paper or plastic or cardboard with a code on it that can be read by a mobile app. It’s so simple that even the homeless and the street hawkers can use it to take a payment. No Square or iZettle needed. Nothing.”

Chris believes that QR code-based systems would be much more cost effective in the USA than rolling out the new contactless technology particularly if existing mobile wallets like Zelle or Venmo used it too. The Alipay Press Release on their agreement with the mobile wallet providers in Europe explains, that, “When fully realized, users of the participating American digital wallet will be able to make QR code-based payments with their home app to local merchants across all of America where that app is accepted. At the same time, merchants that already accept mobile payments via the app will be able to easily accept payments made by Alipay’s Chinese users.”

CTMfile take:  Do we really need contactless payment technology? Probably, although not sure, what is clear is that your sales outlets should be accepting payments from the QR codes based wallets. Remember the installation costs will be minimal.

In UK: Pay 1.75% per chip and PIN or contactless for all major cards (even Amex)

Myth or reality: How to pay suppliers instantly