Volatile currency markets and MiFID II are bringing the value of FX trading into focus, with corporates, investors and institutions placing more importance on cost and returns, according to the Greenwich Associates 2015 FX Survey, published in association with Thomson Reuters.

The survey found that transaction cost analysis (TCA) is becoming more widely used to determine how efficiently foreign currency transactions are being executed. However, only 8 per cent of corporates in the survey said they used this technique. It is far more used by hedge funds (42 per cent) and fund managers (29 per cent) and is more commonly used in Europe and the US (20 per cent and 27 of institutions in those respective regions use TCA).

Overall, TCA was used by a minority of large institutions in 2015 (just 17 per cent globally, according to the survey), this figure rose from 15 per cent in 2014. The graph below shows the use of TCA by region and type of institution. 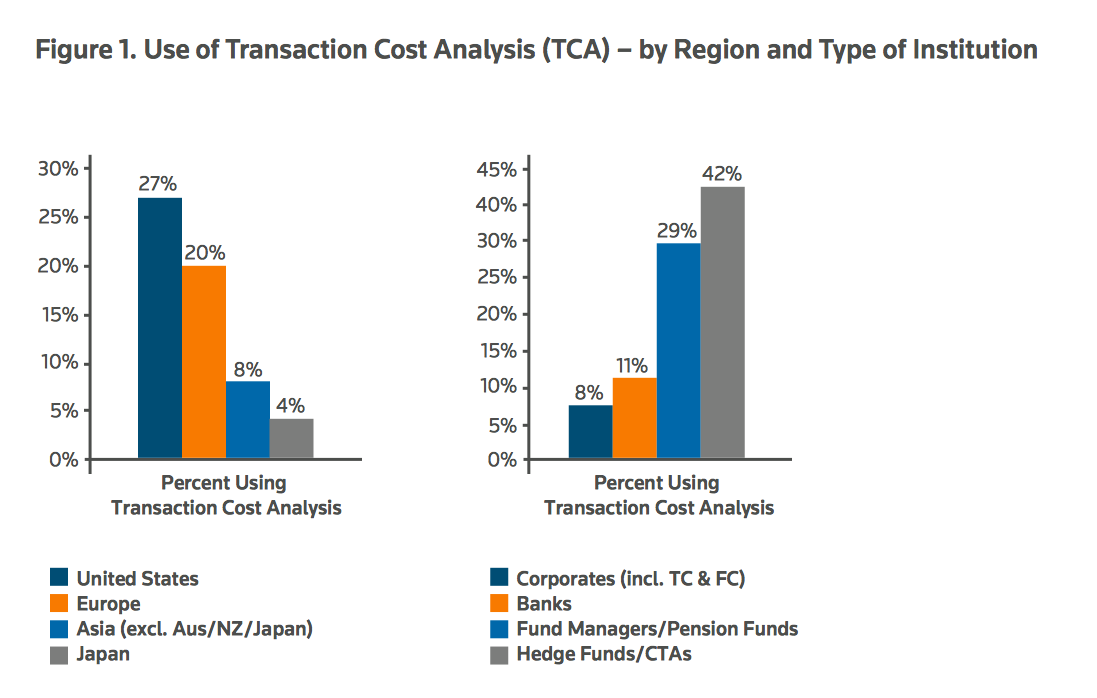 Other key findings from the survey include:

FX Risk Management in a New Era of Volatility