New Change FX, an independent FX consultancy, has a mission “To provide live, independent benchmarks to foreign exchange market users in order to deliver transparency.” That is all they do. They help clarify your FX costs, that is their only business and that is what is missing from the FX market today.

NCFX believe that the benchmarking of the FX market needs to be separated from market making. Andy Woolmer, NCFX Managing Director, commented, “All of the issues that we see from the WMR and other ongoing pricing issues arise because market makers are also making the benchmarks. So we have created live reference rates that have nothing to do with any bank or market makers, but that accurately reflect the market price”

NCFX accept that any kind of trade – spot or forward, hedge or risk - incurs a transaction cost. When trading equities there is a price for the equity and a cost of execution. It should be exactly the same for FX, but the cost is usually not transparent. They believe that certain elements of the cost are justified, e.g. bid/offer spread, credit, etc., but  the client should be aware of precisely what the level of these charges is so that they can do something about them if they are perceived to be too high.

The core problem in FX is how to determine what is the market price for each currency pair. It is not useful, as we are seeing more and more evidence for, the 4 p.m. benchmark fixes because they can be ‘amended’ by all sorts of market behaviour. A new way of establishing the true market price of the currency pair at the precise moment when the transaction is carried out is needed. NCFX believe they have developed just that.

The NCFX mid-rate (the mid point between bid and offer) spot prices are calculated every 20th of a second.

NCFX don’t allow any bank to know exactly how they are produced because they might try and influence them. In general terms, NCFX use data from the ECNs (Electronic Connectivity Networks) in the FX market which aggregate all the banks rate data as well as the liquidity provided by other market-makers. They have brought together multiple ECN platforms to be able to create a live mid-point benchmark for each currency pair. These benchmarks include the liquidity from all the banks,platforms and market makers, and from this data they calculate the mid-point price live and in real-time.

NCFX don’t look at the actual traded rate because this varies by client credit relationship with their bank, e.g. Blackrock gets a different rate from an SME, and by the size of the transaction, e.g. £1m gets a very different rate from £100m. Taking the best bid and best offer rate for each millisecond removes all these variations, it is the ‘true’ mid-point of the whole market at that moment. Woolmer passionately believes that taking settled rates reflect the credit position of the different players, rather than the live mid-point of the market as a whole

NCFX believes that this true mid-point price for the whole market is the starting point for measuring the complete FX slippage costs. Corporates should know what the market rate was in each deal, e.g. a deal slip could look like this: 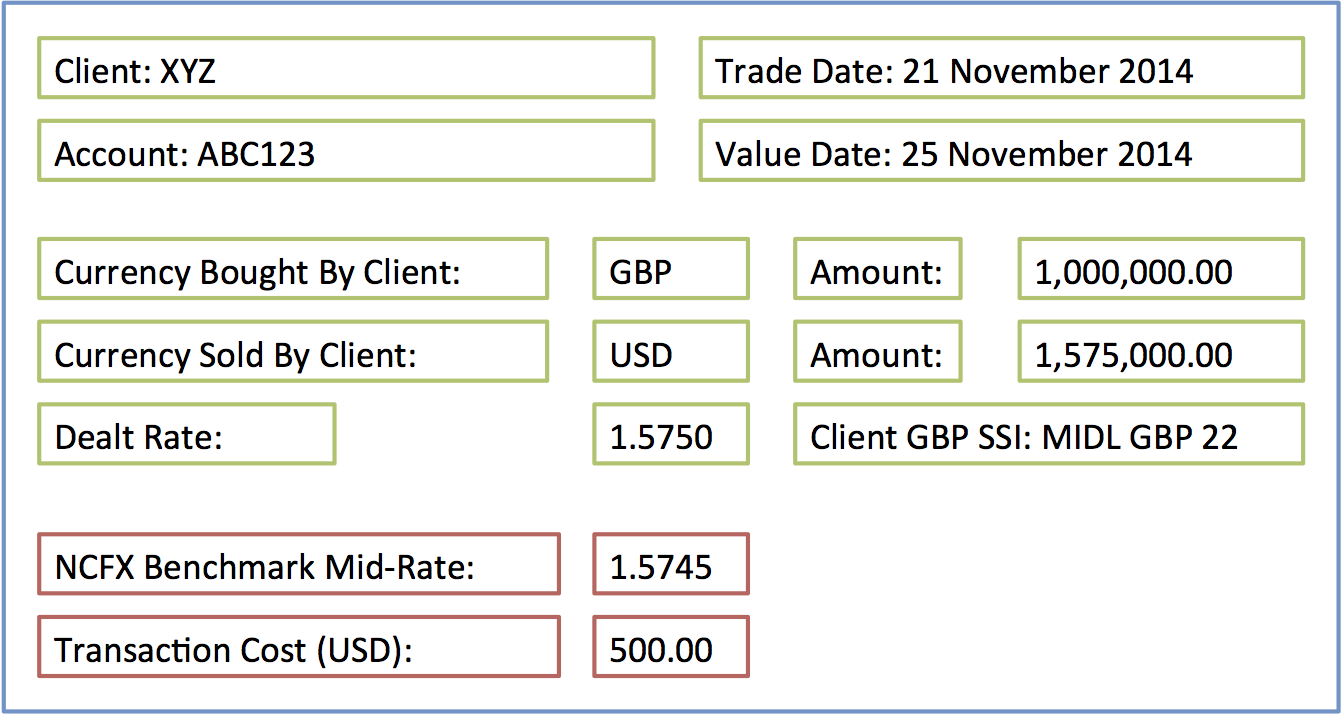 N.B. The full transaction cost is shown for the first time.

To use the NCFX service, your bank or broker takes the live benchmarks from the NCFX servers and applies the reference price to the deal slip when your trade is executed. The bank pays NCFX for the use of the feed.

Some other banks have built algorithmic execution tools in order to achieve benchmarked execution over bespoke time periods.

NCFX have found that the reaction to their new benchmarks have varied. “Some banks and brokers have been amenable to a business model in which an independent reference rate is used, and are now adapting their businesses to a more 'Agency' focused business model in order to take advantage of the change in attitudes towards FX execution,” explained Woolmer.

FX TCA is now much simpler

In FX Transaction Cost Analysis corporates can now see the true mid-point rate for each deal, and the dealing fees and costs from the bank as well as the NCFX MidRate Benchmark fee, as shown in figure below: 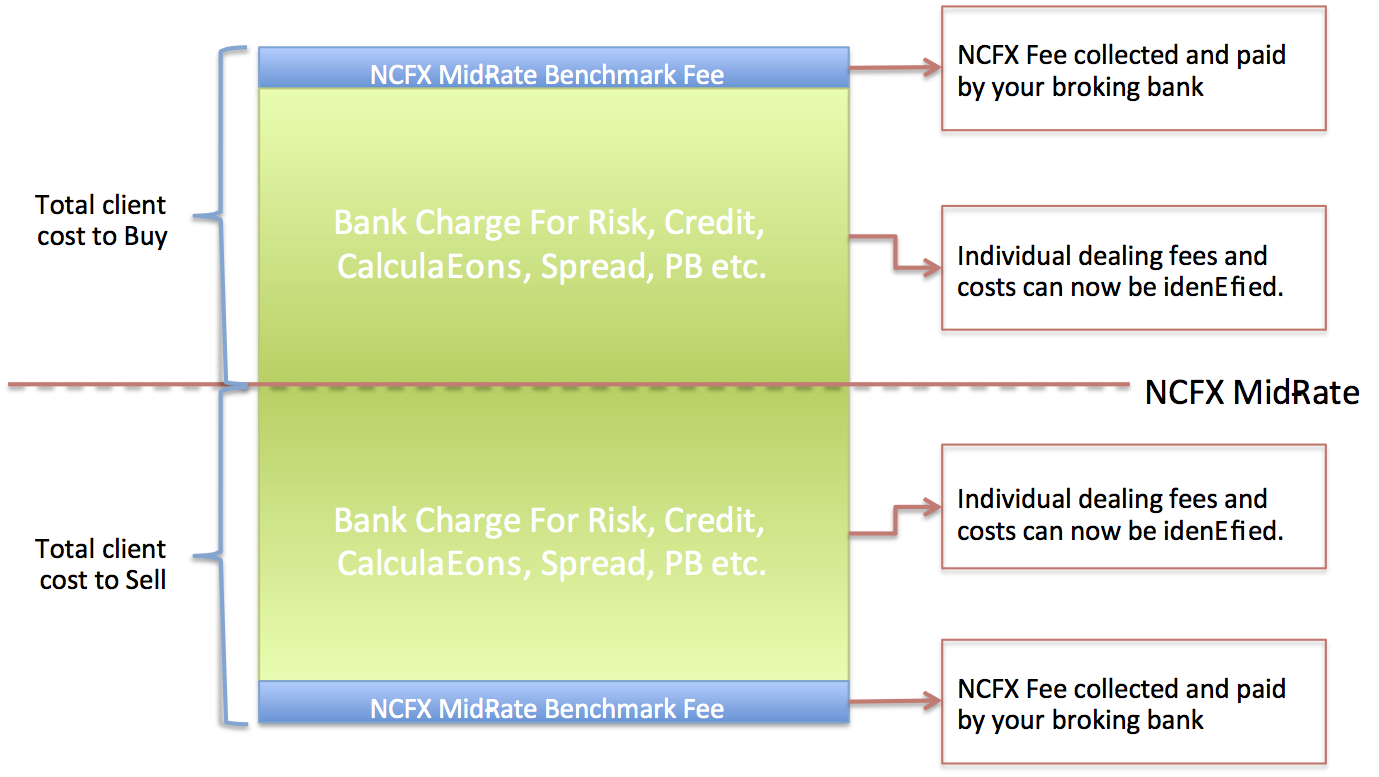 Users of the NCFX benchmark figures have typically experienced a 70% drop in their FX slipopage costs.

CTMfile take: Using the mid-point bid/offer benchmark for a currency pair for the whole market, uninfluenced by market makers, is the starting point for transparency in the FX market. The clarity by which corporates can see their exact FX costs is startling, and simple to implement.