It identified at least 44 central banks who are working on some form of CBCD. This and several other reports employ the “money flower” to explain what is happening.

The report explains that “The following “money flower” is employed in several reports on CBDC to help define CBDCs relative to other forms of money. The two subjects circled in purple represent retail and wholesale CBDC, while the two subjects circled in green represent privately issued cryptocurrency such as bitcoin and ether, in either a publicly accessible “permissionless” form or a privatized “permissioned” form. 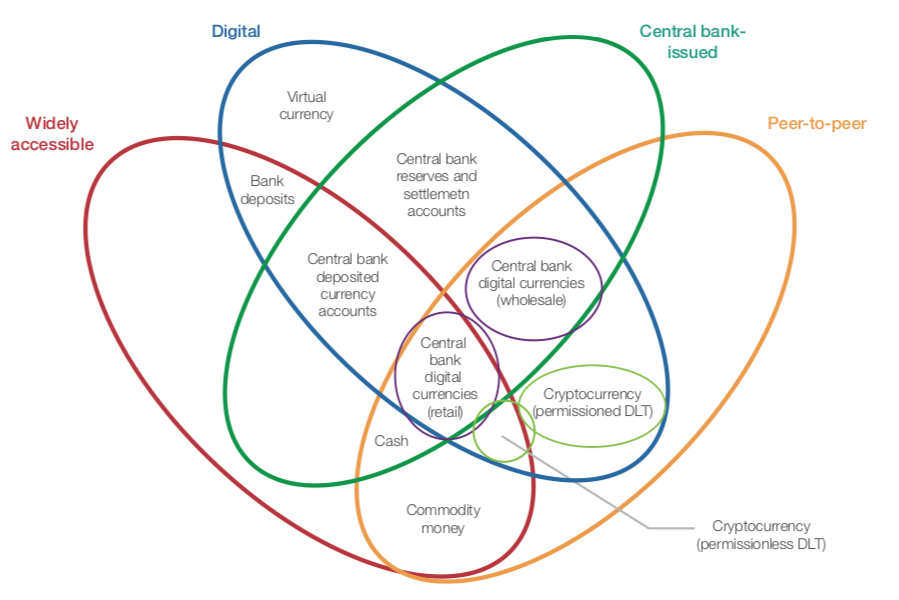 Coindesk quotes the lead author of the report, Ashley Lannquist, saying, ““I’d say in the next couple years, speculating towards the future and being a bit conservative, I would expect a couple of central banks to issue a central bank digital currency and that’s because we know that at least a few are.”

The National Bank of Cambodia, for example, plans to incorporate blockchain technology for its national payments system by the end of this year. The solution may unite some of the different payment apps, and provide more efficient payment and settlement services in Cambodia.

Not surprisingly all central banks are proceeding with caution although highly involved in research.

In March Citi, in partnership with Imperial College Business School launched its latest Digital Money Index. The index, now in its sixth year, tracks 84 countries in terms of their development of digital money readiness.

For the first time, the report compares historical data collated over the last five years, rather than year on year, concluding a 5.5% improvement in overall digital money readiness for the 84 countries tracked.

The conclusion is that the world is moving to digital money.

Like the Central banks, most corporate treasury department’s are keeping a watching brief on blockchain currencies of the different kinds, but already some corporate treasurers are examining how digital currencies might be able to release trapped cash.

Coindesk reporting on the refusal of Bank of England to allow President Nicolás Maduro’s attempt to withdraw $1.2 billion of the country’s own gold from the Bank of England, concluded that “the case for storing wealth in censorship-resistant cryptocurrency is becoming stronger.”

CTMfile take: Digital currencies are the way to go but it will take years? Decades?

Bitcoin futures and the future of bitcoin