European consumers are increasingly choosing non-cash payments, according to data from the European Central Bank (ECB). It found that, in 2014, the number of non-cash payments rose by 2.8% compared to 2013, to 103.2 billion.

The graph below shows the steady downwards trajectory of cheques, compared to the increasing volumes of direct debits (despite the recent decrease), credit transfers and card payments over the period 2000-2014. 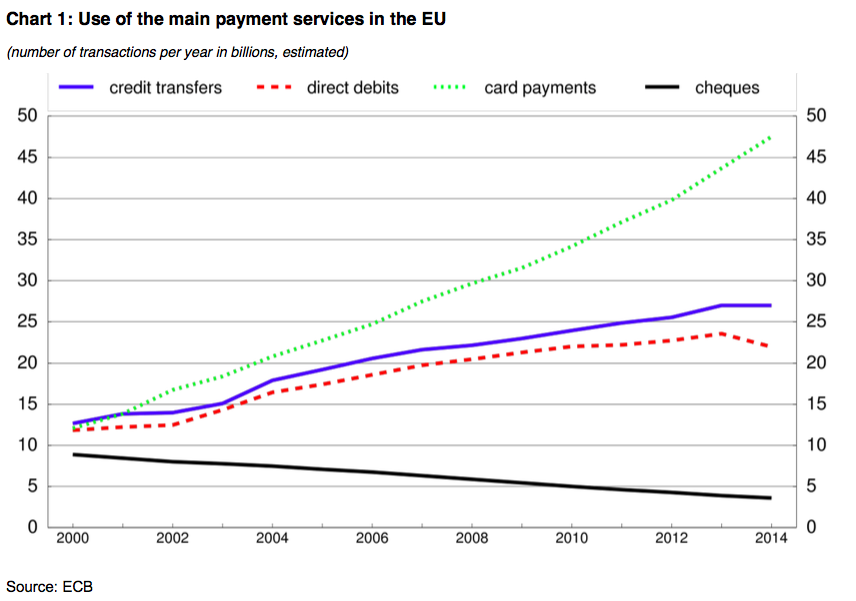 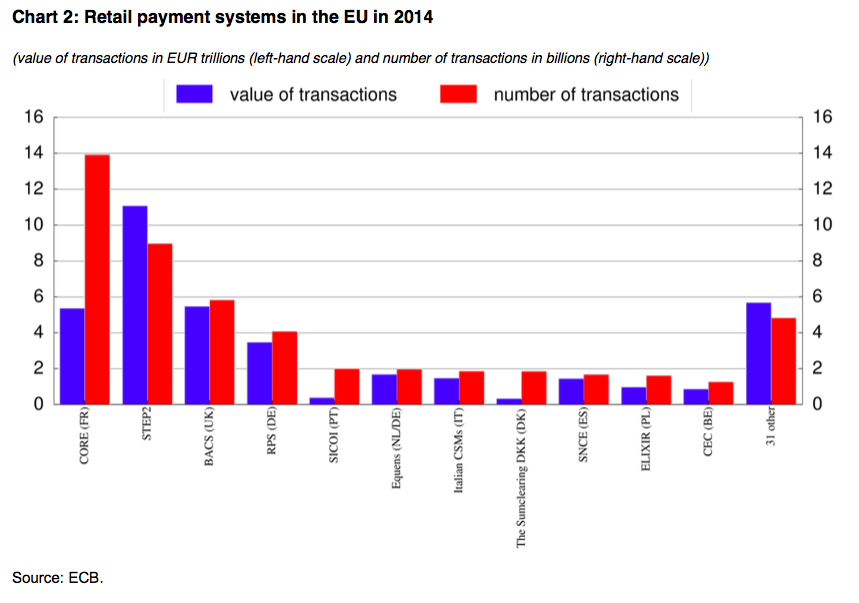