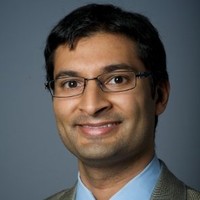 With a global pandemic impacting nearly every aspect of life, corporate treasury teams are challenged to react to markets reminiscent of the financial crisis of 2008 and 2009. Equity markets continue to fall despite monetary policy actions, and interest rates fell to near zero across the yield curve. Credit markets exhibit stress in various pockets, including commercial paper and high yield. Additionally, many companies’ underlying businesses have seen dramatic changes relative to forecasts made as recently as a few months ago. How can your company address its financial risk management program in light of these unprecedented times?

Companies have been increasing their fixed-rate debt percentage, either naturally or synthetically, since early 2019 when the Fed took action to stem a potential recession. As rates continued falling, leading to inverted yield curves, companies continued to skew their debt towards fixed rate using either bond markets or swaps to synthetically convert floating rate debt. Today, we see companies pursuing one of three strategies:

For years, the path of least resistance for companies starting foreign currency (FX) hedging programmes has been to utilise a critical-terms match (CTM) approach to hedge designation for their programmes. In essence, arguing that the exposures and hedges are aligned to the same period allowed companies to apply hedge accounting with lower investment in upfront and ongoing accounting analysis. When forecasts come to fruition and hedges are conservatively applied, CTM indeed offers an easier path to hedge accounting. In times of high forecast volatility, though, CTM could exacerbate triggering a “missed forecast.” If your company experienced multiple such missed forecasts, you could find your organisation unable to apply any form of hedge accounting on your FX programmes, therefore introducing more volatility to earnings.

An alternative that companies have long applied to CTM is the use of a “window” approach to exposures, along with a regression methodology. The exposure window allows your organisation to use a single hedge (or portfolio of hedges) against a rolling three-month (as an example) window of exposures. If exposures don’t materialise in a particular month, the hedge can look to exposures from the following months depending upon the hedge designation documentation. This ultimately offers two benefits:

In addition to the rolling three-month window, another long-haul approach, which increases the flexibility around timing of the hedged transaction, is using a spot method designation. Similar to the three-month window, the spot method designation can allow for a wider exposure window, often beyond three months. With the adoption of ASU 2017-12, you can use the spot method designation and amortise the cost/benefit of the inception forward points. As such, timing differences will not impact hedge effectiveness testing, which is why flexibility in timing is achievable. The trade-off for this increased timing flexibility is that the value of the excluded forward points needs to be recognized in earnings over the life of the trade, causing early recognition of derivative gains and losses.

When hedging U.S. dollar-based term-loan debt with swaps, you often had to decide whether to include the purchase of a floor (often at 0%) embedded into the swap. Most term loans include some type of LIBOR floor, and those triggered at 0% feel as though they have no value because expectations are low for the U.S. to take short-term rates negative even in the current environment. Buying the floor, though, does increase the swap rate and, thus, may feel like an unnecessary cost to ensure against an unlikely market event. For example, as recently as in January 2020, the difference between a five-year swap with and without a 0% LIBOR floor was about 5 bps. Consequently, many companies decided to not purchase the floor. While this caused some additional complexity for hedge accounting purposes, these transactions ultimately passed effectiveness testing and qualified for hedge accounting.

While rates are still positive, the Fed’s dramatic lowering of rates to zero has caused the entire yield curve to get closer to zero as well. Ultimately, this impact will be felt in the value of the 0% floor. It has increased significantly from just a few months ago and, as a result, could cause a failure in hedge accounting if your organisation has hedged term-loan debt without including the floor in your swap. You can address this by first analysing your hedge accounting approach to determine the likelihood of discontinuing hedge accounting. If your organisation is considering hedging now, it may be economically prudent to purchase this floor along with any swap – the net rate is still much lower than it was only a few months ago, with protection against both the possibility of failed hedge accounting and failed hedge economics.

COVID-19 represents a significant opportunity and risk to financial risk management programmes. Market movements created the chance to lock in longer-term fixed-rate debt synthetically. Hedging programmes built for flexibility will continue to thrive, and those more rigidly structured have the chance to grow and provide an even greater opportunity in the future.

How COVID-19 can impact your FX cash flow hedge program