The 2017 Faces of Fraud Survey, conducted by iSMG in collaboration with Vasco, suggests that the majority of banks (87 per cent) don't identify fraud in real time.

Vasco's John Gunn commented on this result saying: “One of the survey responses that surprised me was that only 13 per cent of financial institutions feel they’re effective in stopping fraud in real time. That means that 87 per cent of the fraud is probably not blocked, and those are losses.”

Only 38 per cent of banking/security leaders have high confidence in their organization’s ability (in terms of tools and staff) to detect and prevent fraud. The majority – 53 per cent – said they have moderate confidence and that “despite adequate fraud tools and our best efforts, we occasionally miss fraud”. And nine per cent said they have low to no confidence.

The survey of around 250 banking/security leaders also asked about the main vulnerabilities in fraud defences and found that the sophistication and rapid evolution of fraud schemes is a major challenge, along with the vulnerability of partners and customers to socially-engineered scams, and the amount of customer info held by criminals. 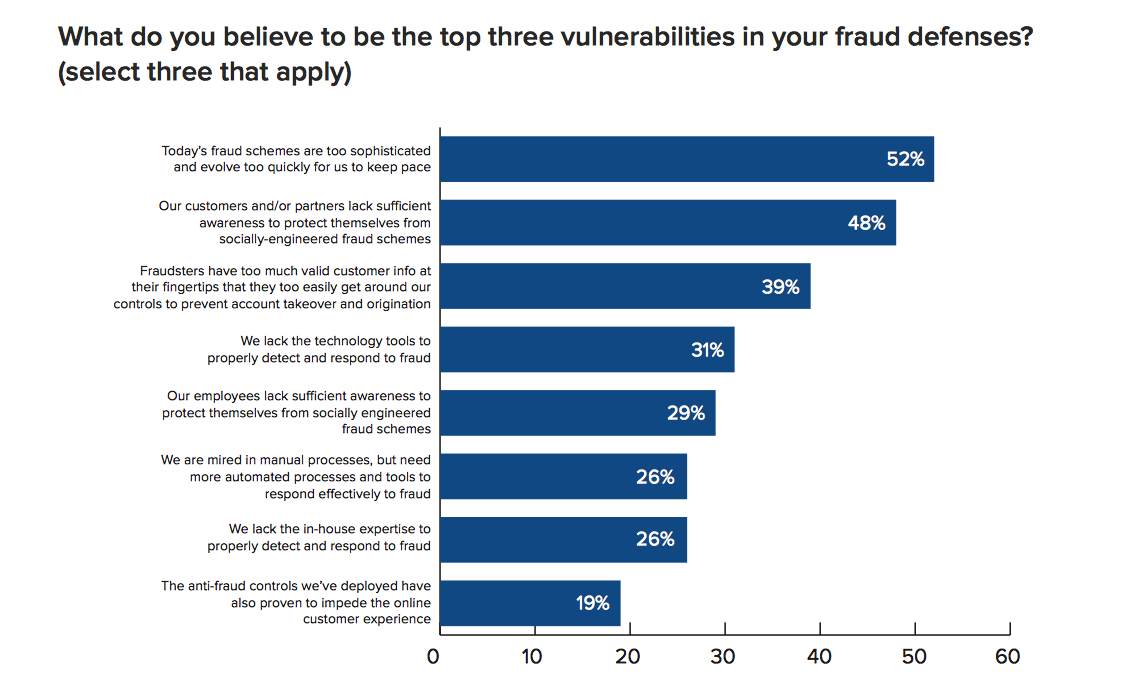 It also found that 66 per cent say the number of fraud incidents has stayed steady or risen in the past year, while 58 per cent say financial losses have remained the same or increased.

Fraud bad news keeps on coming: the simple structures and processes to protect you