2017 Fraud Survey from ACL showed that business leaders are running their organisations in an ‘alternate reality,’ with a shockingly inaccurate perception of their fraud environment. More than 80 percent of respondents said their organization has “medium to no” exposure to fraud, despite industry research showing that fraud occurs in nearly every organisation, with more than 2,300 studied losing over $6.3 billion.[1]

ACL, a risk management software provider helping governments and companies around the world stamp out fraud and corruption, polled more than 500 audit, compliance and risk management professionals on their attitudes toward and knowledge of fraud risk and anti-fraud practices. Infographic of survey results: 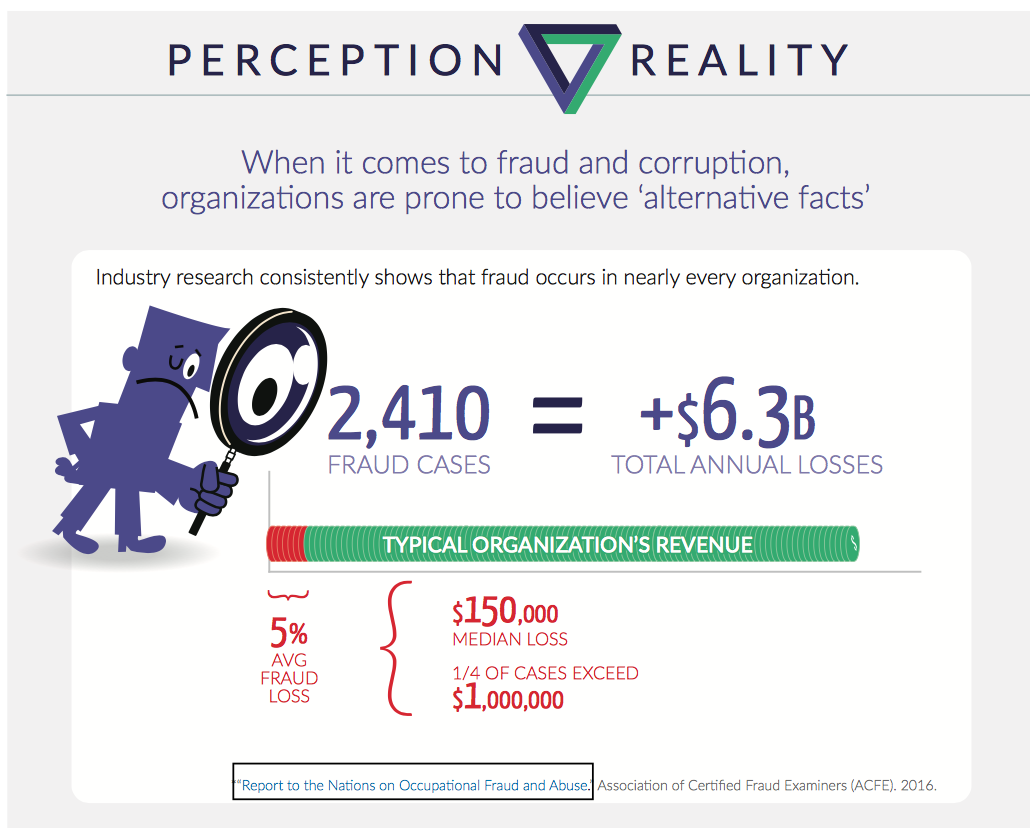 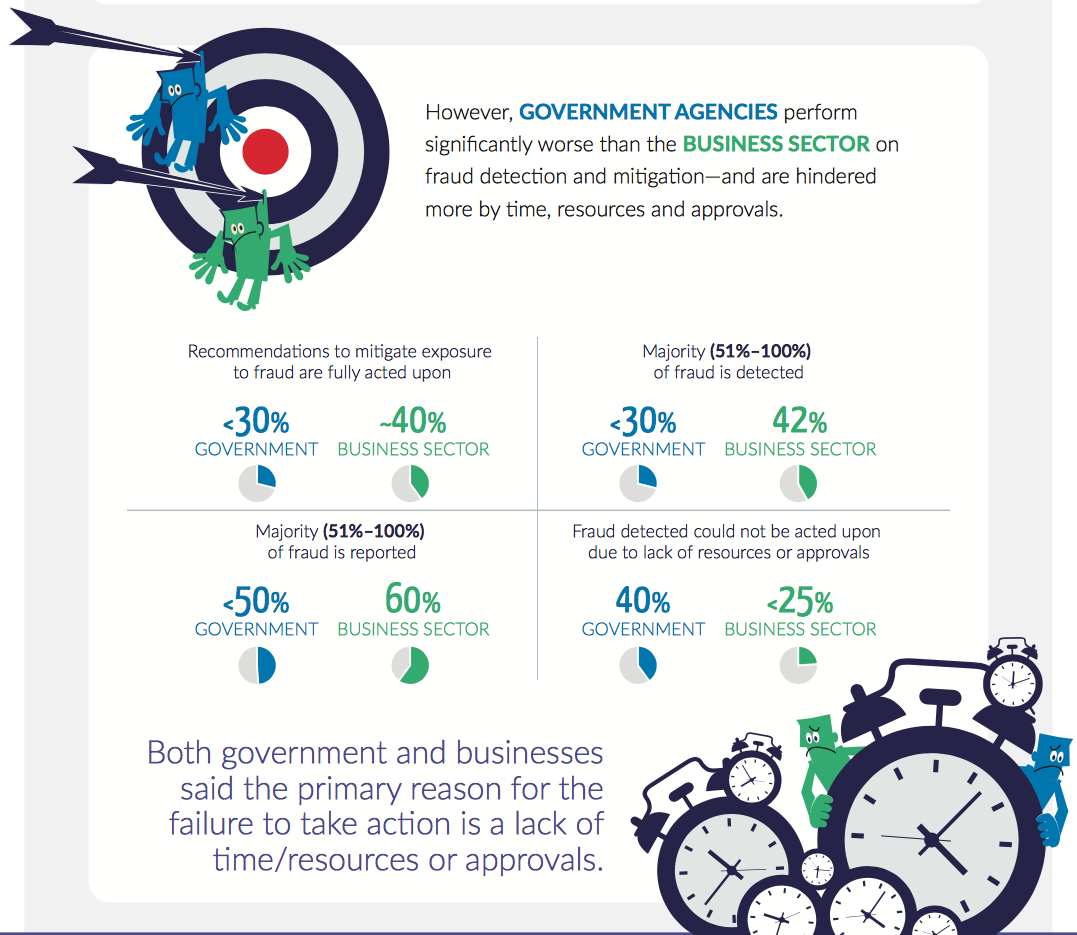 ACL and other comments:

Respondents also echoed recent findings that fraud professionals can feel pressure to suppress or alter fraud findings from senior leadership, direct managers and even peers. The existence of this internal pressure is not a surprise to most, as it has been revealed quite often in recent studies. However, the survey confirmed that this pressure comes from all sides, including coworkers and audit committees, making it that much harder to overcome.

“As long as companies refuse to admit that fraud exists, the fraud will continue,” added Zitting. “As unscrupulous employees and vendors realize the company’s ignorance, the problem has great potential to grow.”

[1] “Report to the Nations on Occupational Fraud and Abuse.” Association of Certified Fraud Examiners (ACFE). 2016.

CTMfile take: Trump isn’t the only one to favour ‘alternative facts’, but accepting this behaviour hurts everyone in the long run. Surely this doesn’t happen in your organisation?

ACL lists Fraud Risks that companies must scrutinise in 2014