Purchasing cards on the rise

According to a research study, Commercial Cards in Europe 2021, by RBR, a strategic research and consulting firm, commercial card spending in Europe is projected to be 44% higher in 2025 than in 2019, as issuers take advantage of the potential of new sectors facing the harsh T & E card environment.

Due to the pandemic restrictions and the impact on business trips, payments with company and lodge cards were significantly reduced in 2020. Companies that have learned to rely on video conferencing when travel is not possible will continue to do so after the restrictions are lifted, so recovery will be sluggish. Additionally, not only can this reduce costs, but it also addresses growing concerns about the impact of travel on climate change. According to the chart, the card spending on these products returning to pre-pandemic levels may recover by 2025. 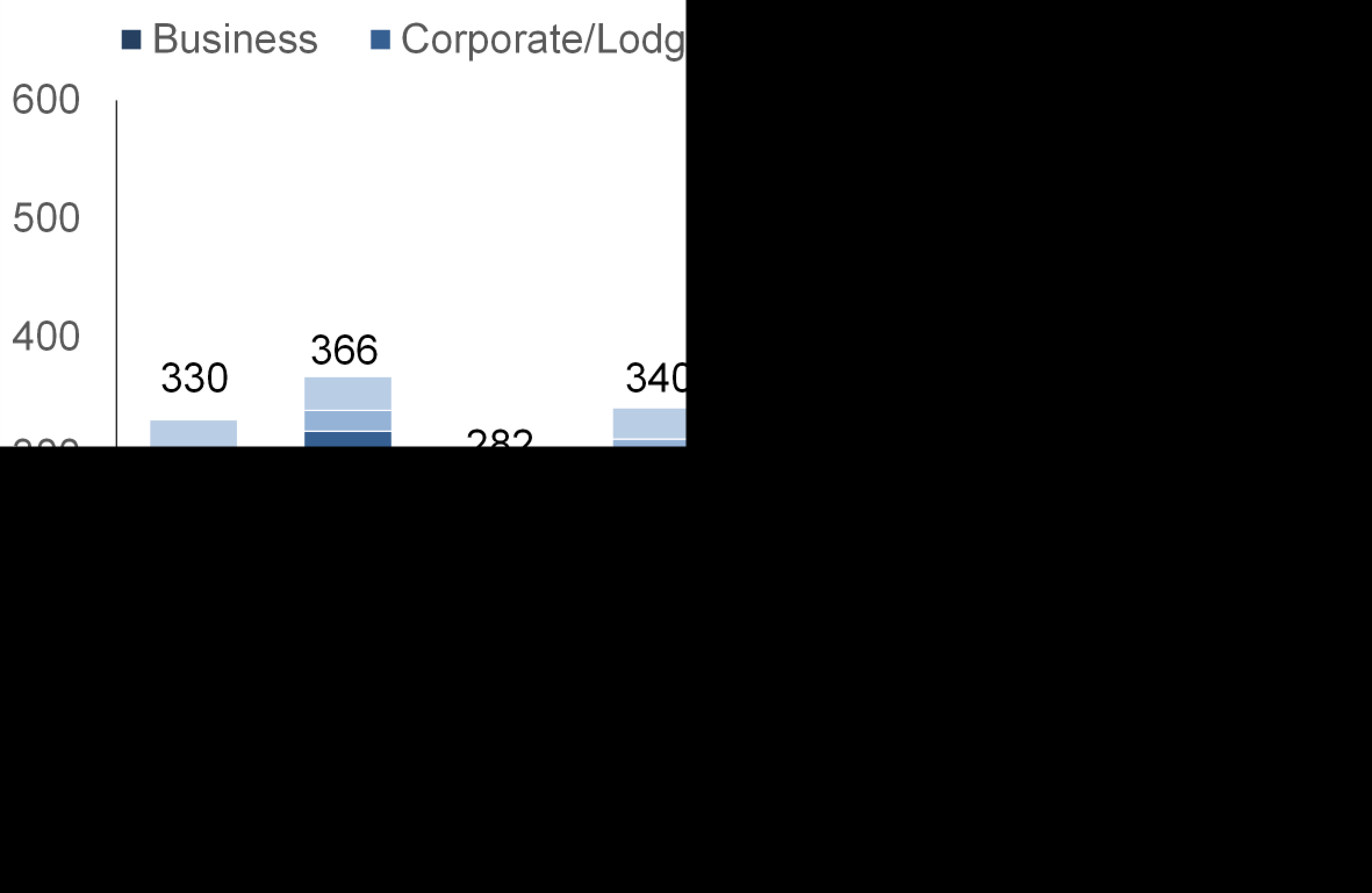 Fintech plays an important role in facilitating the issuance of business cards.

According to an RBR survey, the increasing adoption of business cards is backed by fintechs, which allow SMEs to open accounts easily and cost effectively, while eliminating commercial debit cards in markets such as the UK. However, traditional banks are valuing their commercial debit products more competitively to drive further growth.

Recently, there has been an increased desire for card-based B2B payment solutions. Historically, there have been hindrances to expanding the use of purchasing cards, commonly used to procure goods and services. An example of these deterrents were companies simply using the established methods of paying invoices with wire transfers. In addition, suppliers felt the merchant transaction fees were exorbitant, reducing B2B adoption.

According to the RBR survey, both traditional and new companies from different countries aim to adopt a card-based B2B payment solution, partially due to lower T & E spending. A German-based company, AirPlus, which launched purchasing cards for goods and services, software licenses, and office supplies in 2020, has exemplified this diversification of product offerings. This accompanies the company's most well-known travel expense management card solution.

The Bank of Mexico has announced that it will introduce its Central Bank Digital Currency (CBDC) by the end of 2024, joining other countries such as China and Indonesia in this venture. According to state officials, the move will provide "great value in promoting financial inclusion." Jonathan Heath, Deputy Governor of Banco de Mexico, further confirmed that the project timeline is expected to allow the digital currency to operate efficiently by the end of 2024.

The CBDC has been favoured by the government because it provides better investor protection compared to private cryptocurrencies, although Mexico has shown an optimism towards Bitcoin in the last few months. Electra, Mexico's largest supermarket chain, now enables customers to make payments using Bitcoin.

The introduction of CBDC has been widely discussed in various countries around the world. China has made the greatest progress in the development of a CBDC. The country showed a negative stance on cryptocurrencies in 2021 after banning the mining and trading of digital assets. Nonetheless, China promoted the introduction of digital yuan in 2021, even stating that athletes and tourists will be able to use CBDC at the 2022 Beijing Winter Olympics.

Indonesia publicized plans to issue a CBDC in December 2021. The Central Bank of Indonesia stated that the CBDC will be a more reliable cryptocurrency compared to Bitcoin, Ethereum, and other digital assets.

BSP began reforms in May 2020 to give eligible banks more flexibility in managing their foreign currency exposure by changing the scope requirements for those covered by Foreign Currency Deposits (FCDUs) or foreign currencies. The second phase of this transformation expands the scope of companies that are allowed to conduct FX trading. Additionally, it streamlines licensing requirements associated with banks applying for FCDU eligibility. To date, BSP has issued licenses to six companies to operate as a digital bank, including Overseas Philippine Bank, Tonik Bank, Unobank, Gotyme, Union Digital Bank and Maya Bank. Furthermore, the Philippine Al Amanah Islamic Investment Bank, a subsidiary of the Development Bank of the Philippines, continues to be the only Sharia-compliant financial specialist in the Philippines. Prior to the latest changes, all banks had to obtain prior approval from the BSP before conducting FX trading.

The new regulations also streamline the requirements for certain advanced or FCDU activities such as FX derivatives and securities trading. It follows the relevant provisions of the bank's regulatory manual to ensure consistency in the implementation and enforcement of the guidelines. The regulatory change measurements aim to align FCDU transaction requirements with current business norms and risk management practices.

Benjamin Diokno, Governor of BSP, stated that the second phase of the reform will allow banks to efficiently and easily manage the liquidity of foreign currency-denominated funds by simplifying the rigorous conditions of the expanded FCDU's lending to regular banking entities. Furthermore, Diokno added that given the liberalization of the FX regulatory environment, banks are expected to implement appropriate risk management systems and incorporate them into the overall risk management process to address the significant risks of FX-denominated transactions ensuring they are properly monitored.

The delayed payment crisis threatens the future of 440,000 small businesses. The Federation of Small Businesses (FSB) urges ministers to remedy payment problems that have long plagued the sector. Furthermore, these small businesses could potentially go out of business due to the crisis of payment delays. As a result, there are requests seeking urgent government intervention to improve the payment methods of companies.

According to the FSB, almost one-third (30%) of the small businesses surveyed said invoices in arrears have increased over the past three months, and at least 8% have become more serious about the viability of their business. The problem of late payments has plagued the small business sector (often from large FTSE companies) for years. Organizations are often forced to pay suppliers, wages and other invoices on time, but they have to wait a long time before they pay themselves.

Since the pandemic, more than 400,000 small businesses have been closed for a variety of reasons, and the futures of others are also threatened by this issue alone, according to the FSB. Mike Cherry, National Chair, FSB, stated that payment delays have destroyed thousands of small businesses, even prior to the pandemic, which only worsened the situation. Cherry further added that the government has correctly recognized the increased accountability of its board as the key to driving change in this area in the past, but progression has been sluggish. Small businesses, which employ more than 13 million workers in the UK, face conflicts in almost every respect, including new customs regulations on imports from the EU and the imminent energy cost crisis, Cherry said.

Currently, there is a new wave of administration for importers and exporters. Within three months, wage taxes will increase, including national insurance contributions, dividends, business rates bills and national living wage. In addition, operating costs are rising. Many companies will soon seek energy trading without the intervention of large companies or consumer protection.

The FSB states that all large corporations and governmental organizations need to adhere to immediate payment codes, and a 30-day payment deadline should be standard for those advocating environmental, social and governance leading practices. The FSB would like every large corporation in the UK to have a nonexecutive director on its board with direct responsibility for payment culture.

The FSB survey of more than 1,200 members found that more small businesses expect performance to be lower than expected in the next three months. In addition, retail, lodging and food industries will greatly struggle as a result of the new variant, Omicron.

Companies that import goods from the EU now face new and cumbersome documentation requirements. The regulatory authorities require companies (mostly companies that send and receive goods to and from the UK) to notify customs of exactly what and where they are shipped from the EU to the UK. This rule was abolished in 2021 but is back in effect.

In order to improve this continuing dilemma, reforms are being established such that the government has split the payment deadline for immediate payment codes to help small businesses get paid on time and advise small business commissioners on fines and other new authorities, according to commentary by a government spokesman. Furthermore, support systems, such as the Export Support Service, will help ensure small businesses are in the right position to comply with the UK border process.

According to the European Commission, 30% of companies in the UK reported that late payments were related to subsequent layoffs compared to 35% of companies in Germany, 28% in Spain and 25% in France. Based on the UK median salary of £ 29,600, that unpaid cash could attract businesses and employ more than two million people.

Delayed payments require many impacted companies to focus on their day-to-day operations rather than planning long-term growth and expansion. Therefore, the longer a company waits for payment, the less investment opportunity. Additionally, according to the European Commission research, if debt is delayed by more than ninety days, the chances of payment are 50% lower.

Clearly, SMEs need to invest in more efficient billing processes such as cloud accounting and automated invoice tracking. Consistently late payers must also be aware of the risks to their business. As a result, if a supplier closes a transaction, it can pose significant challenges in procuring products and services for their business, which can impact performance. The bottom line is that while large companies have the resources to absorb debt, SMEs do not and are impacted most. 2022 is an important year for recovery and reconstruction, and addressing the unique issue of late payments stands as a business priority.

Curtain falls on the LIBOR era