Ninety-four percent of organizations had an insider data breach in 2021. Human error is the leading cause of serious insider data breaches, with 84% of organizations experiencing a security incident caused by a mistake (human error). However, malicious insiders are IT leaders’ biggest worry, with 28% indicating that it’s their top concern. These revelations were published in the third Insider Data Breach Survey from Egress.

The Egress’ Insider Data Breach Survey 2021 summed up prevailing attitudes of 500 IT leaders and 3,000 employees to insider risk and where their biggest concerns lie. These IT professionals work across the US and the UK in numerous vertical sectors including financial services, healthcare and legal.

Why are malicious insiders the biggest concern?

Despite affecting the lowest number of surveyed organizations (66%), malicious insiders worry IT leaders the most. What specific incidents are keeping IT leaders up at night? 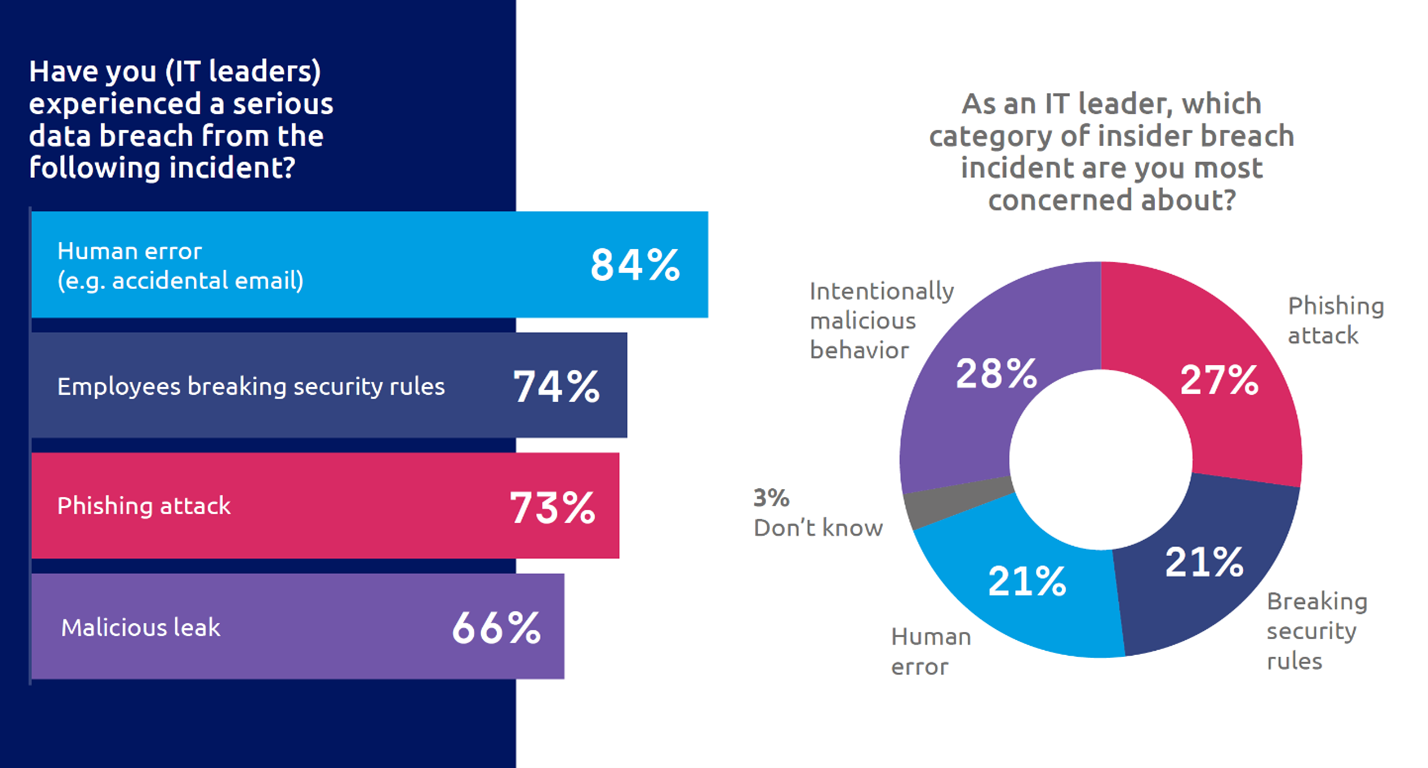 According to the IT leaders surveyed, “It’s not simply the bad taste left by a formerly trusted colleague turning rogue and deliberately doing harm. It’s because they believe single incidents of malicious exfiltration will have the greatest negative impact.”

“There’s also personal gain motivating malicious insiders, so their actions are typically well-targeted to harm the organization. This can be the damage done from the incident itself or from further incidents if the data is given to cybercriminals, or some form of payday from hackers, competitors or even nation states,” said the IT leaders in the survey.

How do IT leaders see insider risk?

“With a fair amount of trepidation,” as per the survey. The survey reported that 97% of IT leaders were concerned about insider data breaches in 2021 – the same percentage as in 2020. With the growing menace of cyber crime and breaches, and a cyberattack every 39 seconds, on average, according to a study by the University of Maryland’s Clark School, it’s clear that anxieties aren’t easing as time passes.

The survey found that almost three-quarters (74%) of organizations have been breached because of employees breaking security rules, and 73% have been the victim of phishing attacks.

Email is the most at-risk channel

The general consensus from IT leaders is that insider risk is a serious problem and insider breaches are an ongoing and complex challenge.

Meanwhile, employees disagree, with 61% believing they are less (or equally) likely to cause a breach at home compared to the office.

Half of IT leaders also believe that hybrid/remote working will make it harder to prevent phishing attacks, while 49% are of the opinion that it will be more difficult to prevent employees from breaking security rules if they’re working remotely in the future. 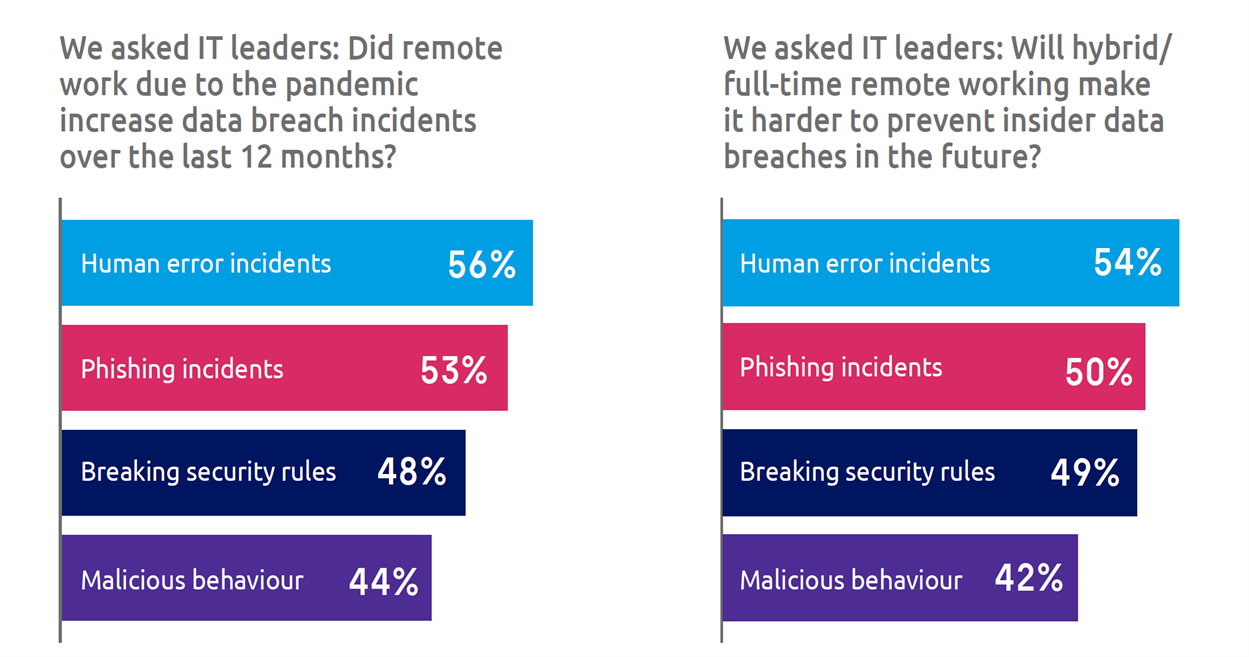 How much help are employees getting?

Sixty-seven percent of employees consider their organization’s cybersecurity training and technical controls as helpful and that the right tools are in place to protect them. “But if that’s the case, should we really be praising controls and systems that let so many data breaches slip through the net?” argues the survey.

The survey findings highlight that every IT leader knows the potential impact of a data breach, but many are “worryingly underprepared” when it comes to their own people (employees). That’s because insider risk is the most complex cybersecurity issue they have to solve.

The survey delineates the importance of turning your insiders (your employees) into your greatest security defence to mitigate insider risk and combat human error.

Secure your human firewall today and strengthen one of the most vital areas of your cyber security defence – your people – with pre-emptive and ongoing employee security training (securetreasury.com). Remember, employees can be your greatest defence or your biggest vulnerability.

The U.S. healthcare system is an enticing target for Russian cyberattacks, experts warn

The Russia-Ukraine conflict and implications for corporate treasury

The global economic impact of Russia’s invasion of Ukraine