The economy in some emerging countries is propped up by monies sent home by workers abroad. The market for sending these remittances has been, for many years, a source of massive profits for companies such as Western Union. At last new entrants are slowly changing the market, bringing the scandalously high charges down by their more competitive offers. At present, the average cost of sending £300 would still be an average of £19.18 according to the World Bank’s remittance calculator, see table below.

Remittance charges for sending 300 GBP from UK to Lithuania 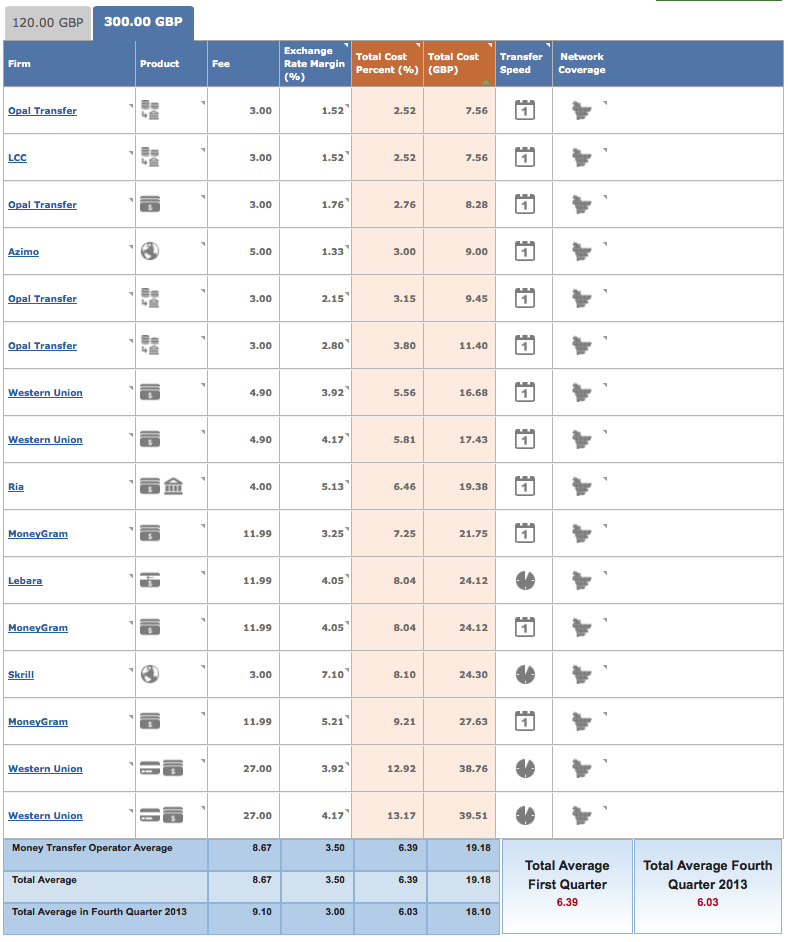 A London based money transfer startup TransferWise, in which significant players have invested including co-founder of PayPal and Sir Richard Branson, has a very different charging structure for its money transfer service between bank accounts in 17 currencies taking an average of one day:

TransferWise’s charge for moving £300 from the UK to Lithuania would be £3. This is 40% of even the lowest charge in the World Bank table above, and 8% of the Western Union’s charge for the transfer which, admittedly, is carried out in less than an hour, rather than the one day taken by TransferWise. Already TransferWise has transferred £1bn world-wide.

CTMfile take: TransferWise’s charges are the lowest of the remittance services, but smart large companies pay less than this. Could companies incorporate a facility in their payroll service to enable workers to send a portion of their wages direct to their home country?