This is the second of a two-part interview series with Jennifer B. Lassiter. 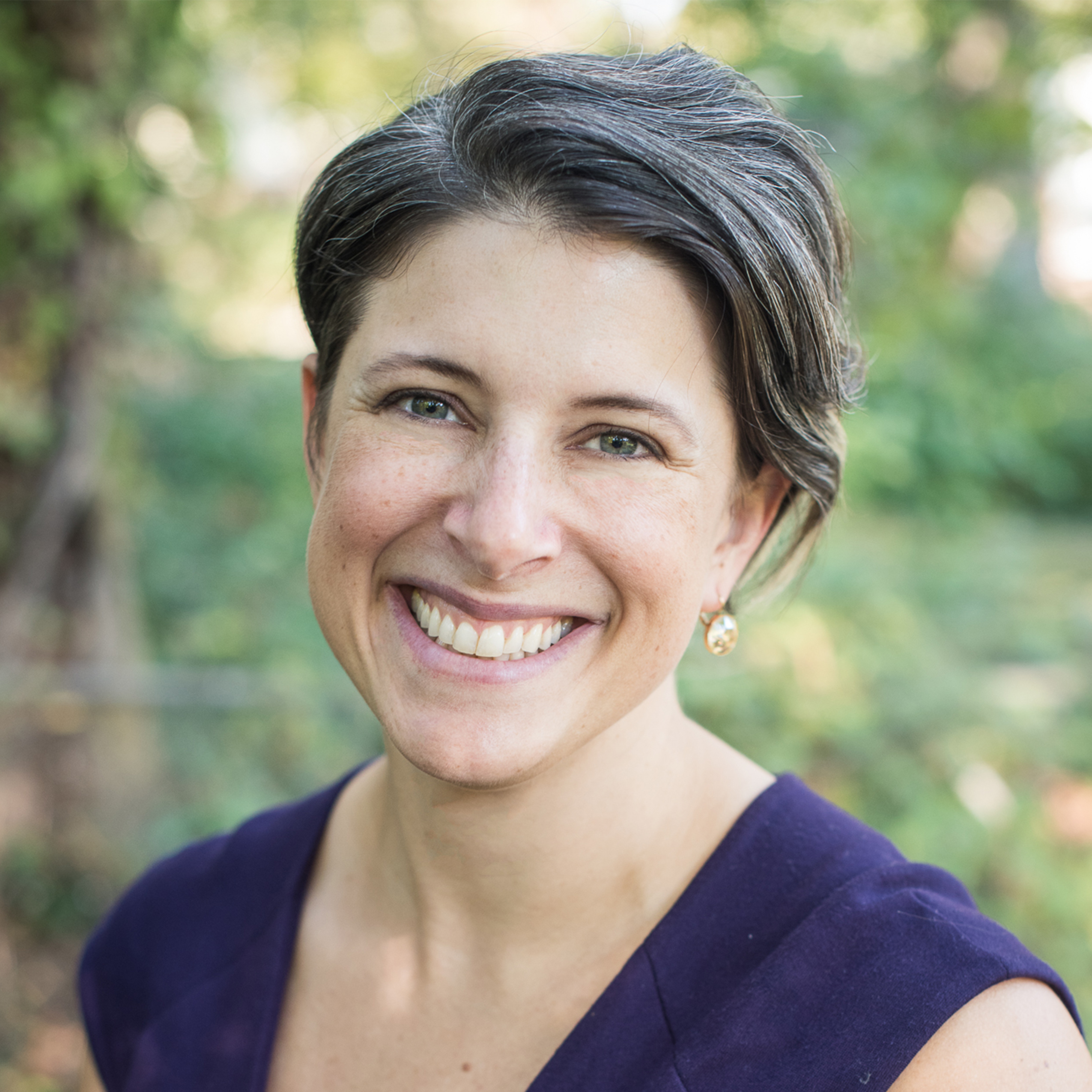 Jennifer B. Lassiter is the Executive Director of The Digital Dollar Project (DDP) and also serves on the World Economic Forum’s Digital Currency Governance Consortium and the Progressive Policy Institute’s Mosaic Economic Project. In her current role, she convenes private sector thought leaders to explore the future of money and advance U.S. CBDC exploration through pilots, stakeholder meetings, roundtables and discussion forums.

The interview has been lightly edited for clarity and length.

Jennifer, it is reported that 105 countries are far ahead of the U.S. and the U.K. in developing central bank digital currencies (CBDCs). Why in your opinion is the U.S. still in the CBDC research, experimentation, and evaluation stage? Is it because of privacy and security concerns, the potential risk that a CBDC could disintermediate banks and threaten the stability of the financial system, the volatility of digital assets, a combination of these reasons, or some other reason?

The U.S. has taken a deliberative approach to CBDC development – and with good reason. Given the dollar's role as the world's reserve currency, we do not have to be among the first countries to develop a CBDC, but if we do decide to issue a CBDC, we must get it right. While the "right" CBDC design may differ from country to country, DDP believes that if we were to have a digital dollar, it must uphold the democratic values of freedom, economic stability, and personal privacy to the extent in which the dollar does today, if not more. That's a high bar, and the costs of doing it wrong are also very high. There is a unique opportunity for the U.S. to bring substantial benefits to the global landscape, such as enhancing universal access and increasing the strength and stability that the dollar maintains today. Understanding the requirements needed to unlock these benefits should not be rushed but rather intentionally prioritized and exhaustively tested.

As mentioned, one vital example of a potential U.S. competitive advantage would be a digital dollar's priority on safely ensuring individual and consumer privacy for the digital economy. If there is to be a widely adopted U.S. CBDC, this design requirement is a must-have. DDP is committed to bringing U.S. data to bear on this conversation by defining and testing the viability of real-life use cases, assessing where and if the technology can enable certain benefits, and, conversely, where there are limits. We must also continue to develop the legal and regulatory landscape to uphold a safe and stable future for digital money in whatever forms it takes, CBDC or otherwise.

One of the core attributes of money is that it needs to be trusted. You are correct; many countries worldwide are in different stages of designing and deploying their own CBDCs – and the most crucial aspect of a U.S. CBDC is that it needs to be resilient, stable, durable, trusted, and functional. Money is only as valuable as the people who trust it and use it as a medium of exchange, store of value, and unit of account. With the U.S. playing such a prominent role in the global landscape, we also must be careful not to undermine any core characteristics that made the dollar the world's reserve currency today. For example, some countries are deprioritizing privacy and security to be among the first to develop and issue a CBDC. We hypothesize this has resulted in a lack of meaningful adoption of these early CBDCs – a pitfall the U.S. must avoid should they decide to issue.

In early 2021, the Hoover Institution, a leading public policy think tank, convened a working group to study the global implications of China's digital yuan, or e-CNY. In the report, they warned that the spread of the e-CNY might diminish the dollar's role as the world's reserve currency and undermine the ability of the U.S. to deploy financial sanctions against rogue international actors. However, more recent movement has shown that China's privacy concerns have led to a lack of meaningful adoption. Examples like these should persuade the U.S. to continue innovating and having intentional conversations about a potential U.S. CBDC. It should also push us to make sure that we are thoughtful on how we take the international stage affirmatively committed to democratic norms of privacy, accountability, transparency, and security in shaping the global rules surrounding CBDCs.

DDP believes the private sector has a critically important role to play in the exploration of a U.S. CBDC through public-private collaboration, as does the U.S. government, as echoed in Federal Reserve, Capitol Hill, and Executive office statements this year. We encourage CFOs and corporate treasurers to consider a digital dollar's potential to act as a catalyst for private sector innovation. In fact, I encourage them to do it with the Digital Dollar Project! As a non-profit, we provide a neutral, trusted environment for a variety of U.S. CBDC experiments. A U.S. CBDC could be the next logical step in the evolution of currency to support the demands of an increasingly digital economy, but only if we have a broad range of stakeholders at the table talking about potential requirements and impacts. The Digital Dollar Project Advisory Board serves that exact purpose – subject matter experts discussing a wide range of potential CBDC applications bringing diversity in perspective across sectors and lived experiences.

To be clear, a digital dollar does not have to be antithetical to private sector initiatives. In fact, designed intentionally, it could produce exactly the opposite - serving to upgrade the infrastructure of money, the ultimate public good, and catalyze private sector innovation. Understanding the impact to today's strategy and imagining what could be built on or around the public infrastructure underpinning the U.S. dollar (and non-U.S. fiat currency) in the future is certainly a topic that CFOs and corporate treasurers should be thinking about today.

Is there any other aspect of the DDP or the U.S. CBDC that you would like to highlight?

One important aspect of a potential U.S. CBDC that we did not discuss is financial access, and inclusion for those Americans historically left out of the traditional financial system. A 2017 Federal Deposit Insurance Corporation survey found that roughly 14 million American adults lack a bank account and access to many basic financial services. A U.S. CBDC could serve to expand access to these underserved populations due to lower system costs and the ready availability of digital wallets. But again, to achieve the goal of universal access in a digital future, the U.S. must prioritize and intentionally design a CBDC with this requirement in mind. This starts with designing with the user, not simply for the user. The Federal Reserve Bank of Boston has initiated this effort as documented through rounds of digital currency user research released earlier this year.

COVID-19 revealed fundamental shortcomings in the capacity of existing government payment relationships to swiftly channel financial resources to the unbanked public. We hypothesize that had a digital dollar been in circulation during the COVID-19 crisis, it could have created a more efficient channel for ensuring benefits were delivered to the intended recipients on time, leading to greater achievement of the intended purpose of stimulating the economy. During non-crisis times, a digital dollar could be a valuable tool for government agencies distributing government assistance payments, such as social security benefits, school meal vouchers, and others. In this case, a CBDC would lead to meaningful reductions in administration costs, increase efficiency and settlement, and enable streamlined benefits to individuals and institutions currently left out of the system.

About The Digital Dollar Project (DDP)

A non-profit organization, The Digital Dollar Project, was created to encourage research and public discussion on the potential advantages and challenges of a U.S. CBDC — or a "digital dollar." The DDP will identify options for a CBDC solution to help enhance monetary policy effectiveness and financial stability; provide needed scalability, security and privacy in retail, wholesale and international payments; and integrate with existing financial infrastructures, including U.S. Federal Reserve-initiated projects. Visit https://digitaldollarproject.org/.

105 countries are exploring CBDCs. The US and the UK are falling behind