For many investors, the major story of 2015 was the expectation and eventual fulfillment of a rate hike, signalling the start of tightening monetary policy in the United States. This policy is divergent to those of other major central banks, and this has translated into considerable strength and momentum for the US dollar.

Using the benchmark of the US Dollar Index, a comparison against a basket of major currencies, the dollar gained 8.3% throughout the year according to the MoneyProject analysis. Against this basket, only the Israeli shekel increased value by 0.3%. The rest were, at best 0% change, or had significant losses with the Ukraine’s UAH falling 33.8%, see figure below: 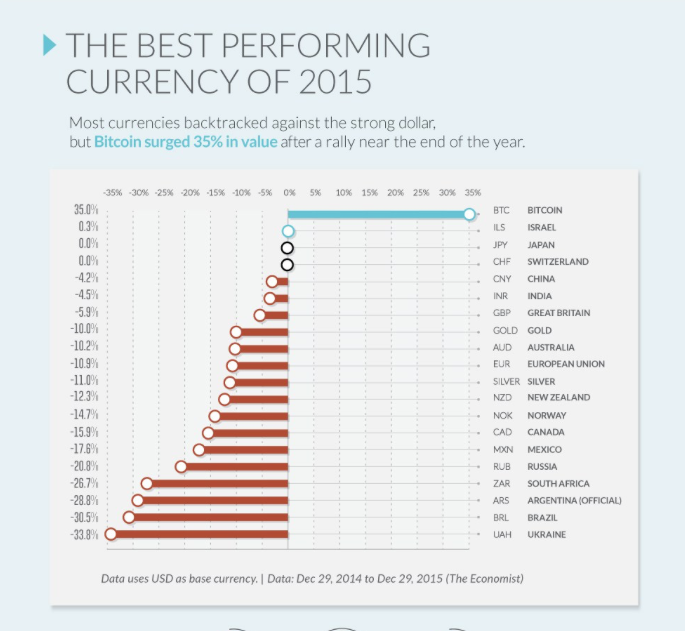 While Bitcoin staged a late comeback in 2015 to overtake the dollar by 35% by the end of the year.

Bitcoin will definitely grow in 2016 as exchanges and investments expand

Will Bitcoin catch on with corporates?

Bitcoin may be the largest and most well-known digital currency but how many corporate treasurers seriously consider using it? More than you might imagine.