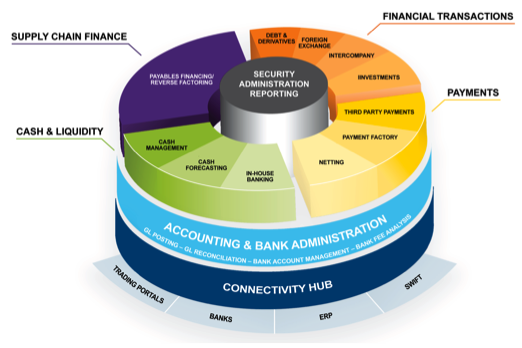 Kyriba began their world-wide roll-out of their Payables Financing Module (also known as Reverse Factoring) in January 2012. This provides a scalable, multi-bank portal that connects Buyers, Suppliers, and Banks on one platform to support the 'before the scheduled time' payment of invoices to a company's suppliers. The module provides visibility to invoices that the Buyer approves for payment, enabling suppliers to opt for early payment of the approved invoices – at a favorable discount compared to financing they could receive on their own. Pre-arranged financing is provided by the banks that participate in the Buyer's supply chain programme. As a multi-bank portal, Kyriba helps alleviate credit exposure and credit limit issues that can constrain a single-bank Supply Chain Finance program.