A survey conducted by ACI Worldwide of more than 100 US retailers who attended a National Retail Federation (NRF) event in New York shows an increased focus on providing mobile and omni-channel payment options for their customers.

The survey found that domestic online websites are still the dominant digital channel, with 70 per cent of retailers saying they sell mostly through domestic websites – a figure that has increased only slightly (less than 1 per cent) since last year. The importance of mobile payment channels, both apps and mobile websites, increased by 4 per cent, however, with a total of 41 per cent of retailers saying they sell most through mobile channels in 2017. The graph below shows that social media payments were dominant for under 5 per cent of the retailers surveyed, which is significantly lower than the 11 per cent in 2016. 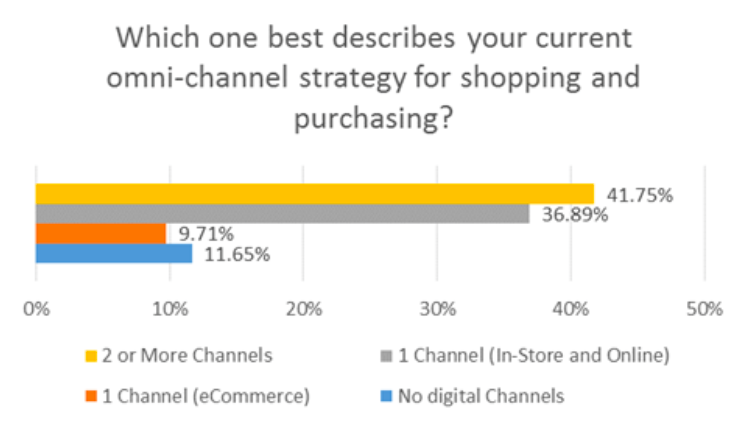 According to ACI, the survey results are “indicative that a strong mobile and omni-channel strategy will be vital to the success of any retailer in 2017 and beyond.”

CTMfile take: Use of mobile apps and websites for mobile devices have become important sales channels for a growing number of US retailers and is likely to increase, while sales through social media has decreased – possibly a sign that consumers are less trusting of social media platforms as forms of payment?