The percentage of companies experiencing actual or attempted payments fraud in the US has been increasing steadily for the past four years, now reaching a high of 74 per cent, according to the latest Payments Fraud and Control Survey by the Association of Financial Professionals (AFP), underwritten by JPMorgan.

74% of corporates targeted by payments fraud

The graph below, courtesy of the AFP, shows how financial professionals have been increasingly reporting attempted and actual payments fraud within their organisations, increasing from 60 per cent in 2013 to almost three-quarters last year. 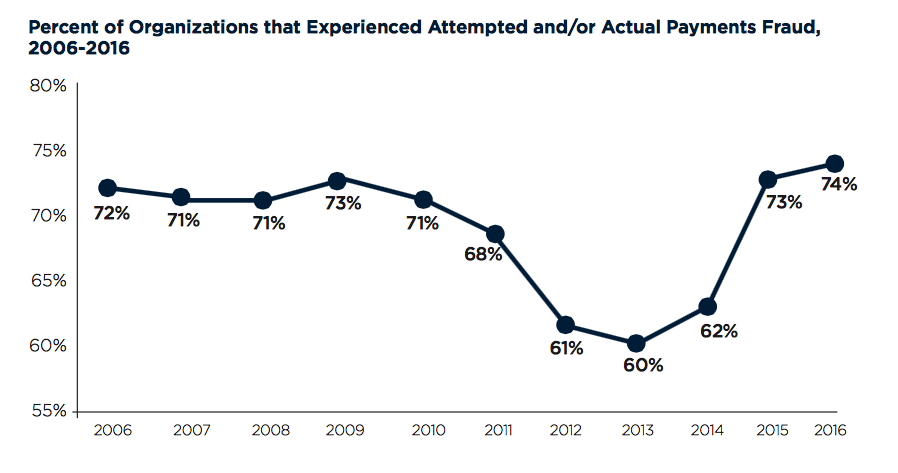 The survey also found an increase in fraud via the social-engineering method of compromising business email (Bec scams), reported by almost three-quarters (74 per cent) of the companies that had experienced payments fraud. The graph below shows that the biggest companies, with revenue over $1 billion and more than 100 payment accounts, are considerably more susceptible to Bec scams than smaller companies and those with fewer accounts. 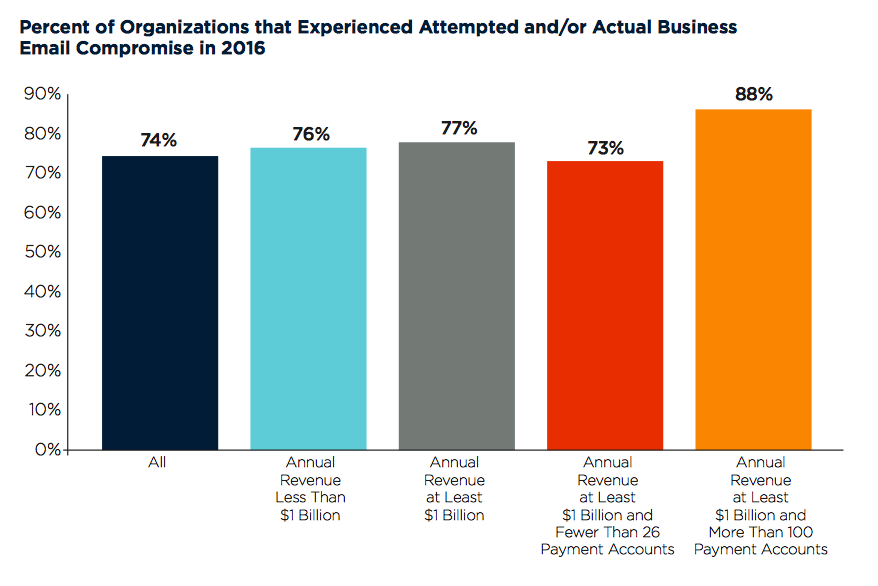 Overall, cheques were the main source of payment fraud, reported by 75 per cent of companies who had experienced fraud. Other findings include:

Interestingly, seven out of 10 financial professionals surveyed said they had doubts about adopting mobile payments within their companies due to security concerns.

CTMfile take: These results remind us that financial professionals mustn't let the guard down when it comes to payment fraud. Despite the pressure to adopt new technologies such as mobile payments, security always comes first.

Regulators must do more to protect against bank transfer scams