General move away from cash and cheques continues 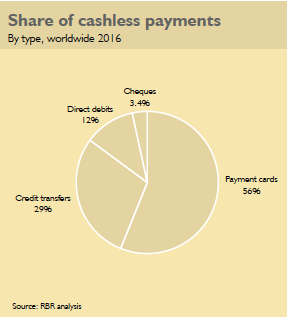 This was an increase of 12% over 2015 With an important part of the carnivorous coming from contactless cards which make it easier and quicker for cardholders to make payments, and less expensive for merchants to accept them.

Other key global figures for 2016:

Ripple have developed a blockchain-powered payment app, called Money Tap, with 61 banks to speed up transactions in Japan. It goes live in “in the fall” and Ripple believe that the app would make it easier for banks to settle round-the-clock domestic payments in Japan.

Cambridge Global Payments — a subsidiary of FLEETCOR Technologies and a leading global provider of commercial payment solutions — is launching a pilot program to use XRP in cross-border payment flows through xRapid. Cambridge joins five major financial institutions who have publicly announced that they are piloting xRapid, including Cuallix, MoneyGram, IDT Corporation, Mercury FX and Western Union.

In May of 2017, Ripple announced its preliminary strategy to increase decentralization and ensure that no single entity has operational control of the XRP Ledger. They pplan to carry this out in two phases:

The end state will be a network with a varied set of validators, operated by multiple entities from different locations, all sharing one common goal: the long term health and stability of the XRP Ledger. This is key to developing a global independent payment network.

Turning a smartphone into a POS

Mobeewave have have signed a global partnership agreement with Samsung that will allow Mobeewave to offer its patented in-person contactless payment acceptance solution on Samsung devices.

PaymentsCards&Mobile report that, “The solution makes it possible to accept payment from a contactless card or mobile wallet without the need for external hardware. Designed with an emphasis on security, the patented technology encrypts personal user information and ensures no sensitive data is saved on the device. It will be available for commercial use on the Samsung Galaxy S7, S7 edge, S8, S8+ and Note8.”

Today there are 127 million Apple Pay wallets; PayPal has 227 million, but Wallmart is most used wallet: 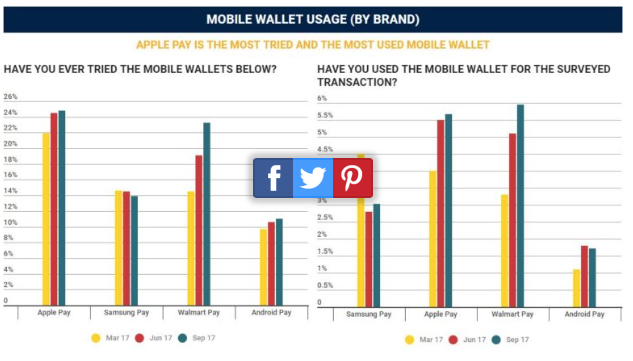 UK is land of ACH payments, and Faster Payments with fewer and fewer cheques

Apple Pay is coming to the UK, but it is not necessarily good news for retailers