Astrid Thorsen, head of SWIFT's business intelligence solutions, said: “Over the last two years, we have witnessed a continued increase in RMB usage for direct payments with China and Hong Kong, with most of the growth coming from early adopters and main RMB clearing centres, such as Singapore, the United Kingdom and South Korea.”

However, the US and Japan, two of China's important trade partners, still show low renminbi adoption. Thorsen added: “The latest announcement related to the appointment of the first RMB clearing centre in the United States should positively impact the country’s RMB usage.”

The graph below shows the increasing global usage of renminbi between January 2014 and last month. 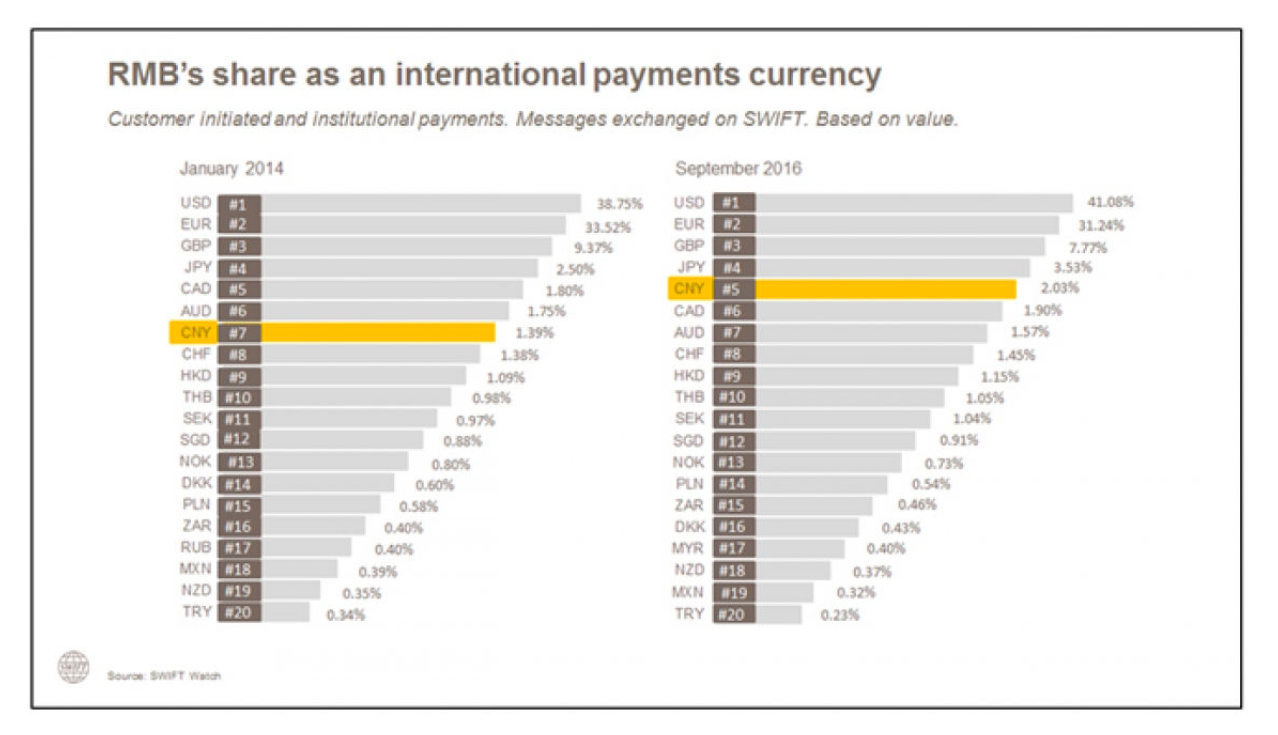