Data from SWIFT’s latest RMB Tracker shows that the RMB has regained 5th spot global and that there was exceptional growth in RMB adoption in the United Arab Emirates (UAE) - a 210.8% growth in payments value of the currency since August 2014, albeit from a low base. More than 80% of the direct payments made between the UAE and China/Hong Kong in August 2016 were in CNY, representing one of the highest increases worldwide.

A special edition of the RMB Tracker provides four snapshots of other markets in EMEA, France, Germany, Switzerland and the UAE. The analysis showed that:

The special edition also gave details of the rollout of RMB clearing banks, as shown below: 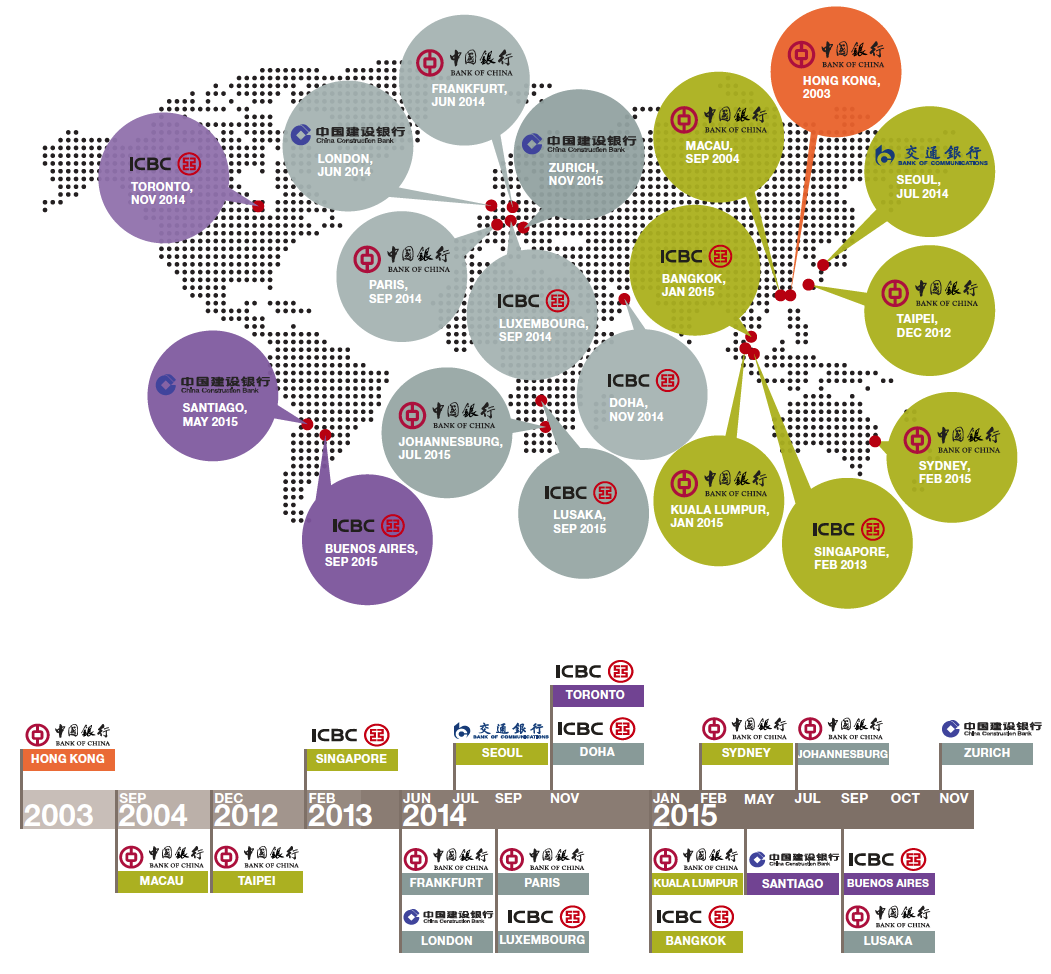 RMB usage in USA and Europe

SWIFT’s August 2016 data shows that only 2.8% of all payments by value between US and China/Hong Kong are done in RMB while Europe, for example, reached 30.6%. The appointment of the new clearing centre, on 21 September 2016 - the People’s Bank of China appointed Bank of China as the first yuan clearing bank in the United States, will probably the usage of RMB in the US.

Enhancing the internationalisation of the RMB

The pace has slowed in some markets in the past few months. To enhance the internationalisation of the RMB, the special edition notes that the following key factors are critical:

CTMfile take: The growth in the usage of RMB is slowing, as is global trade. It will take many years before the RMB becomes a real, practical reserve currency.