Customer initiated and institutional payments. Messages exchanged on SWIFT. Based on value: 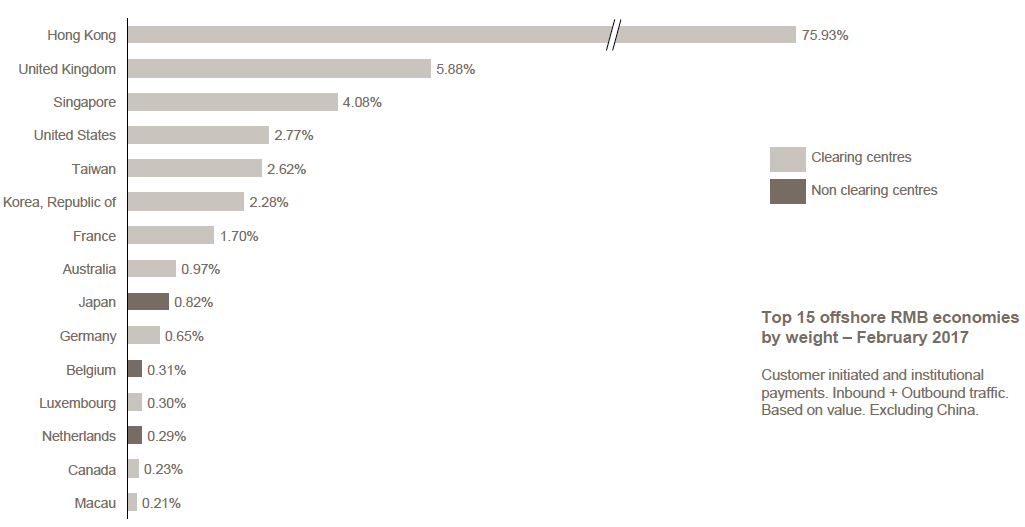 SWIFT RMB Tracker shows an overall decline in RMB payments by value for 2016, closing out the year in sixth place among currencies used for international payments

Special edition of SWIFT’s RMB Tracker provides consolidated overview of the RMB’s journey towards internationalisation with snapshots of EMEA, France, Germany, Switzerland and the UAE