Safety is the most important objective of an organisation's cash investment policy and many companies are increasing their cash holdings, according to the 2016 AFP Liquidity Survey.

It found that 68 per cent of treasury and financial professionals with a written cash investment policy said safety was the priority. Just two per cent said the main objective was yield and 30 per cent said that liquidity was the main consideration.

The survey also found that 32 per cent of respondents said that their cash and short-term balances in the US had grown in the past year, compared with 21 per cent that said they had decreased, while 47 per cent said there was no significant change. For cash holdings and short-term balances outside the US, 58 per cent of respondents said there was no significant change in the past 12 months.

Jim Kaitz, president and CEO of the AFP, said: “Bank deposits continue to hold the majority of corporate cash and short-term investments, and banks also play a role as sponsor of both onshore and offshore money market funds held by organisations.”

Other findings from the survey include:

The survey received feedback from 787 respondents.  The infographic below shows more data: 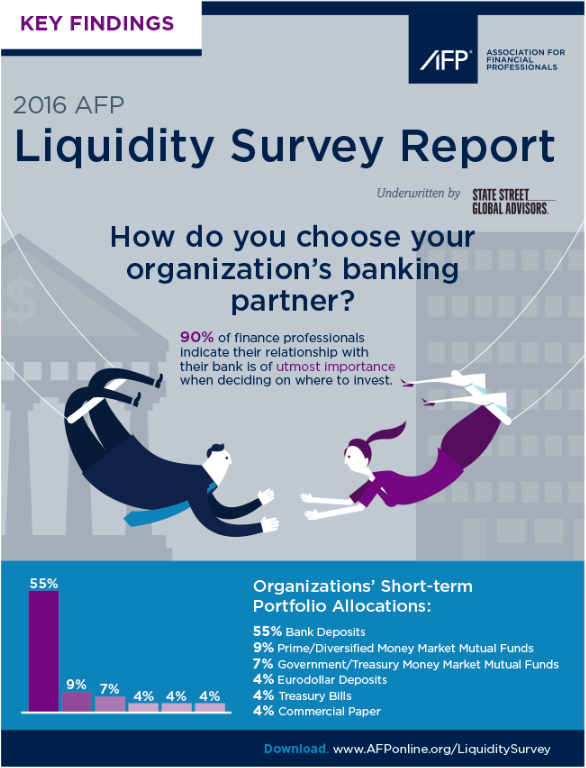