A new report shows a dramatic increase in the total number of enforcement actions initiated by the US Securities and Exchange Commission (SEC) against public company defendants and related subsidiary defendants.

The Securities Enforcement Empirical Database (SEED), which tracks and records information for SEC enforcement actions filed against public companies traded on major US exchanges and their subsidiaries, has released its Midyear FY 2016 Update, which shows a sharp rise in actions filed during 2015.

The key findings in the report were: 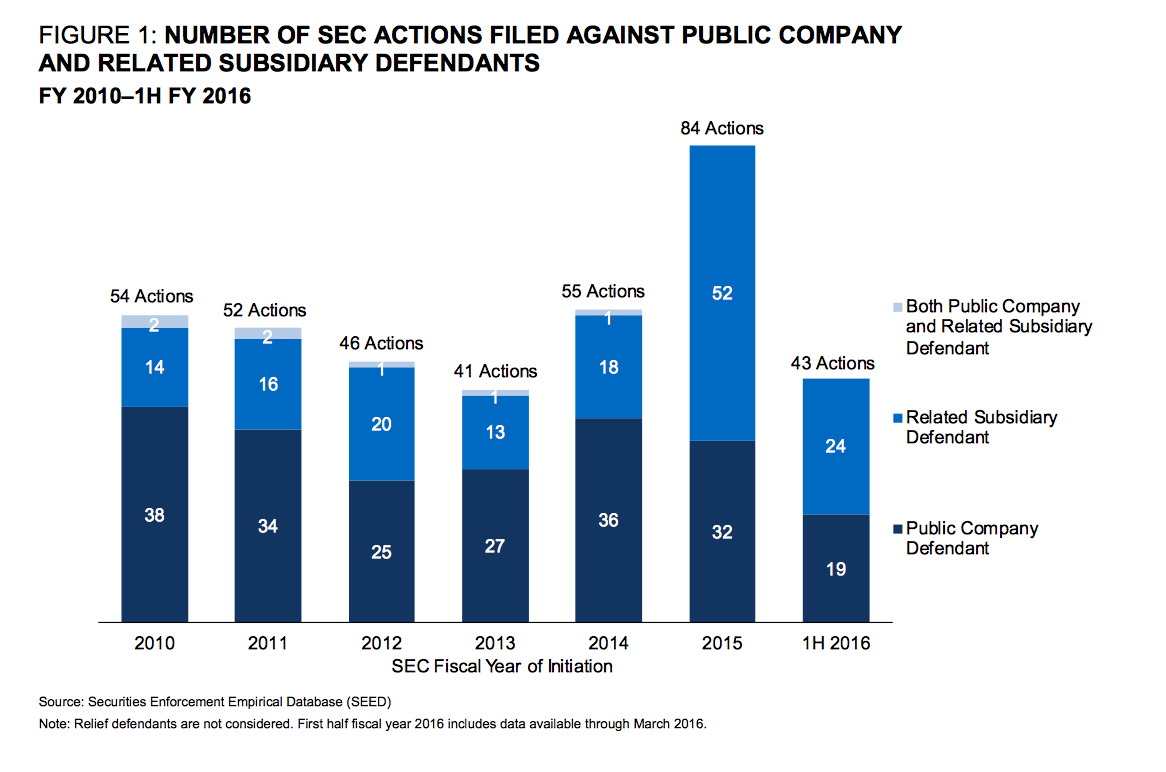 Also, the most common allegations against public company and related subsidiary defendants in the first half of 2016, as shown in figure 2 below (courtesy of SEED) were violations of: 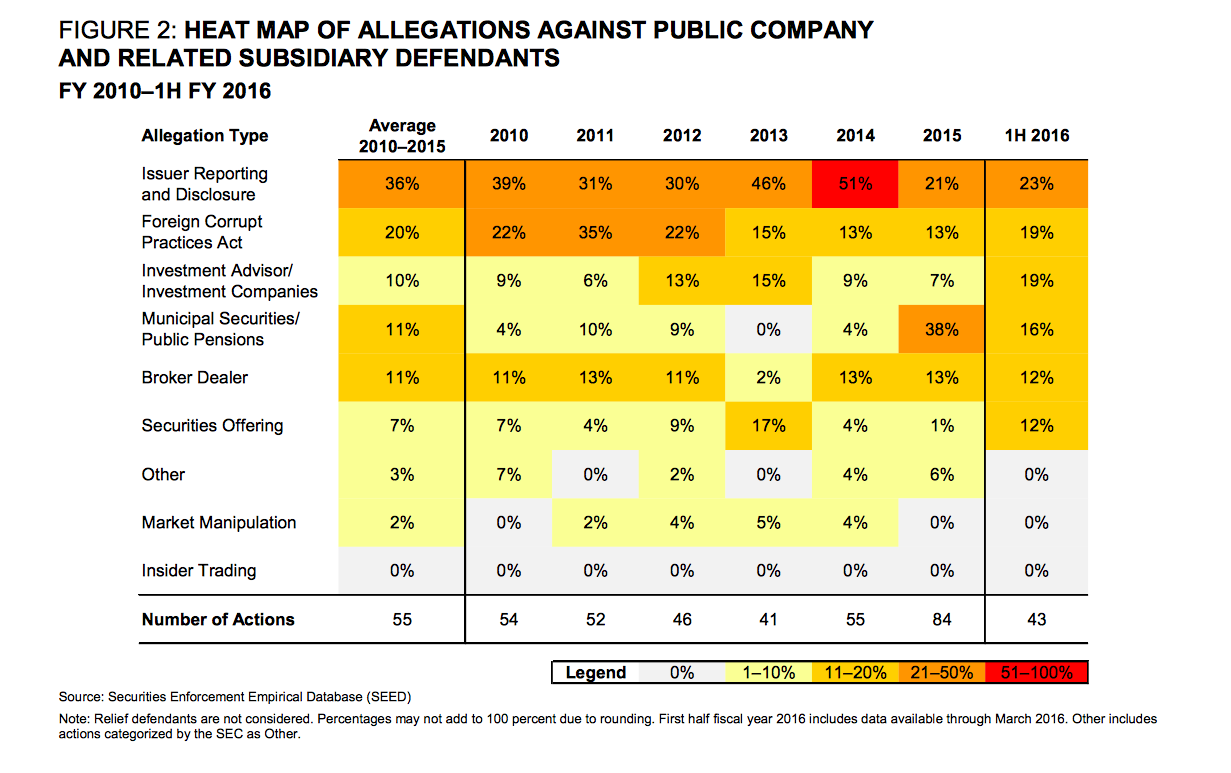 SEED is an online public resource managed by the NYU Pollack Center for Law & Business in cooperation with Cornerstone Research.