Tom Jack, Assistant Treasurer at Mondelēz International (created from the demerger from Kraft Foods in 2012) and his team inherited banking arrangements which were too complex leading to high levels of banking fees, resource intensive supporting functions and limiting the ability to take advantage of improved banking technologies. So they set themselves the objectives to:

Partner selection and project management
The first stage in their programme was to select their partners. They included their relationship banks that had ‘good’ geographic coverage and a ‘good’ technology fit as well as their current banks. A Request for Proposal was developed with input from interested departments, especially Information Systems. The objective decision criteria were set for choosing their partners with particular emphasis on depth of market coverage, pricing, their track record with peers, risk and relationship.

Project structure and timeline
The project used a Governance Structure made up of a sponsoring group - CFOs and other senior management to which reported a Steering Committee which included key players across Europe, AND members of the chosen bank, as shown below: 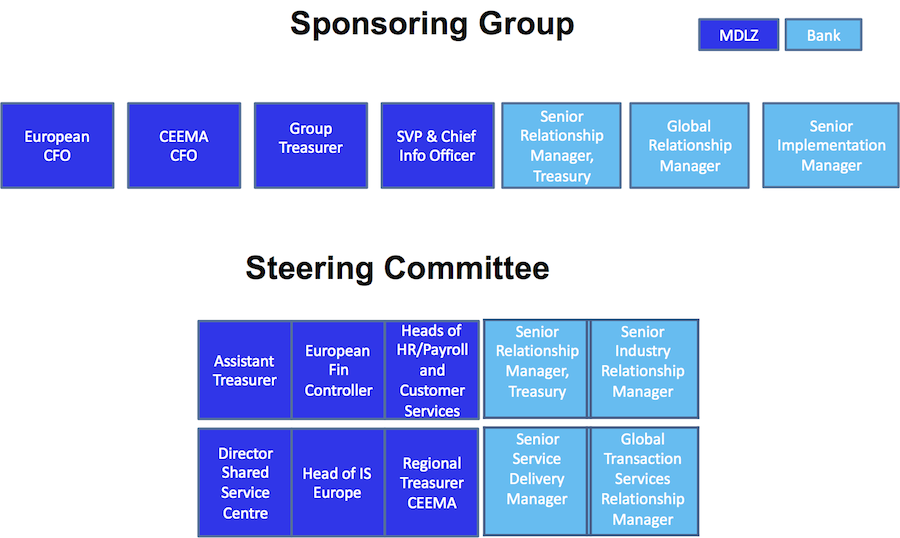 The four projects were carried out different ways:

The timeline of the project below shows how these projects overlapped as the Group reorganised: 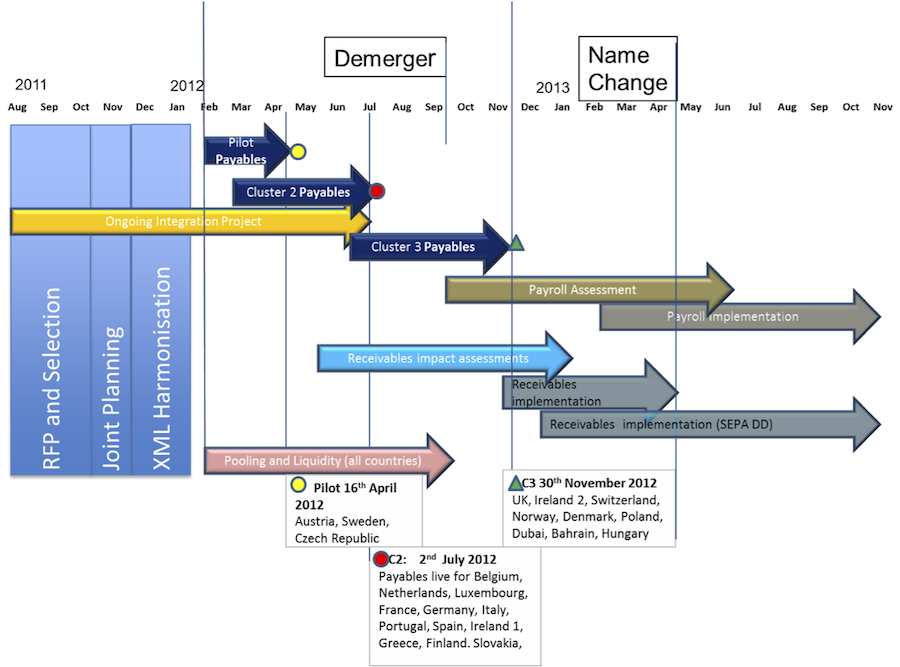 Benefits and lessons learnt
The main benefits from the banking and payment simplification project were:

Tom Jack believes that the main lessons from this project were that 1) companies need to start SWIFT membership ASAP, 2) bank account opening takes longer than expected, 3) companies need to incorporate country rules into standard XML files but be prepared for some niche methods to survive, so companies may need to retain incumbent in-country bank(s), and 4) your SEPA compliance is only as good as everyone else’s readiness when it comes to collections.

Mondelēz International’s future plans are to build on their new structure and processes to continue to reduce costs, to add other countries, to carry out further process automation using the new connectivity and file formats.

The general lesson from Mondelēz International’s programme is that moving to fewer: banks, accounts, formats, and processes always cuts costs and frees up resources, but only if you can actually deliver through excellent project management. Mondelēz International did this superbly in difficult circumstances.