A new pricing plan will take effect on 1 January 2014 and is, according to SWIFT, “designed to reflect the spirit of the international co-operative and to encourage additional traffic volume growth. It will reduce FIN message prices by 20% and will pass on EUR 52 million in savings to all users.” They said it is part strategy set out by SWIFT in 2010 to reduce its message prices by half by 2015.

Highlights of the main pricing actions in 2013-2014 include:

Sustained cost reductions for all SWIFT members over twenty years 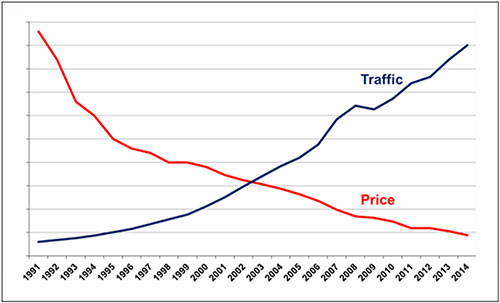 1. So ask your banks: “How are you going to reduce international payment charges in line with SWIFT’s price reduction?”

2. It makes the argument for corporates moving to SWIFT even more telling.