Financial reporting is getting harder because CFOs are struggling with huge volumes of data and are held back by outdated legacy systems, according to a report by EY.

EY Financial Accounting and Advisory Services (FAAS) found that 66 per cent of respondents said large amounts of data is having a “significant impact” on the effectiveness of corporate reporting. This is an increase from 2015, when 57 per cent said the same.

The speed with which data is created is also a problem and the report – titled How can reporting catch up with an accelerating world? – says that “CFOs are being left exposed as the increasing volume and pace of data impacts their ability to provide meaningful insights to boards at speed with no errors”.

Technological advances such as cloud-based systems, data analytics, robotic process automation (RPA) and artificial intelligence (AI) were regarded as the main driving forces between the increase of data now being generated. This was given as the top issue for 35 per cent of emerging markets respondents and the number two issue for those in Europe.

The existence of legacy systems in companies is one of the main problems. According to EY's Peter Wollmert, outdated systems don't allow reporting teams to extract forward-looking insight from large, fast-changing data sets. He said: “The result is an increasing expectation gap between what boards now look for from corporate reporting and what CFOs can deliver. Until reporting catches up with technological advancements it will continue to be compromised.”

The survey found that half the respondents said that the “complexity and cost of tackling the legacy IT environment” was the main challenges of transforming the operating model for corporate reporting. Other challenges are shown in the graph below: 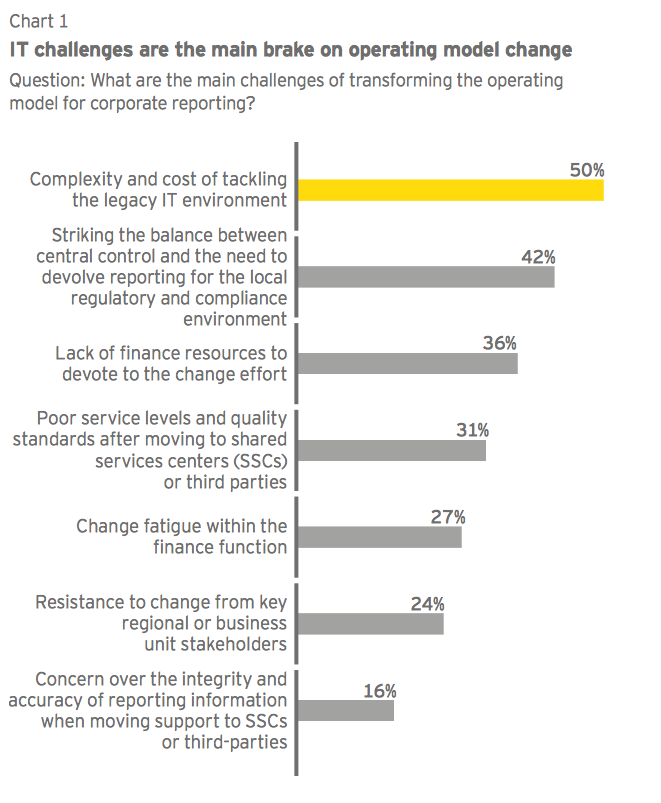 Financial reporting to be outsourced? 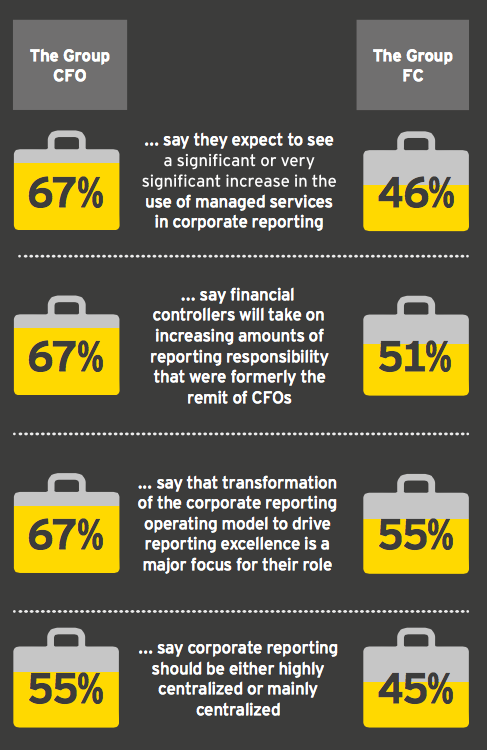 The survey polled CFOs or heads of reporting at 1,000 large organisations across 25 countries.

CTMfile take: If companies are to cope with the changes and complexity of the corporate reporting environment, CFOs need to prioritise the upgrading of IT and financial data analytics tools or consider some form of outsourcing/centralised management - noting that financial reporting requirements are only set to become more complex as regulations on reporting and tax come into force (or change, in light of the current political climate).