Many organisations in payment and finance still believe that, contrary to the mounting evidence it won’t work, if they and ALL corporates used the same KYC standards and procedures the problems, the in-efficiencies and losses would disappear. They say, “Just adopt our standards and our system and all will be seamless and easy.”

The problem is that there is no-one set of KYC and regulatory standards, and they are changing all the time. Not only this, there are:

Starting with KYC on blockchain, Tradle - a South African company -  is building a global trust provisioning network to give retail, wealth, SME and institutional customers of financial institutions faster access to capital and risk allocation. They have many innovative uses of technology to make the process as easy to load your KYC data, and manage it, e.g. giving approval for sharing your data, for example: 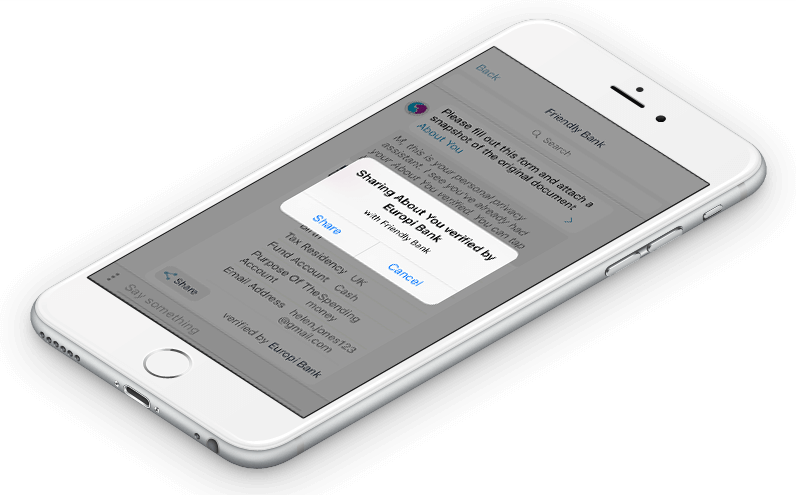 Tradle automatically accepts all KYC information in any standard and incorporates it into their KYC database. They don’t insist on any particular format. The issue is communicating and exchanging with other KYC platforms.

To overcome the lack of common standards and systems is have direct data exchange between the platforms with NO single entity in the middle controlling and standardising the process. Something along these lines: 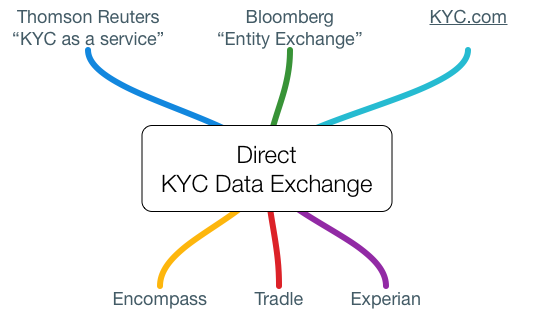 This is required to solve the realities of the global KYC and regulatory market.

Whose KYC data standards? Yours? Mine? Theirs?

SWIFT’s KYC Registry has users in more than 100 countries