A poll of 279 finance and treasury professionals, conducted at the Association for Financial Professionals (AFP) annual conference in the US last month, found that few in the financial community think their companies are prepared for the changes that artificial intelligence (AI), blockchain and robotic process automation will bring. Only 11 per cent think their company is either 'fully prepared' or 'very prepared' for these new technologies, while more than a third – 36 per cent – said their organisation is unprepared.

How technologies will disrupt business processes

The report includes three interesting forecasts that show how quickly technologies such as AI and blockchain could change how businesses operate: 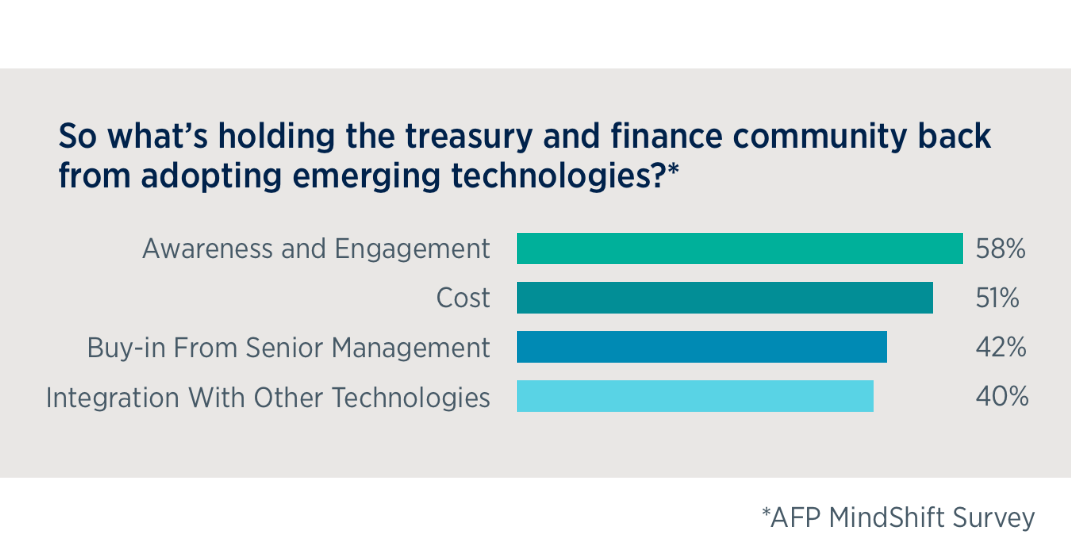 The AFP's CEO and president, Jim Kaitz, said this should serve as a wake-up call for those in the finance and treasury profession. He said: “Treasury and finance needs to get their heads out of the sand and begin to grapple with these challenges.”

How finance functions are transforming to drive business results