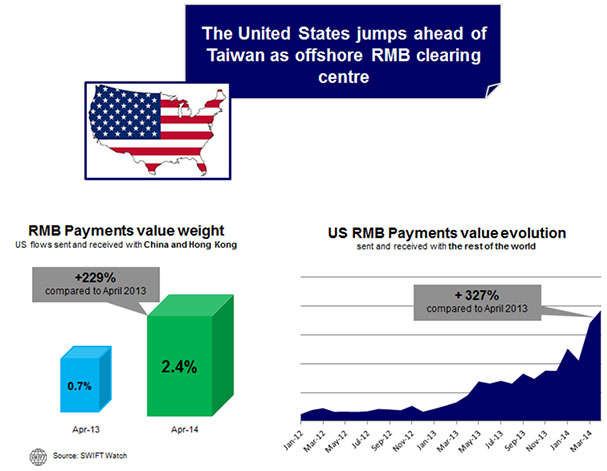 "The growing adoption of RMB payments in the United States to China/Hong Kong corridor is a significant milestone that further promotes the cross border use of the currency", says Michael Moon, Head of Payments, Asia Pacific, SWIFT. "Although the corridor remains dominated by the US dollar, data suggests that the United States is increasingly using the RMB to support its corporates that want to reach more suppliers in mainland China. This is good news for the internationalisation of the RMB as a world payments currency".

Overall, the RMB held its position as the seventh-ranked global payments currency and accounted for 1.43% of global payments, a slight decrease from 1.62% in March 2014. At a global level, all currencies increased in value by 0.6% during the month of April.