The Financial Times (FT) has been calling out Wirecard for foul play since 2015. Now, two years after Wirecard’s collapse and admission that half its supposed revenues did not exist, FT has come forward with more claims about how the German payment processor pulled off its scam.

According to this most recent report, Wirecard fabricated client data and other internal records in order to gain a €900 million SoftBank investment in 2019. The bank expressed concerns about going forward with the investment in the face of FT’s allegations against Wirecard and asked to see certain client lists to prove that the payment processor’s operations were legitimate. Wirecard reportedly showed them falsified data in response. The resulting substantial investment seems to have suggested a “vote of confidence” amidst FT’s questioning, and it was followed by another €500 million in bond issuance.

These new details and others – such as Stephan von Erffa, Wirecard’s former head of accounting, admitting to document forgery (again, per FT) – are continuing to come out as Markus Braun, former Wirecard CEO, and other executives are prosecuted in Munich.

The Association of Financial Professionals runs an annual survey of corporate treasury, and this year’s iteration shows that 37% of respondents had increased their cash holdings over the past year. A follow-up question probed the reasons for the increase, and while responses varied, the option selected as having impact by the most respondents was “increased operating cash flow.” 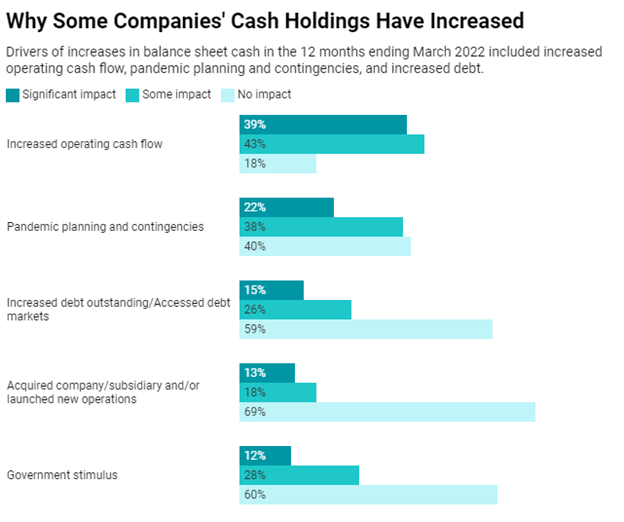 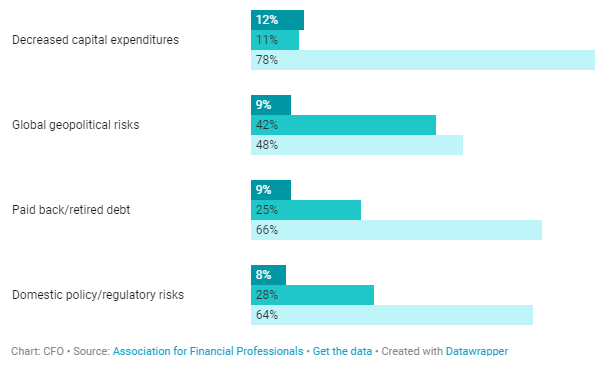 The AFP commented that the movement to “reduce spending and focus inwardly on cost” is driven by the current “volatile and uncertain” situation in the economy, and that they do not expect to see the trend stop soon – “especially since there is no clear timeframe as to when the situation will be more stable.” CFO.com’s commentary on the survey findings suggests that maintaining the trend in Q3 will not be easy, given the rising costs of debt and the slow economy, but notes that “nothing ever is [easy] in this kind of economic environment.”

Based on their most recent fraud studies, Juniper Research is now predicting that merchant losses to online payment fraud will cumulatively and globally total over US $343 billion between 2023 and 2027. Criminals are continuing to innovate in areas such as account takeover fraud, and Juniper Research says that innovations such as this are at the forefront of the growth in fraud.

Identify verification measures are seeing widespread use, but they do not seem to be adequately preventing account takeovers. Juniper Research suggests that more work and more thoughtfully calibrated measures are required in order to effectively combat the criminal innovation they expect to lead to such devastatingly large losses.

Stablecoin happenings in the aftermath of the Tether debacle

In the wake of Tether (USDT), the largest stablecoin, slipping off its dollar peg in mid-May, the stablecoin arena is seeing a variety of action. Some of these happenings show concerns, while others suggest confidence that the stablecoin model is still viable: