The Bank for International Settlements (BIS) has published the December 2016 issue of the BIS Quarterly Review, which looks at data from the 2016 Triennial Central Bank Survey of foreign exchange (FX) and OTC derivatives markets.

The main article – Downsized FX markets: causes and implications – in this edition of the quarterly publication looks at what is happening in global FX markets, focusing on the 2016 BIS survey.

The triennial FX survey, which is a benchmark of the global FX market, was conducted in April this year. Analysis of the survey results suggest there are three emerging themes: 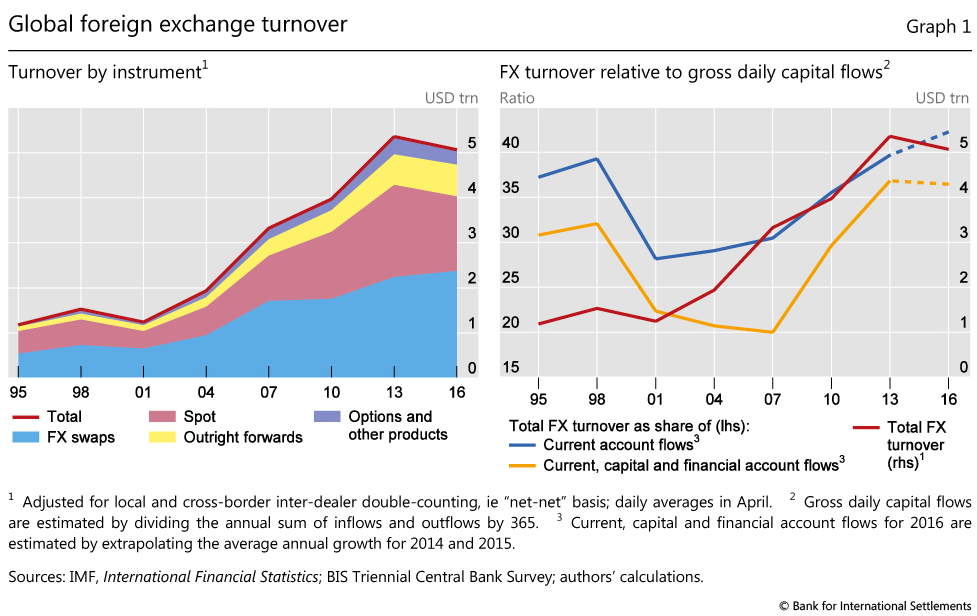 Does the financial channel of exchange rates offset the trade channel?

FX Risk Management in a New Era of Volatility

FX global code of conduct to promote standards and efficiency