The European Central Bank (ECB) has published a set of structural financial indicators for the banking sector in the European Union (EU).

Of particular note for corporate treasuries are the figures showing that banks in the EU have down-sized considerably since 2011. The data shows that:

The report also shows how assets under management have been rising and falling in various EU countries in the past five years. Overall, assets reported by branches of credit institutions in the EU have remained broadly stable since 2011. Credit institutions from EU countries had €2.5 trillion-worth of assets in 2015, down from €2.7 trillion in 2011. Branches of credit institutions from non-EU countries maintained similar stability, with €2.443 trillion-worth of assets last year, compared to €2.447 trillion in 2011. Of note is that the vast majority of assets under management, from both EU and non-EU banks, are based in the UK.

The importance of the UK financial sector, in terms of total assets reported by branches of credit institutions from EU and non-EU countries, is shown in the table below, courtesy of the ECB: 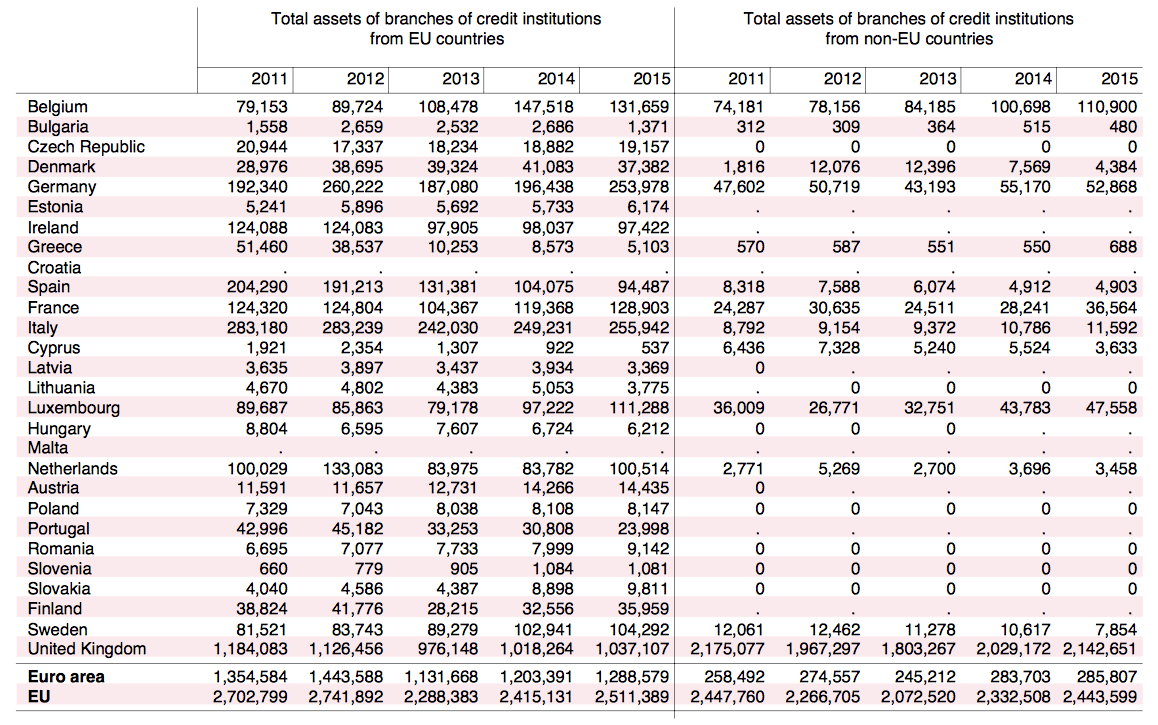 NSFR rule will force US banks to hold more cash

Basel III and managing its impact on Bank Relationship Management