John McDermott in his blog today for the Financial Times (only available to subscribers) reports on “The Future of Employment“, a paper by Carl Frey and Michael Osborne, academics at Oxford University who used US data to forecast which jobs are most and least likely to be replaced by technology in the next two decades. McDermott links this with research in The Second Machine Age, a much-cited book by Erik Brynjolfsson and Andrew McAfee. Brynjolfsson and McAfee argue that “computers and other digital advances are doing for mental power … what the steam engine and its descendants did for physical power”.

Frey and Osborne admit that their methodology has limitations as it doesn’t include: any prices for labour and capital, political resistance is not factored in, and it doesn’t free up time within jobs to do other tasks - as corporate treasurers often argue when justifying more automation. However, their chart, below, could predict serious consequences for the corporate treasury department as well as for accountants and auditors. 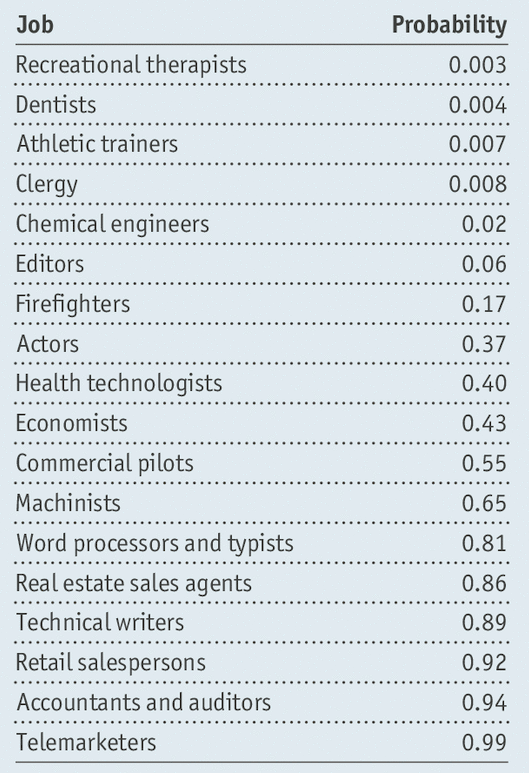