Managing risk is the key mandate for most treasury departments and managing FX volatility is the main challenge, accord to Deloitte's Global Corporate Treasury Survey 2017.

Of the more than 200 companies in the survey, the majority (69 per cent) had fewer than 10 full-time employees (FTEs), while 8 per cent had more than 40 FTEs.

The survey suggests that most companies see their treasury department as a risk management function, in charge of managing company risk and liquidity risk in particular. Deloitte's report notes: “Interestingly, 15% of respondents, distributed across all industries and revenue brackets, highlighted their mandate to become a profit centre – a shift from traditional treasury as a cost centre of past years.” 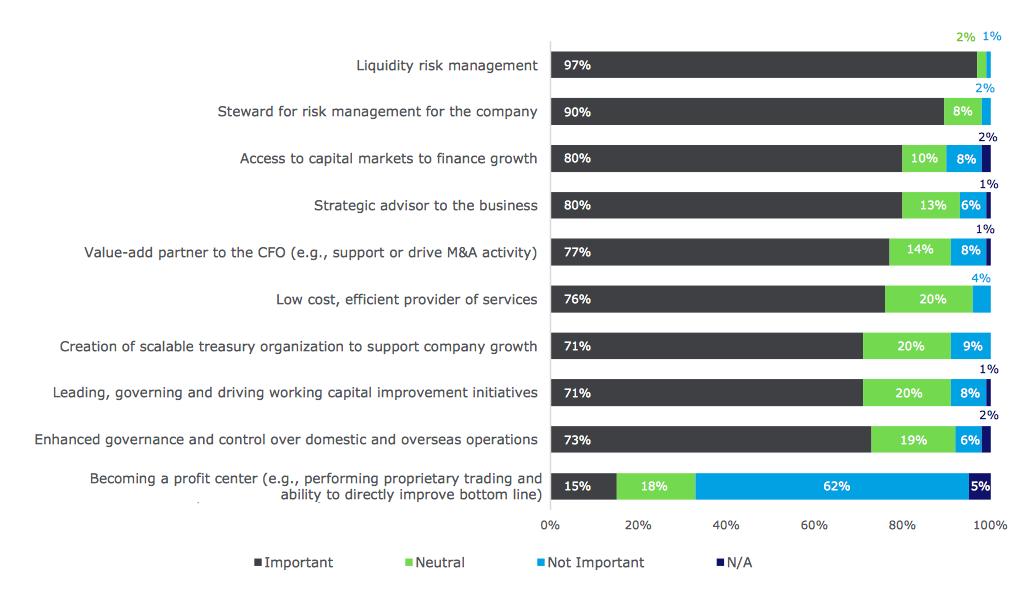 More than half – 52 per cent – of treasurers said that FX volatility is their main strategic challenge, while many also named the following challenges:

Deloitte's report noted: “A key concern around technology is the speed with which the market is moving and being able to identify ‘which train to jump on’, and the impact of banking and tax reforms is an emerging challenge.”