More than one in five billing organisations have had payments data stolen in the past 12 months according to research by Ovum, in conjunction with ACI Worldwide. The 2018 Global Payments Insight Survey: Bill Pay Services, which is based on replies from billing organisations, found that 22 per cent have lost payments data during targeted attacks in the past year. The report said that billing organisations are increasing their investment in payment-related technology in 2018 to tackle the need for greater efficiency and security. However, data from the report shows that only 6 per cent of those surveyed said that enhancing security and reducing the risk of fraud and financial crime were the main factors driving investment in payments infrastructure. Rather, respondents said that factors such as 'improving the cross-channel experience' and 'improved integration with ERP' were driving their payments IT investments. It also found that 82 per cent of organisations have introduced a new security framework in the past 12 months to reduce risk of data breaches (see graph below). 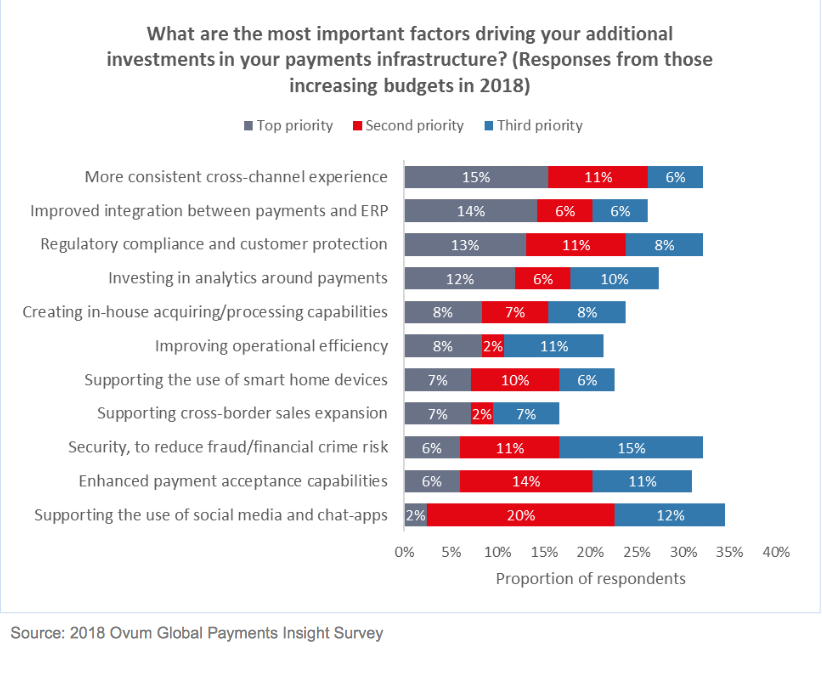 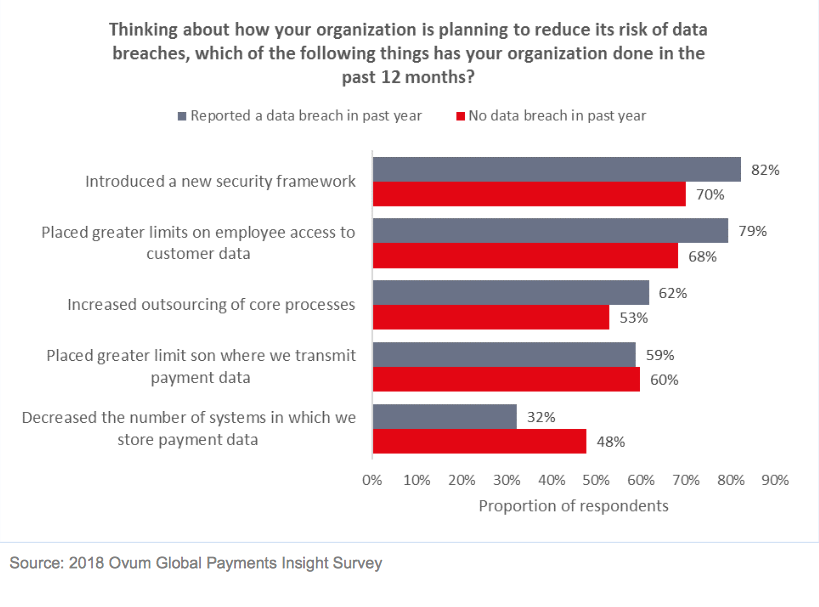 The report also flags up that the majority of corporates (82 per cent) expect faster payments to deliver cost savings. And it shows that more investment is needed in mobile channels, which continue to be consumers' preferred channel. The report notes that “a significant minority of respondents are recognising the potential of voice-activated commands and smart home devices”.

It also found that a majority of companies (90 per cent) are now planning to better integrate their payment and ERP systems (up from 69 per cent in 2017). 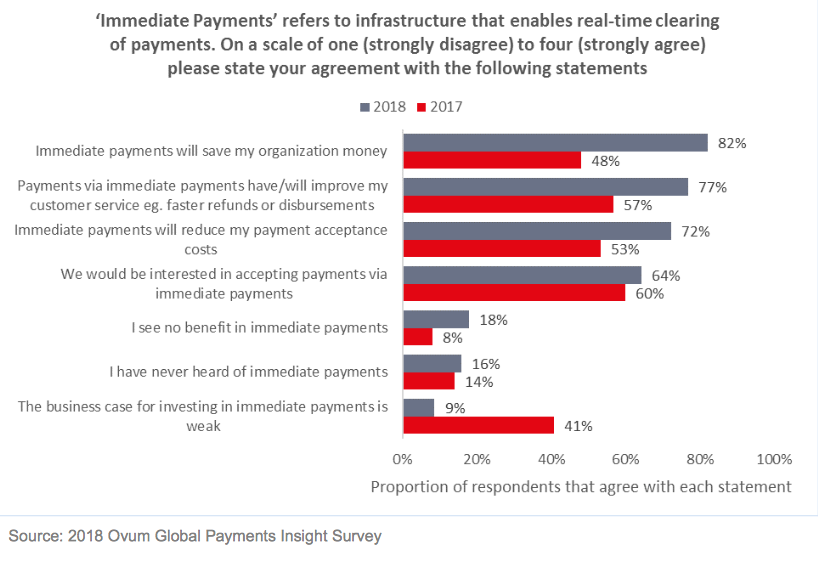 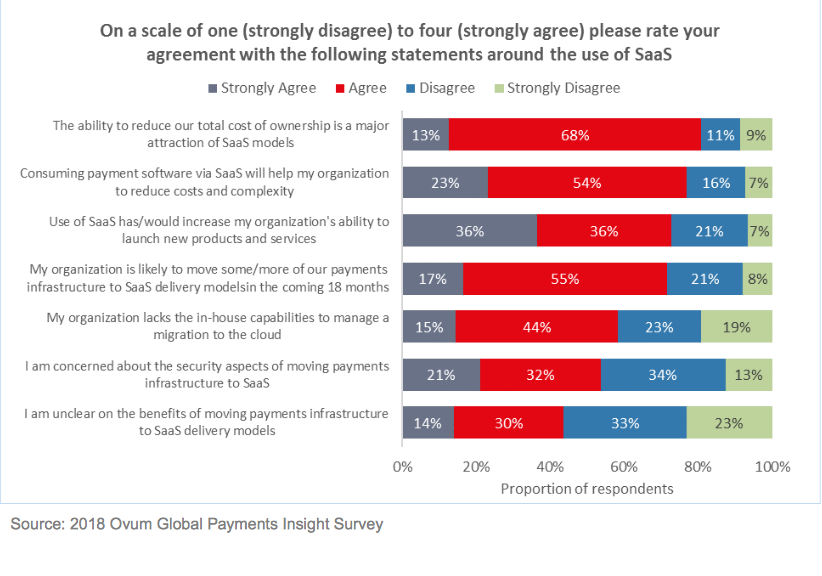 The key findings in the survey were:

Are your bank fees in compliance with your payables policy?

Smart Contracts are changing the way the world banks and invests