Renminbi is now the currency of choice for three in 10 payments between South Africa and Greater China, according to Swift's RMB Tracker. Use of the Chinese currency for transactions between the two countries increased by 33 percent in the past 12 months, while the increase over the past 24 months was almost two-fold (191 percent), see graphic. 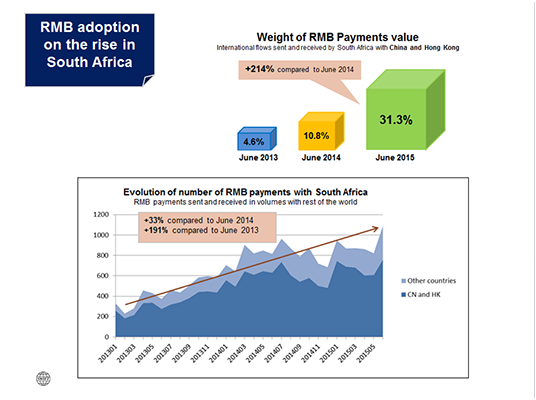 “Much of this growth has to do with the strengthened bi-lateral relations between South Africa and China, which were renewed at the end of 2014 to include trade co-operation and sustainable investment opportunities between the two countries. As a result of this effort, RMB usage in South Africa should continue to grow at a good rate,” says Hugo Smit, head of Africa South for Swift.