This is not a joke. SwapsTech, leading provider of powerful financial technology solutions, participating in NACHA Faster Payments Conference, have announced that, “It is establishing a payment network ZillPay™, touted as “Mother of All Payments™”, for connecting domestic and global financial institutions with businesses, merchants, and consumers, offering convenient, secure, transparent, ubiquitous and faster payments.” 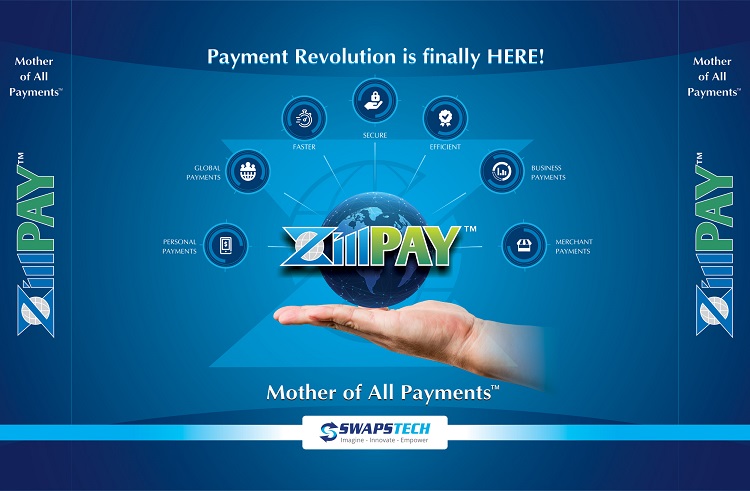 ZillPay™ will use more secure “Unique Payment Address (UPA)”, which could be used in place of bank account numbers, credit card, and other payment account numbers. Businesses and Merchants can use their UPA in their invoices and get paid without asking for exposed account numbers. Individuals can pay and receive funds in real time using UPA. Financial Institutions can also buy and sell foreign currencies, receive instant settlements, and deliver the currency to their customers in real time.

UPA is linked to a bank account, but is transferrable to any financial institution, eliminating the need to update the parties using the UPA.

UPA can be used to send money, pay invoices, request money, and print them on invoices to get paid. ZillPay™ network orchestrates the secure movement of money from the payer’s account to receiver’s account upon payer authorization.

The justification for using UPA:

SwapsTech have prepared a video to explain how important it is to replace bank accounts numbers by UTA, see here. The video is a bit naff, but it does show the concept.

SwapsTech’s Press Release  claims that, “Global transactions will be faster and more efficient, as Financial Institutions participating in the network can buy and sell currencies, receive instant settlements, and instruct the delivery of currency to the beneficiary on real time.”

While Murthy Balusu, CTO of SwapsTech feels that, “SwapsTech’s proprietary plug & play technology will make it easier for the financial institutions to adopt, connect to ZillPay™, and go to market faster. At SwapsTech, we are committed to bringing the advancements in technology to the financial industry, to bring efficiency, save time, and make the consumers feel safe and convenient.”

CTMfile take: These extravagant claims are based on some sound reasoning: plug & play technology is essential in any new initiative, and the open use of bank account numbers is asking for trouble (the banks and payment systems have got it big time), however, it is not clear how the SwapsTech’s technologies can takeover payment systems world-wide.

How fintech will shape payments and trading in 2017

How one fintech aims to give bond market a digital makeover

Five fintech trends that will shake payments & cash management in 2017