The Association of Corporate Treasurers/Kyriba 2015 online survey annual survey of ACT members conducted by Kyriba and the ACT in February and March 2015 revealed some surprising truths about today’s ACT members’ operations and focus. (All results reported below - Source & Copyright©2015 - Kyriba Corporation/ACT.)

Respondents reported that FX would be the most important of the top three risk factors impacting their corporate treasury department in the coming year: 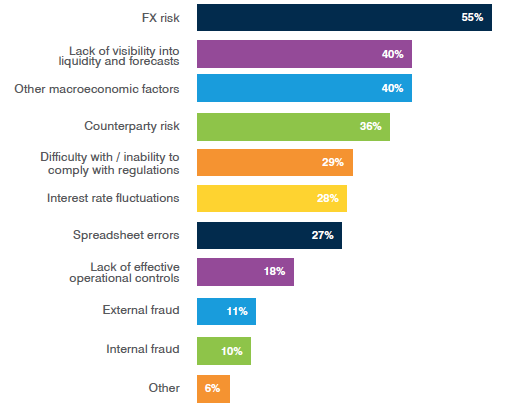 The critical importance of corporate treasury department in their company’s strategic decisions was shown by respondents role in the following activities: 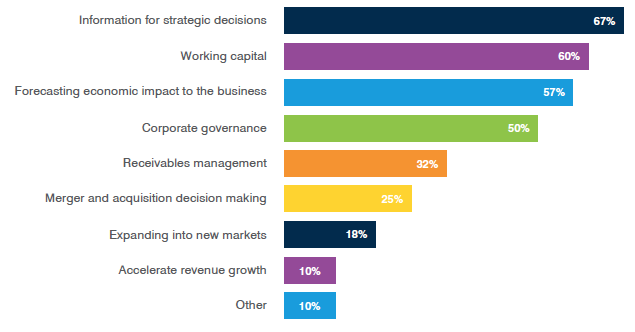 Cash and liquidity management + cash flow forecasting were the respondents’ top two in the three biggest priorities in the coming year: 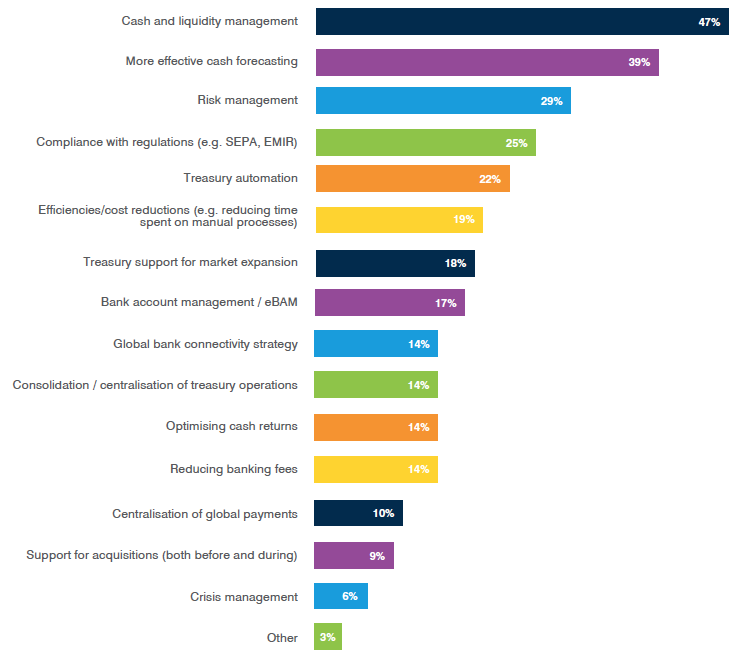 * The survey responses were from 303 ACT members* (of which 41% were from UK and rest world-wide). The responses are taken from a cross-section of finance and treasury professionals, across a broad range of company types and sizes.