Fraud is ubiquitous in all types of business, all walks of life, and all regions/countries world-wide. Fraud prevention varies by type of fraud. There is no single solution.

Occupational fraud is by far the biggest source of fraud today. The Association of Certified Fraud Examiners, estimate it cost companies and governments world-wide some $$3.7 BILLION in 2013. (Some experts think the global figure is probably much higher.) Sadly the three sources of occupational fraud - asset misappropriations, corruption and financial statement fraud - are not something they or the perpetrators want to talk about. Unlike hackers who brag about their latest cyberfraud. Occupational fraud is, ACFE estimate, increasing year on year. The conclusions and recommendations in their latest report make - see - make scary reading:

Occupational fraud prevention requires a new approach as shown above.

Although there have been several initiatives over the last year in preventing payment fraud in the UK, the 2014 figures show they are not doing very well, as overall fraud continues to rise. Highlights of the results included: 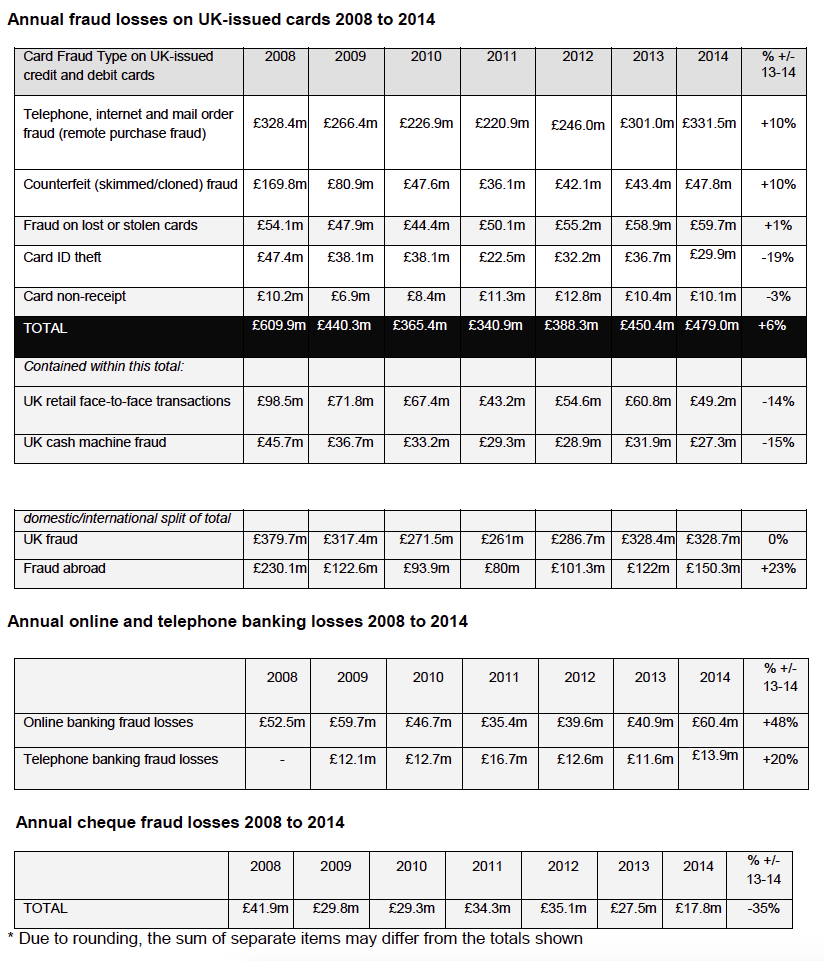