Chief financial officers (CFOs) in North America are increasingly optimistic about their company's prospects according to the latest CFO Signals survey for Q1 2018, by Deloitte. The study found that 59 per cent of the 155 CFOs surveyed said they were more optimistic about their own company’s prospects. They are also more buoyant about the prospects of the economy in North America, with almost 90 per cent saying that current conditions are good (compared to 74 per cent last quarter). The CFOs surveyed were also more confident about Europe's economy (55 per cent said current economic conditions in Europe are good, while 50 per cent said the same of China). The survey's respondents also expect higher levels of revenue growth, earnings growth, growth in capital investment and growth in domestic personnel.

Some of the main findings include:

The passage of tax reform through US Congress is thought to be an important factor behind the increased business confidence. The survey's results show that, as a result of US tax reform, financial executives expect increase spending as follows:

Deloitte's Greg Dickinson commented: “Tax reform was intended to increase companies’ domestic investment, hiring and pay, and CFOs’ survey responses seem to indicate that the new tax law will aid all of these to a very substantial extent. There’s still a challenge, however, with CFOs voicing even stronger concerns about their ability to secure key talent and deliver major initiatives.” 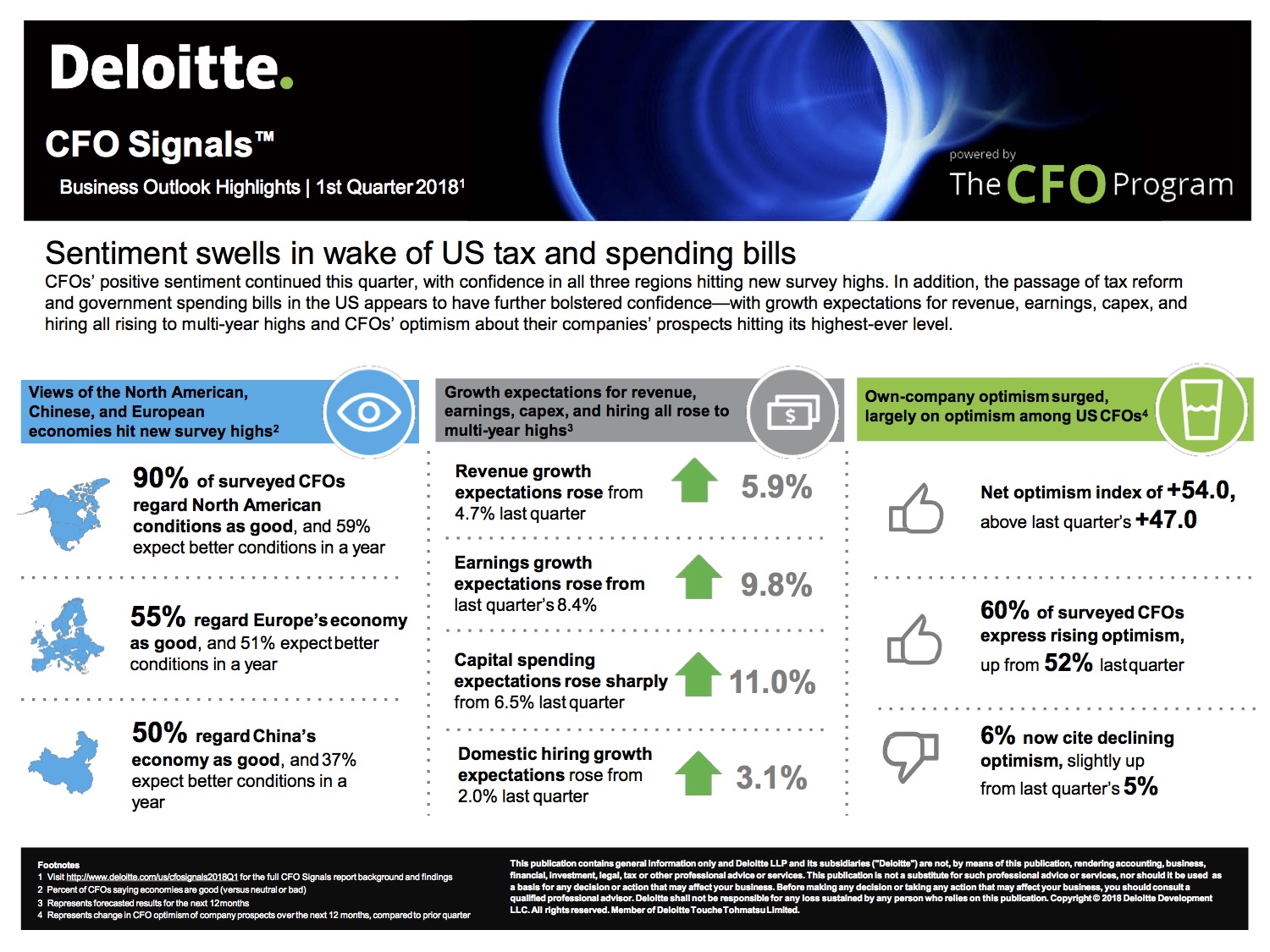 CFO top risk for 2018: our organization’s ability to react