Progress is gathering pace for the OECD's Base Erosion and Profit-shifting (BEPS) initiative. What are the latest developments and what will the role of corporate treasury be in planning for changes to corporate tax strategy?

The Organisation for Economic Cooperation and Development (OECD) has now released all the key instruments needed for its BEPS initiative (namely: the BEPS reports, Transfer Pricing Guidelines and the Multilateral Instrument/MLI) and two-thirds of companies are already actively preparing to comply, according to a survey conducted by Thomson Reuters last August. Now that the EU and other countries are legislating and providing more clarity on how they will implement BEPS, it's a good time for companies to take stock and consider how their operations and tax strategy might change.

A 2016 year-end review by EY points out some of the most recent developments: 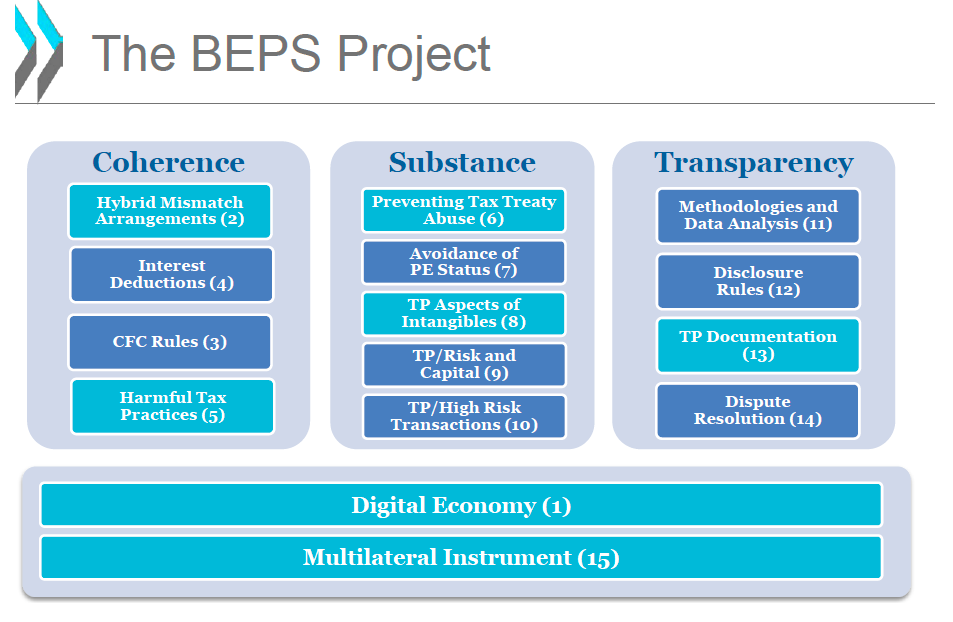 According to EY's Zachary John, writing in Treasury&Risk, the BEPS project is now setting recommended minimum standards for these 15 actions and has completed standards for actions 5, 6, 13 and 14.

Some of the BEPS actions will mean that multinationals have to seriously rethink their organisational and fiscal structures and action 13 – re-examine transfer pricing documentation and country-by-country reporting – will in particular require expertise from corporate treasury. EY's John writes: “... as country-by-country reporting is adopted in participating countries, corporate treasurers will have to assist the tax function in identifying income, whether through the implementation or modification of technology or redesign of a process that may not capture the level of detail required.”

John adds: “Tax departments should consider a change in how they report income in all the affected tax jurisdictions, and they will likely lean on treasury to supply income and revenue information by country, as well as information about any applicable transfer pricing.”