No accounts receivable department wants to have to recover debt – but if your company is in that predicament, which countries make collecting due payments a complex process? A report by Euler Hermes, published yesterday, shows that Sweden, Germany and Ireland are the easiest countries in the world in which to collect a debt. It's far more complicated to collect debt in Saudi Arabia, the United Arab Emirates and Malaysia – and international debt collection is three times more complex in Saudi Arabia than in Sweden.

Euler Hermes used the specialist knowledge of its debt collection experts worldwide to compile a ranking of countries by the complexity of their international debt collection procedures, taking into consideration local payment practices, local court proceedings and local insolvency proceedings. The conclusions are published in the 2018 Global Ranking debt collection report.

The following graph shows that Sweden and Germany have a low debt collection complexity rating of 30, compared to Saudi Arabia with the highest rating of 94. 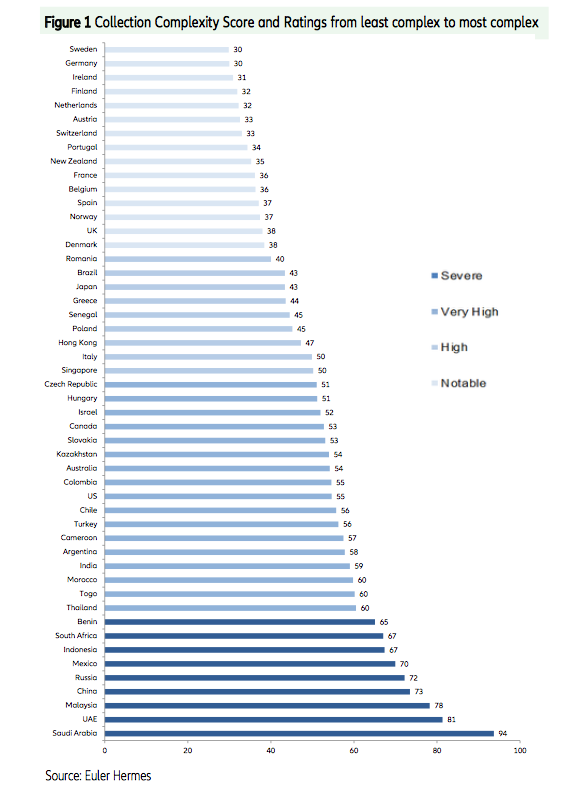 Overall, Western European and developed countries have the least complex debt collection practices, while Africa, Asia and the Middle East have some of the most complex systems. Some of the notable exceptions are the US, which has a 'very high' level of complexity, along with Australia and Canada. Some of the emerging markets where debt collection is relatively easy include Romania and Brazil. The report suggests that it's less complex to collect debt in Romania, Brazil or Senegal than it is in Italy, Singapore or the US.

The main factor that makes international debt collection difficult in most countries is local insolvency proceedings. Euler Hermes found that, on average, they contribute to half of the collection complexity of countries. The report states: “Insolvency-related complexity is clearly more of a challenge in the Middle East than in Western Europe. The most frequent issue, mentioned for almost all countries, is the low probability to recover a debt as an unsecured creditor in practice when the liquidation proceedings have commenced.”

In terms of insolvency-related complexity, the top two concerns were:

While for complexity related to court proceedings, the top two concerns were:

And when it comes to payments-related complexity, the two foremost concerns were poor payment culture and payment terms longer than 30 days, as shown in the graph below: 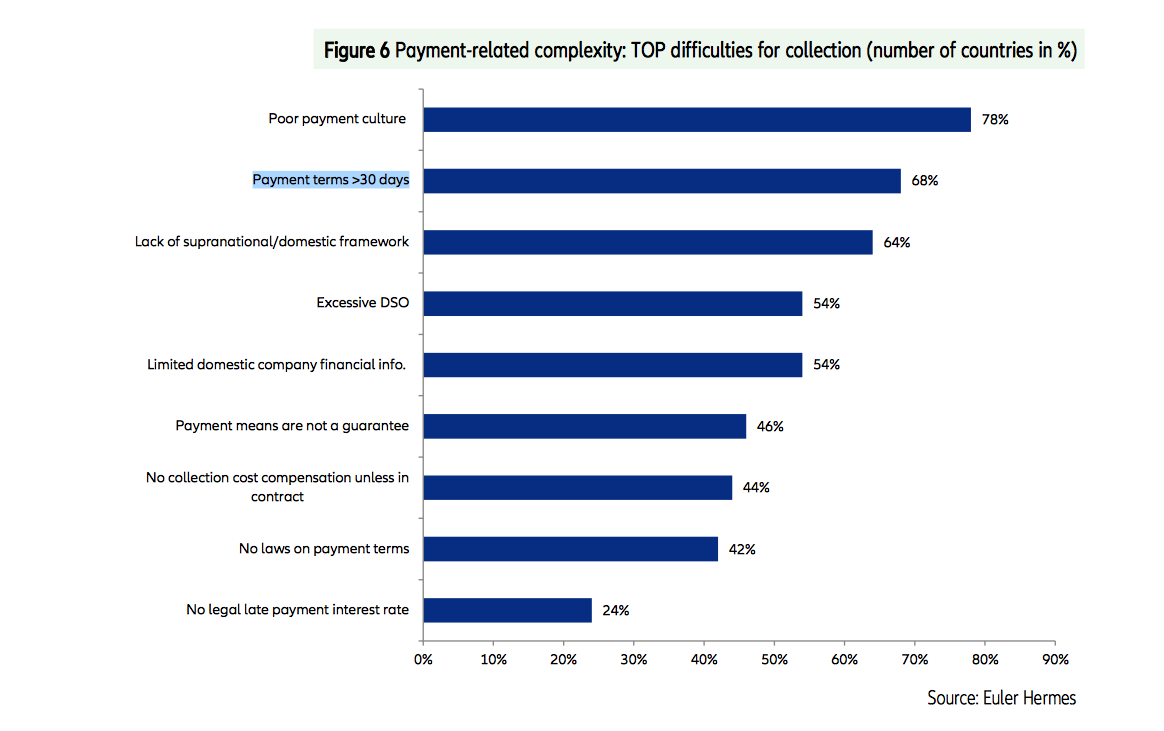